Yes, skin color is a license to murder 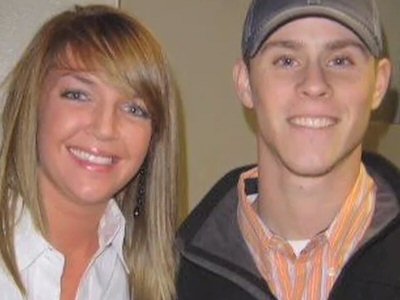 “…the color of one’s skin remains a license to profile, to arrest and to even murder…”
​
He’s absolutely right. To wit:
January 6, 2007: Channon Christian and Christopher Newsom are kidnapped, tortured and murdered by four black men and one black woman.

Authorities ultimately determined that Newsom and Christian had dined at a local restaurant on the night of Jan. 6. Afterward, Christian spoke briefly with her mother and told her that she and Newsom were planning to visit a friend’s house to watch a movie. Sometime after that call took place, Christian and Newsom were abducted from an apartment complex parking lot. Over the course of the next several hours, the pair was beaten, raped, tortured and murdered.
According to later court testimony by Knox County Acting Medical Examiner Dr. Darinka Mileusnic-Polchan, Newsom had been repeatedly sodomized with an object. His limbs were bound, he was gagged and blindfolded. At some point in the early morning hours of Jan. 7, 2007, Newsom was dragged outside to a set of nearby railroad tracks, where he was shot execution-style, in the back of his head, neck and back. His body was then set ablaze, Mileusnic-Polchan testified.
The medical examiner said Christian’s last few hours on earth were also horrific and unthinkable.
The young woman, he said, was tortured for several hours and sustained injuries to her mouth, anus and vagina. She had been beaten about the head with an unknown object and raped. Afterward, bleach was poured over Christian’s body and down her throat, in an apparent attempt to destroy DNA evidence. She was, an autopsy indicated, alive while the torture and degradations occurred. Christian was then hog-tied and covered with several bags before she was placed in a disposal bin, where she slowly suffocated to death, Mileusnic-Polchan testified.
​
June 16, 2012: Marley Lion is shot to death by two black men in Charleston, SC.
June 30: In Mableton GA Jacob Chellew is beaten by four black youths and is pushed into moving traffic and is killed.
August 22: WWII vet Delbert Belton took a bullet in the leg at Okinawa and survived. He was beaten to death with flashlights by two black youths.
August 12: David Santucci was shot to death by a trio of black youths in Memphis.
July 29: Natasha Martinez, a 17 year old white Hispanic, is stabbed 11 times by a black man wearing a hoodie.
August 11: Raymond Widstrand was walking in St. Paul MN when he was attacked by of a group of black youths and beaten severely enough to leave with brain swelling.
August 16: Christopher Lane, a college baseball player from Australia is gunned down by a black youth in Duncan, Oklahoma
March 21: 13 month old Antonio West is shot between the eyes by a black youth in Brunswick GA.
Comparisons have been drawn between these deaths and that of Trayvon Martin. The response?


Calm down, you white people.

One could say that these crimes were not racist in nature or hateful. I would make the claim that Trayvon Martin's death was his own fault. He just happened to assault the wrong person.
Last edited: Aug 26, 2013

I totally thought the correct verdict was rendered and I was happy to see it but isn't it time to move on from the Zimmerman case?
Last edited: Aug 26, 2013

X Factor said:
I totally thought the correct verdict was rendered and I was happy to see it but isn't it time to move on from the Zimmerman case?
Click to expand...

BTW, if skin color was a license to murder, none of those people would have been charged with or convicted of a crime and I'm sure that's not the case. This just strikes me as race baiting.

King Of The Dog Pound

X Factor said:
BTW, if skin color was a license to murder, none of those people would have been charged with or convicted of a crime and I'm sure that's not the case. This just strikes me as race baiting.
Click to expand...

You would be correct.

I started to read it, but I stopped. It's too disgusting to finish.