The Trump era seems to be speeding partisan shifts. 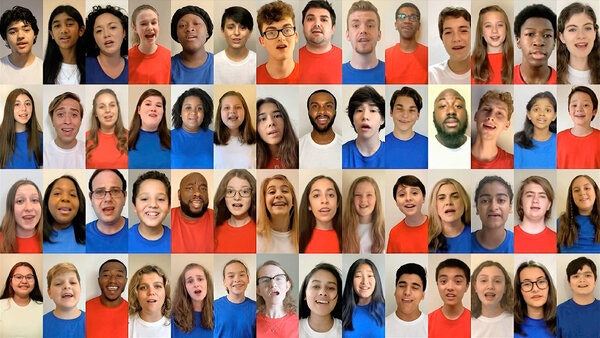 8/18/20
The Democratic convention kicked off on Monday with a deliberate, unmissable emphasis on diversity. The lineup of speakers and introduced guests was similarly diverse, a pointed reflection of the country and, by itself, an intentional contrast to President Trump and his politics. It’s important not to lose sight, though, of the fact that the Democratic Party itself is both far more diverse than its polar opposite but, also, than the country itself. Pew Research Center has tracked the demographics of the parties — and the partisanship of demographic groups — since the 1990s. The evolution of its data over time provide a lot of insight into the current political moment. Take race and ethnicity, for example. In 1996, 85 percent of the country was non-Hispanic White. Nearly all of the Republican Party — 94 percent — was White, as was three-quarters of the Democratic Party. Most of the non-White Democratic population was Black. In the most recent Pew assessment, looking at 2018 and 2019 (we’ll use 2019 below, for simplicity’s sake), we see that about 7-in-10 Americans are White, compared to 6-in-10 Democrats and 8-in-10 Republicans.

As America becomes more non-homogeneous racially and ethnically, the percentage of Republicans in the population is shrinking.

Since this population diversification will continue into the foreseeable future, the GOP is on a negative spiral to political extinction.

Not surprising, at all.

To be fair, both parties tend to reflect the racial demographics of their voters, it just so happens Republicans are almost exclusively white.

If you ask them why you'll usually get some nonsense about "minorities being on the democratic plantation", which actually gives you one of the real reasons the Republicans don't have any minorities.
B

Rogue Valley said:
The Democratic Party was more racially diverse in 1996 than the Republican Party is today

The Trump era seems to be speeding partisan shifts.

As America becomes more non-homogeneous racially and ethnically, the percentage of Republicans in the population is shrinking.

Since this population diversification will continue into the foreseeable future, the GOP is on a negative spiral to political extinction.
Click to expand...

Hence, the Lincoln Project. And what they will come up with after the election to reconvert what is now the Trumplican party back to the Republican party it was when African-American Edward Brooke became a Rep Senator.

The Dem party has had more minorities in Congress most every yr since 1869 except when the Dem party was the more conservative party: