NO Sympathy from me!
Wonder how many he has killed.

I can also see that his religion killed him. 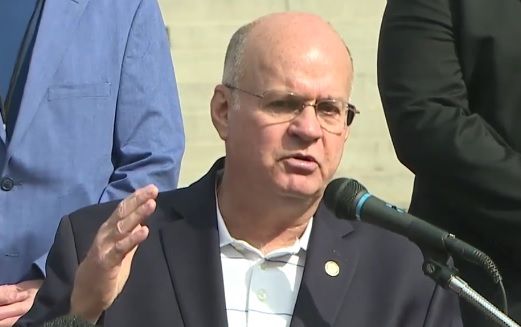 Pressley Stutts, then Chairman of the United Patriot Alliance, along with dozens of people gathered outside the State House September 15, 2020 holding up signs, and urging state lawmakers to stop fearing the virus. (ABC Columbia) GREENVILLE, S.C. (WOLO, AP) – A tea party Republican who recently...


Over the summer, Stutts led a group loyal to former President Donald Trump to force the resignation of several Greenville County Republican Party leaders. Stutts said he was following Trump’s wishes to kick anyone who didn’t fully support the former president out of the Republican party.


Stutts had been hospitalized with COVID-19 since late July, frequently updating his health on Facebook.


Stutts wrote COVID-19 was serious, but he couldn’t support mask or vaccine mandates because they encroach on American freedoms.


His final post came five days before his death, when he wrote he chose to go on a ventilator and planned to “wake up from this short rest and be back in the game soon!”


“This is my OWN decision. I trust God to keep me. I ask you to trust Him, too,” Stutts wrote.
Click to expand...

Greeneville, SC, I lived there in the 1990's. This was before the rest of the rural parts of the country turned crazy like they were. And, woo boy, were those Greenvillians crazy. Wild thing is, G'Ville was one of the more progressive areas in the state.

I'm sorry that he died.

Helix said:
I'm sorry that he died.
Click to expand...

Yes, me too. When we as a nation starting enjoying the deaths of people we disagree with that crosses the line.

all could have been prevented. This guy died for the advancement of his politics.

Nothing of value was lost.

Tell me about it. Those George Floyd threads were doozies.

"I have never wished a man dead, but I have read some obituaries with great pleasure."
- Clarence Darrow
D

Sad for the family. His unwillingness to vax makes him a bad family man.
B

It seems republicans and god are thinking along the same lines, fend for yourselves.

DataPoint said:
Sad for the family. His unwillingness to vax makes him a bad family man.
Click to expand...

I suspect more than a few of his family members rejoiced on hearing the news this week.

Luce said:
Nothing of value was lost.
Click to expand...