Is Trump an agent of Russia?

The unanswered question of our time: Is Trump an agent of Russia?

Neither Mueller nor the FBI took it on. It’s crucial someone does. 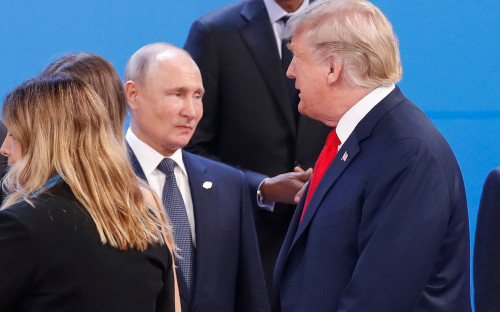 9/21/20
Despite the investigation by former special counsel Robert S. Mueller III, despite the work of congressional intelligence committees and inspectors general — and despite impeachment — we still don’t know why the president kowtows to Vladimir Putin, broadcasts Russian disinformation, bends foreign policy to suit the Kremlin and brushes off reports of Russians bounty-hunting American soldiers. We still don’t know whether Putin has something on him. And we need to know the answers — urgently. Knowing could be devastating. Not knowing is far worse. Not knowing is a threat to a functioning democracy. The FBI’s counterintelligence agents wondered: Why did Trump invite the Russian ambassador and the Russian foreign minister into the Oval Office on the day after he keelhauled FBI Director James B. Comey — and brag about it? The FBI knew that key members of Trump’s inner circle, like the national security adviser, Michael Flynn, were lying about their relationships with Russia. Trump had also lied about his business deals in Moscow during the 2016 campaign. Once in the White House, Trump was shielded in the invisibility cloak of presidential power. When the FBI seeks to pursue an American agent of a foreign power, it knows the hunt might take years or decades.

The FBI’s counterintelligence investigation seems to have vanished. It wasn’t handed off to Mueller — to the surprise of many in and outside of the American intelligence community. There’s no sign the FBI pursued it. Perhaps it’s still going on in the deepest secrecy. But I doubt it. I think it’s likely that the Trump Justice Department waylaid it. At this point, only a dedicated team of FBI agents, CIA counterspies, and Treasury Department money-laundering experts can solve the mystery of Trump’s relationship with Russia, even if it doesn’t learn the truth for years to come. The investigators have to follow the money. They have to look at Trump and his business empire going back to the 1980s — the casinos that teemed with Russian high rollers and failed to report suspicious transactions, the real estate deals with shady Russians, and every single one of those 500 limited liability companies. They need to see the secret records of his conversations with Putin. After his first face-to-face talk with Putin in 2017, Trump confiscated the notes of his interpreter, Marina Gross. And no American but she knows what they said at their second two-hour tete-a-tete in Helsinki two years ago. If the FBI can’t get the records, it needs to talk to Gross. Her code of confidentiality, like those of lawyers and priests, can be breached if need be..
Click to expand...

I agree that a counterintelligence operation to learn the truth of Trump/Putin is essential. I believe there are money connections between Trump and Russian individuals/banks. That said, I now tend to think the ultimate answer resides in Donald Trumps warped psychological makeup. The Russians correctly profiled Trump as a narcissist and psychopath who is addicted to adulation. Shower Trump with adulation and you can manipulate him. Kim Jong-Un also understood this dynamic, as apparently did every dictator in the world. Putin, the former KGB Colonel, has played Trump like a cheap second-hand fiddle and still is playing him. It is all but impossible for Trump to either grasp this seedy reality, or refuse Putin's adulation syringe.

Rogue Valley said:
The unanswered question of our time: Is Trump an agent of Russia?
Click to expand...

If anything, he's a useful idiot for Putin.

Here's the thing though.

To cut through all the bullshit and not get stuck on the outcome, but more look at a series of questions.

Why would a political outsider, who has ZERO, ZERO government experience and so ZERO, ZERO experience in Foreign Policy, care so much about Russia?

Why does a real estate mogul, with again, no experience in Government, care about that relationship so much?

Why would he drag his feet on implementing sanctions on Russia?

And all I'm saying is, there's is an interesting question here when you consider: 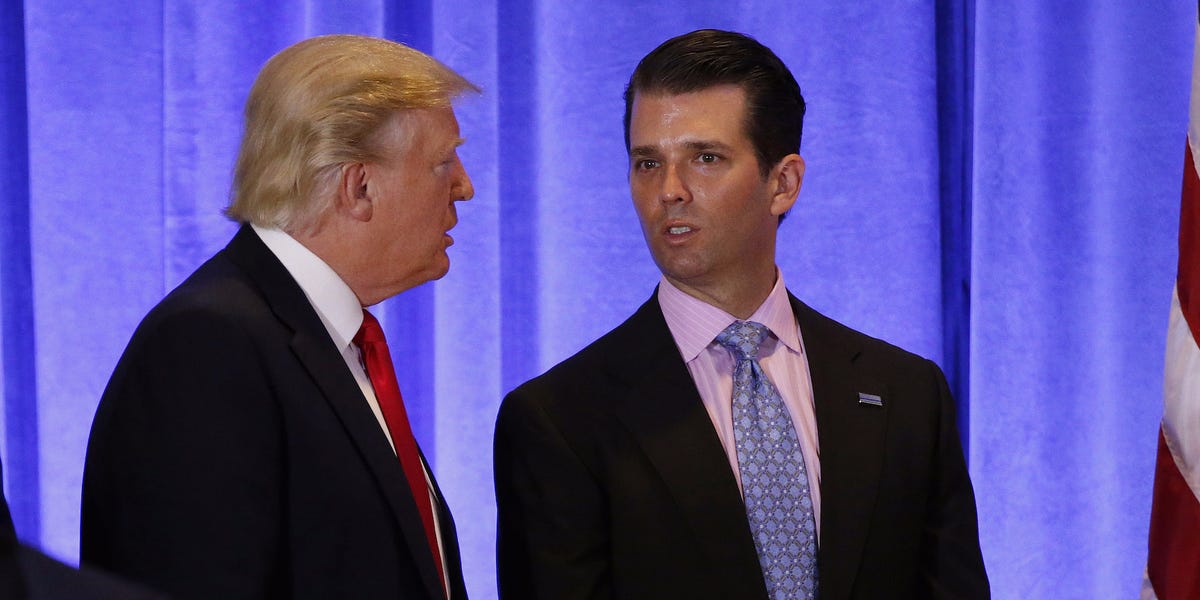 A decade-old quote from Donald Trump Jr. resurfaced in a New York Times column over the weekend.

"In terms of high-end product influx into the US, Russians make up a pretty disproportionate cross-section of a lot of our assets," Donald Trump Jr. said at a New York real-estate conference that year. "Say, in Dubai, and certainly with our project in SoHo, and anywhere in New York. We see a lot of money pouring in from Russia."
Click to expand...

So he is a "Russian Agent".

Not too sure about that.

But does he have financial leverage by foreign persons/entities that we aren't aware of that may influence his behaviour.

I don't expect the Trump Cultists to care, they don't care about anything, so they won't care or even be curious about that.
H

YES Trump is a complete useful idiot and kiss ass for Russia.

No, Trump is not an "agent of Russia" that is conspiracy theory level nonsense.

(Appreciate this coming from someone who often refers to Trump as President OrangeGlow, President CheetoVonTweeto, or something along those lines.)

OrphanSlug said:
No, Trump is not an "agent of Russia" that is conspiracy theory level nonsense.

(Appreciate this coming from someone who often refers to Trump as President OrangeGlow, President CheetoVonTweeto, or something along those lines.)
Click to expand...

Let's expand on the loose definitions of the term, because while I do not subscribe to any "formal" notion of Trump "officially" pledging allegiance to Vladimir Putin, it is clear to me that Putin exercises a significant hold on Trump.
Whether or not that is due to Putin holding something over him remains to be seen but something has to explain his bizarre fealty to the mobbed up Russian dictator.

We should not have to wait around for an outright Russian attack on the country to see Trump attempting to explain it away or justifying his refusal to act upon it. It is more than clear that Trump is willing to protect Putin at all costs.
M

IMHO this thread is spam and should be nipped in the bud by the admins or mods. Of course Trump's not a foreign agent! At worst he's being cooperative with Putin for a number of possible reasons.

@OrphanSlug @SCrider -- I think a lot of folks may be overthinking things way too much.
I'd bet almost anything that it is a simple matter of Trump owing enormous sums of money to both Putin and a coterie of his favorite associates.
That's all there is to it, it's obvious that Trump is simply in hock to the tune of several billion dollars, and since "biiy-inz and bii-yinz" is really the only thing that matters to Donald Trump, in his mind this debt is the only thing that matters to him with regard to Putin.
He owes that sucka money, and he's doing all he can to get the debt forgiven.
You must log in or register to reply here.
Share:
Facebook Twitter Reddit WhatsApp Share Link
Top Bottom