This guy was always a good Supporting Actor.....was even married to Barbra Eden back in the day. Indeed back when I Dream of Jeannie was Smoking Hot. I always thought he was Mexican Indian. Didn't know he was Syrian. R.I.P. Commander Kang. Plak Kaplar! 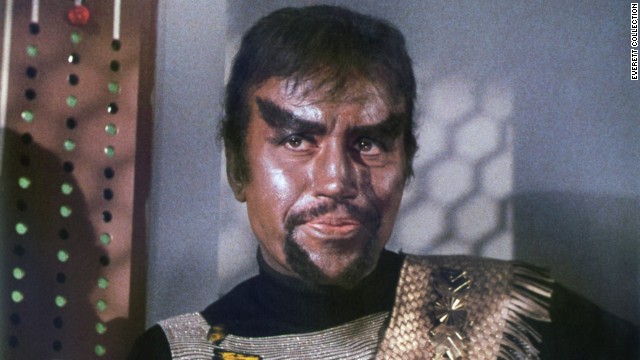 He struck an imposing figure as Kang, the villainous Klingon commander who struck fears in the hearts of the federation.

The man who played Kang in three iterations of "Star Trek," Michael Ansara, has died, according to his former agent

He was born in a small village in Syria, arriving in the United States with his American parents at the age of two, according to a biography provided by Druxman.

Having entered college in Los Angeles intending to be a doctor, he went into acting instead. His breakout role came as Cochise in the 1950s TV series "Broken Arrow."

Other small-screen roles included in parts in such shows as "The Untouchables," "Alfred Hitchcock Presents," "Perry Mason, "Lost in Space," "Hawaii 5-0," "Murder She Wrote," "Buck Rogers in the 25th Century" and his ex-wife's show, "I Dream of Jeannie." Ansara also voiced Mr. Freeze in Batman movies and the TV series.

Ansara's film credits include 1953's "Julius Caesar," "The Greatest Story Ever Told," John Wayne's "The Comancheros," "Guns of the Magnificent Seven," "The Bears and I," "The Message" and "The Guns and the Fury.".....snip~