Why Does Trump Want an Inaccurate Census?

Why Does Trump Want an Inaccurate Census? | The New York Times

Congress must extend the deadline for the count. 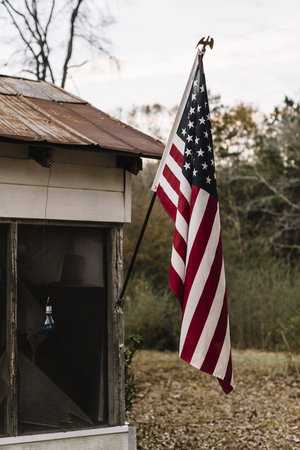 9/12/20
It’s hard to overstate the importance of the census to everyday life in the United States. The vast amount of demographic information it gathers determines who gets how much political power in Congress and the states; it steers more than a trillion dollars in federal funding for health care and other critical services; it guides long-term economic decisions by governments, corporations and mom-and-pop stores; it helps determine the location of highways and schools, hospitals and housing, police and fire stations. All Americans, wherever they live and whatever their politics, depend on the census being as complete and accurate as possible. In the middle of a pandemic that shut down much of the country for months, that means allowing extra time for the count to be finished and the data to be processed. So why is the Trump administration fighting this every step of the way? In the best of times, it takes a lot of effort to go door to door to count everyone who didn’t return a census form. In times like these, it’s far harder. The bureau also requested an extra four months to process and deliver its data to Congress, which uses that data to apportion districts for the House of Representatives. This was clearly necessary. Four former census directors agreed with the request.

But Congress didn’t give it — or, more precisely, Republicans in Congress didn’t. After the Democratic-led House of Representatives included the four-month extension in its version of the coronavirus relief bill known as the Heroes Act, the Senate majority leader Mitch McConnell, refused to sign on. Then, in August, the administration abruptly and without explanation reversed course, announcing that the data collection would end one month early, on Sept. 30. On Sept. 4, a federal judge in California temporarily blocked the administration’s early end date, writing that “an inaccurate count would not be remedied for another decade.” The block lasts until Thursday, when the judge expects the administration to explain why it needs to wrap the census up so quickly. The Trump administration has, time and again, used its executive power to try to keep and maintain political power. That’s what led Mr. Trump to try to put a citizenship question on the census, and then to defend it so dishonestly. It’s heartening that federal judges at all levels have seen through the Trump administration’s attempts to distort and hobble the census. But even if the count gets another month to finish, that will be no help unless the other deadlines are extended, too. Americans shouldn’t have to rely on the courts to do the job the Constitution assigns to Congress.
Click to expand...

Along with hobbling additional stimulus relief for the American people, Donald Trump and Mitch McConnell are attempting to chop the US Census Bureau count off at the knees.