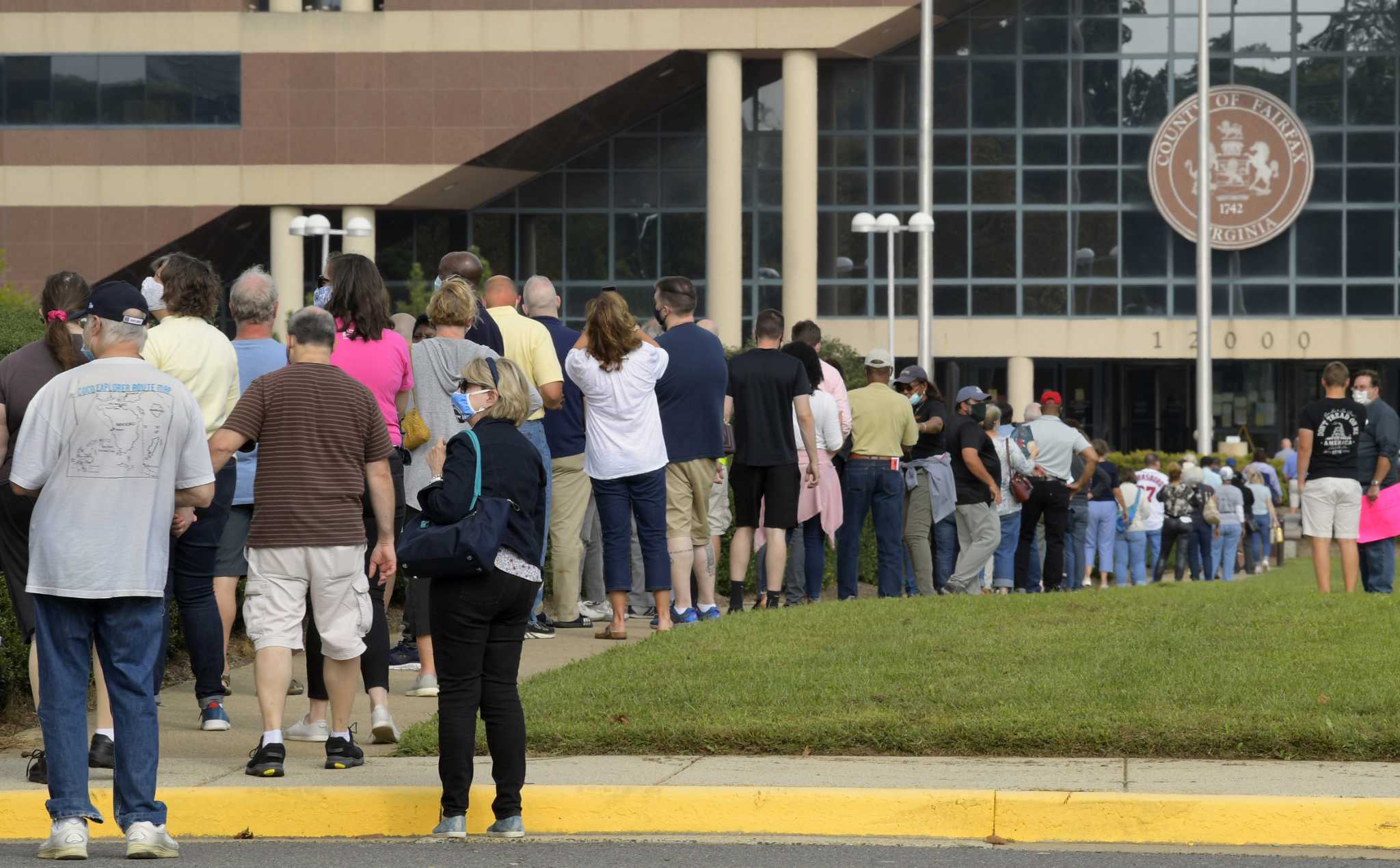 
Is a high voter turnout bad for Trump?
B

The gop is running amok in america, someone needs to stop them and only the voters can do it. Get your arse out and vote, mail in, write your vote in the sky, just vote.
C


Is a high voter turnout bad for Trump?
Click to expand...

Early voting where it has begun are showing very high voter turnout and even trump admits that a high turn out is bad for him, it is why he wants to suppress voter turnout any way he can and to cover his rear-end he wants to make sure His people are those casting the EC votes no matter what the State popular vote is. Trump is doing all he can to turn the election into a circus, making false claims about mail-in ballots, trying to hamstring the USPS, closing polling places in specific areas, try to install his people in the EC, and stacking the deck in the SC so he can contest the entire election and be declared the winner even though he lost the Popular and EC vote, and he is doing this right out in the open for all to see. Thinking we are going to see some serious investigations on the entire issue once the election is over, count on indictments being issued and people going to prison over this. For me is qualifies as Treason.
B

Higher voter turnout more often, but not always, benefits Dems. Mail-in ballots most often Reps. This yr, though, many more mail-ins than before may be non-traditional Dems for virus reasons and that such voting has been made more available than before. And, turnout for Dems may be higher than 2016 because "heir apparent" Hillary left some number of those who would have voted for her sitting out, thinking she had it won. Maybe a few disaffected Bernie voters, but they were probably disaffected before and would only vote if a Bernie type were running, anyway, like Ralph Nader voters only turned out in FL because he was running so his running didn't affect the outcome of the 2000 election. So, I agree, as is rare, with Trump in this case. Higher voter turnout, and mail-ins more than before, most likely benefits Dems.

That has to piss off the "true" Americans (Republicans).

All this extra voting has red states running around with their hair on fire as they try to disenfranchise voters. Record numbers of votes are being rejected in North Carolina and Pennsylvania, and the FL AG even went so far as to insist on an investigation into Blomberg for paying off the fines of ex-felons, which was a pretty dumb move because he's ceding that the fines are a poll tax (as if we all didn't know that already).


Is a high voter turnout bad for Trump?
Click to expand...