Ukraine, Fight Your Fight—Not Their Fight 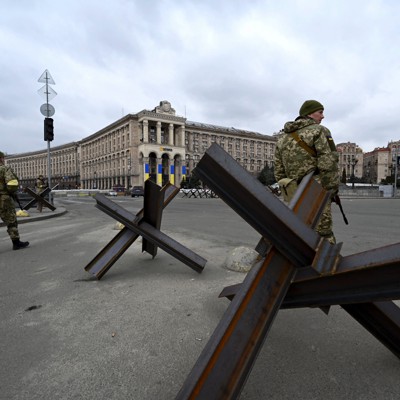 Ukraine, Fight Your Fight—Not Their Fight

The Ukrainian military needs the weapons and tactics of an irregular conflict, not a conventional war.

3.7.22
Through nearly two weeks of fighting, Ukraine’s combat performance has surprised many. Ambushes and similar tactics, soldier-borne fires such as Javelins and M107 sniper rifles, and the sheer bravery of motivated regular troops, reserves, and civilians have exacted a significant toll on Russian heavy armor and mechanized and wheeled vehicles. Still, the Russian juggernaut slowly—many would say haphazardly—plods on to the center of gravity: the city of Kyiv. So, how should the Ukrainians fight? The Ukrainians have demonstrated well-honed skill in these tactics, NATO allies are sending tons of vital equipment to them, and the fight is steady, albeit slow. To change course at this point may do more harm than good. The best way is to use partisan tactics, not try to slug it out with Russian conventional forces. As the Russian forces close in and encircle Kyiv, their soft underbelly will be the outer ring of that encirclement: logistics convoys, supply depots, artillery units, missile batteries and all of the massive support infrastructure. This is a rich target environment for snipers, Javelins, raids, ambushes and Stinger missiles. Like the tactics used by insurgents against U.S. forces for years in Iraq and Afghanistan, car bombs, IEDs, mortars, and other weapons of the weak can wreak havoc on a Russian force not yet protected by bases and walls.

The NATO nations, in particular the U.S., are conducting a brilliant resupply effort, bringing in Javelins, sniper rifles, and Stinger missiles along with tons of other equipment, but time is running short to support the second effort: urban warfare. To win the urban fight, the Ukrainians are at a natural advantage. They have deep knowledge of the terrain, have a doctrinal advantage (at least five to one, perhaps 10 to 1), and are training now for that battle. But they need equipment beyond Molotov cocktails and Kalashnikovs. One can only hope that NATO is bringing in advanced night-vision goggles, explosive charges, blasting caps, anti-personnel mines, grenade launchers, small mortars and Carl Gustav-like short-range anti-tank weapons. M21 sniper rifles are ideal for tight urban environments; anti-tank mines will punish the small number of tanks brave enough to wade into the fight. It is important that these and other key enablers get to the fighters before the cordons around the cities close. These two battles—the irregular fight against the Russian “soft-belly” rear echelons and the urban combat needed when the Russians attempt to storm the cities—are the fights that must be won. This can be done best by fighting a Ukrainian fight, not a Russian fight.
Click to expand...

Agree 100%. In order to win, Ukraine will have to employ brutal partisan/urban warfare. Moscow does not have enough soldiers to occupy Ukraine. The Kremlin will have to choose a handful of cities to occupy. Between these cities, lie the unoccupied towns, villages, and settlements that are perfect as reservoirs for an insurgency. Hit the Russians everyday. Assassinate their field officers. Hang anyone lending assistence to the occupiers. Destroy their supply chains. I would even hit Russian intelligence/military infrastructure in Russia proper. It will also behoove the West to begin thinking creatively on how to clandestinely resupply Ukraine. At some point the Russian/Belarussian militaries will close the Polish border. The mountains of Zakarpattia Oblast may be the best solution for smuggling weapons.
You must log in or register to reply here.
Share:
Facebook Twitter Reddit WhatsApp Share Link
Top Bottom