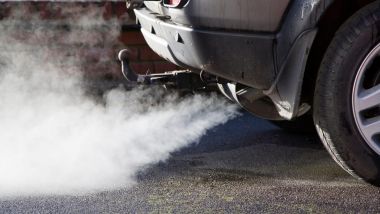 12/14/18
A conservative science adviser to the Trump administration is casting doubt on longstanding research linking fossil fuel pollution to early deaths and health problems, worrying environmental experts. At a meeting to review air pollution science compiled by staffers at the Environmental Protection Agency this week the advisory board chairman, Tony Cox – a consultant and statistician who has worked for the industry and criticized EPA standards – questioned whether soot from coal plants and cars can be directly blamed for asthma and cardiopulmonary problems. His comments appeared to confirm the fears of scientists who say the US government is now aiming to discredit research to bolster rollbacks of climate change and health regulations. The Trump administration is working to rescind rules for power plants, cars and oil and gas drillers. “It’s really all a facade at this point,” said Christopher Frey, a scientist and professor at North Carolina State University who was chairman of the committee under the Obama administration from 2012 to 2015. “Almost everything that could have been changed to weaken the process has been changed, including how members have been appointed and the timeline.”

The EPA’s acting administrator, Andrew Wheeler, has appointed representatives from state-level agencies and industry to the science review committee, called the Clean Air Scientific Advisory Committee. EPA political leaders also disbanded two panels of experts on soot and smog. The process for updating air standards would normally take about three years, Frey said, but the EPA wants to shorten that to one year. Where there were 42 experts examining the science on air pollution and specifically on particulate pollution and smog, there are now seven, he noted. A group of former members of the panel focused on soot wrote a 134-page letter to Cox this week documenting their many concerns that his committee does not have the expertise or time to adequately assess the science.
Click to expand...

Wheeler shoehorns evidence to fit his (and Trumps) pro-business worldview. Before his EPA appointment Wheeler himself was a highly paid fossil-fuel industry lobbyist, which is why he is where he currently is.

To all you folks who appreciate clean air/water/land ..... remember the four year Trump war on our environment come November of 2020.

Like anybody believe anything that comes out of this administration. They have already proved they are about one thing, allowing companies to make as much money off of this country as possible, environment, health, workers rights be damned.

Wheeler shoehorns evidence to fit his (and Trumps) pro-business worldview. Before his EPA appointment Wheeler himself was a highly paid fossil-fuel industry lobbyist, which is why he is where he currently is.

To all you folks who appreciate clean air/water/land ..... remember the four year Trump war on our environment come November of 2020.
Click to expand...

Another DP LEFT THREAD TITLE LIE. What he ACTUALLY SAID:

"Cox pushed staffers to specify what percentage of health problems are directly caused by the pollution or are just associated with it, a figure that the US government has not required in order to restrict pollutants that are known to harm people.. "

Heaven forbid we get the ACTUAL FACTS, instead of POLOTICIZED "SCIENCE" SPECULATIONS".


Why does the left ALWAYS LIE ABOUT EVERYTHING???

Trust me. Your sophomoric text formatting lends nothing to your empty response.

Trust me. Your sophomoric text formatting lends nothing to your empty response.
Click to expand...