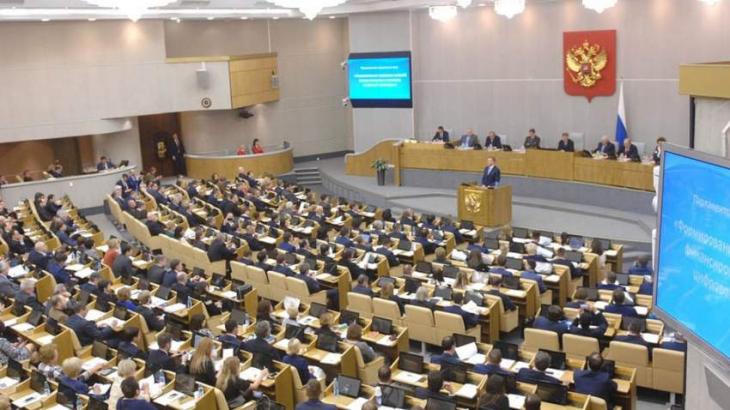 1/24/19
Russian lawmakers passed highly contentious legislation Thursday that seeks to enact punishments for disrespecting the Russian government or spreading fake news. Deputies submitted legislation last month to impose fines for “blatantly disrespecting” Russian institutions or posting “untruthful socially significant information.” Commentators have suggested that the loose wording of the law could lead to mass arrests, joking that there wouldn't be enough space in Russian prisons for the number of violators. The State Duma passed the legislation in its first of three hearings on Thursday.

If passed and signed by the president, the legislation will establish punishments for spreading information that “exhibits blatant disrespect for the society, government, official government symbols, constitution or governmental bodies of the Russian Federation.” The law will also fine legal entities up to 1 million rubles ($15,100) for spreading information “disguised as authentic reports,” while websites will be at risk of being blocked by prosecutors without the need for a court decision and individuals will be fined up to 50,000 rubles for violations. On the eve of the bills’ hearing Thursday, Prime Minister Dmitry Medvedev’s government voiced backing for the package.
Click to expand...

Naturally, the Putin regime decides what is "disrespect" and "fake news". You can see where this is going.

The Kremlin deploys its new law against ‘undesirables’

1/25/19
On Thursday, the Russian parliament overwhelmingly passed a bill that authorizes administrative arrest for expressing “patent disrespect” for the government. The author, Senator Andrei Klishas, knows something about “disrespect”: He was recently the subject of a wide-ranging investigation by anti-corruption activist Alexei Navalny detailing his properties in Switzerland and his $2.5 million watch collection. Vladimir Zhirinovsky, head of the ultranationalist LDPR party and a faithful Kremlin ally, said that the new law provides “protection for our country” — as always, making a false equivalence between Russia and its kleptocratic regime. One would have to go back to Soviet times to find a law prosecuting anti-government speech in Russia. Article 70 of the RSFSR Criminal Code carried a penalty for “anti-Soviet agitation.” It was under this provision that the most prominent dissidents, including Sergei Kovalev and Vladimir Bukovsky, were sentenced to lengthy prison terms. That clause was abolished in 1989, only to be replaced by a new law in 1990 that provided for imprisonment for “publicly insulting” the president. The fall of the Soviet regime in 1991 decriminalized free speech. Whatever his other failings, President Boris Yeltsin viewed media freedom as sacrosanct, even when “public insults” of himself filled Russia’s airwaves. Vladimir Putin’s rise to power spelled the end of pluralism on nationwide television, but the government takeover of private TV networks between 2001 and 2003 was clumsily disguised as “shareholder disputes.” The arrests of major political opponents were also carried out under false pretenses.

The first law in modern Russia that criminalized opposition activism as such was signed by Putin in May 2015, but its magnitude was not immediately apparent. That measure gave the government powers to designate foreign and international NGOs as “undesirable organizations.” Any Russian citizen found to be working with them could be criminally liable to up to six years in prison. The list of “undesirables” was quickly filled with some of the world’s most reputable pro-democracy organizations, such as the National Endowment for Democracy and the European Platform for Democratic Elections, which ceased operations inside Russia and evacuated remaining staff members. This week, Anastasia Shevchenko, an activist of the Open Russia movement in the southern city of Rostov-on-Don, became the first person to be arrested and criminally charged for “participating in the activities of a foreign undesirable organization.” According to the latest count, 53 activists have been charged with administrative offenses under the “undesirables” law. “It is a worrying precedent and could open the floodgates to the prosecution of hundreds of Open Russia members across the country,” Amnesty International said in a statement. “Anastasia Shevchenko is a prisoner of conscience. She must be immediately and unconditionally released.” “This is a police state in pure form,” noted Lev Shlosberg, a regional lawmaker in Pskov from the opposition Yabloko party, adding that millions of people in Russia are “undesirable” in the Kremlin’s eyes.
Click to expand... 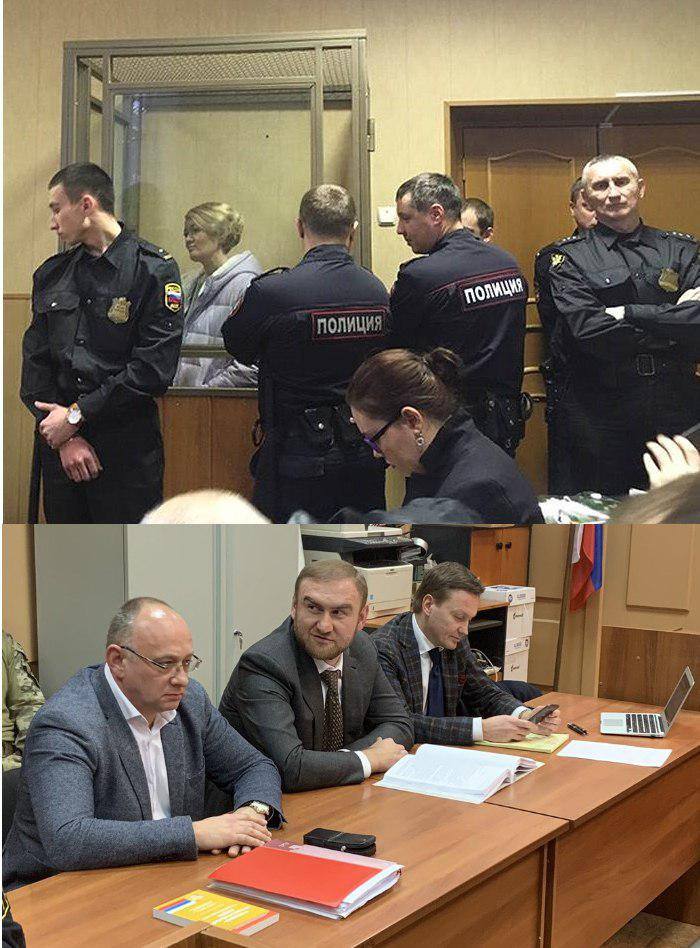 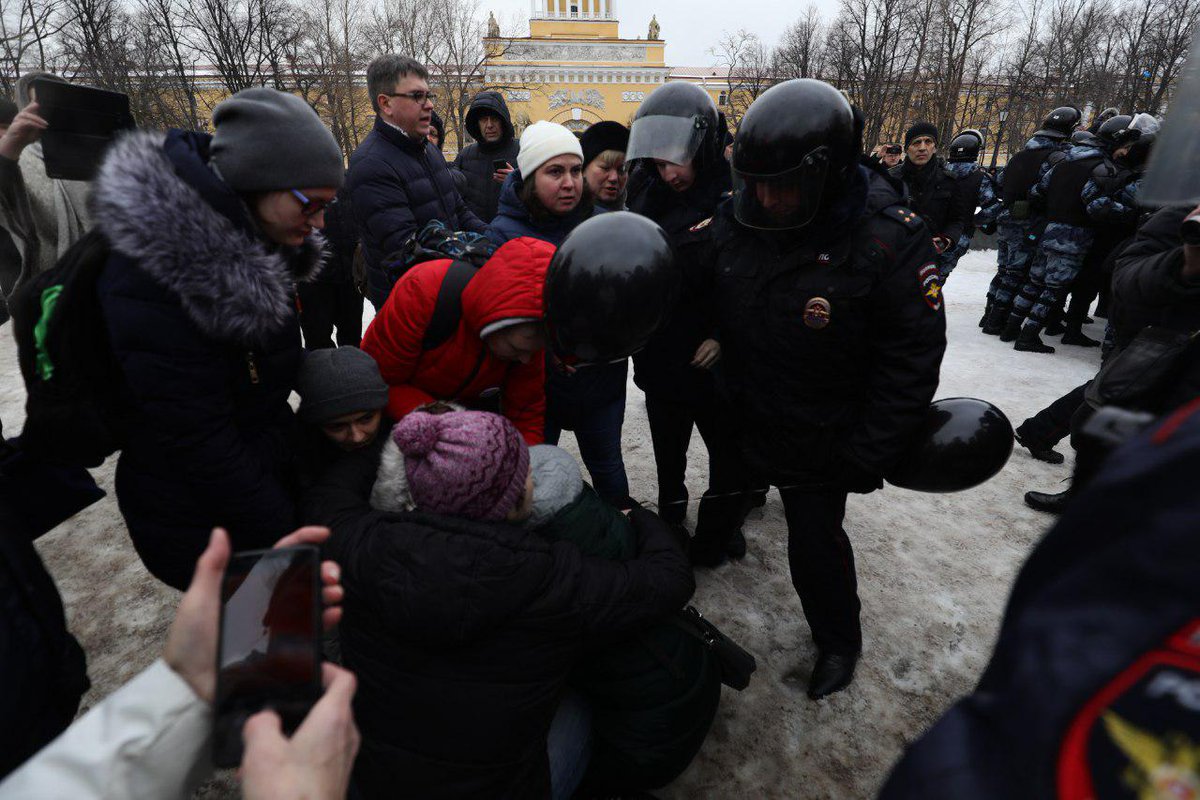 Russian police swooping in to arrest a pensioner yesterday in St. Petersburg. 5,000 women marched in the "March of Mother's" protesting the detention of activist Anastasiya Shevchenko. 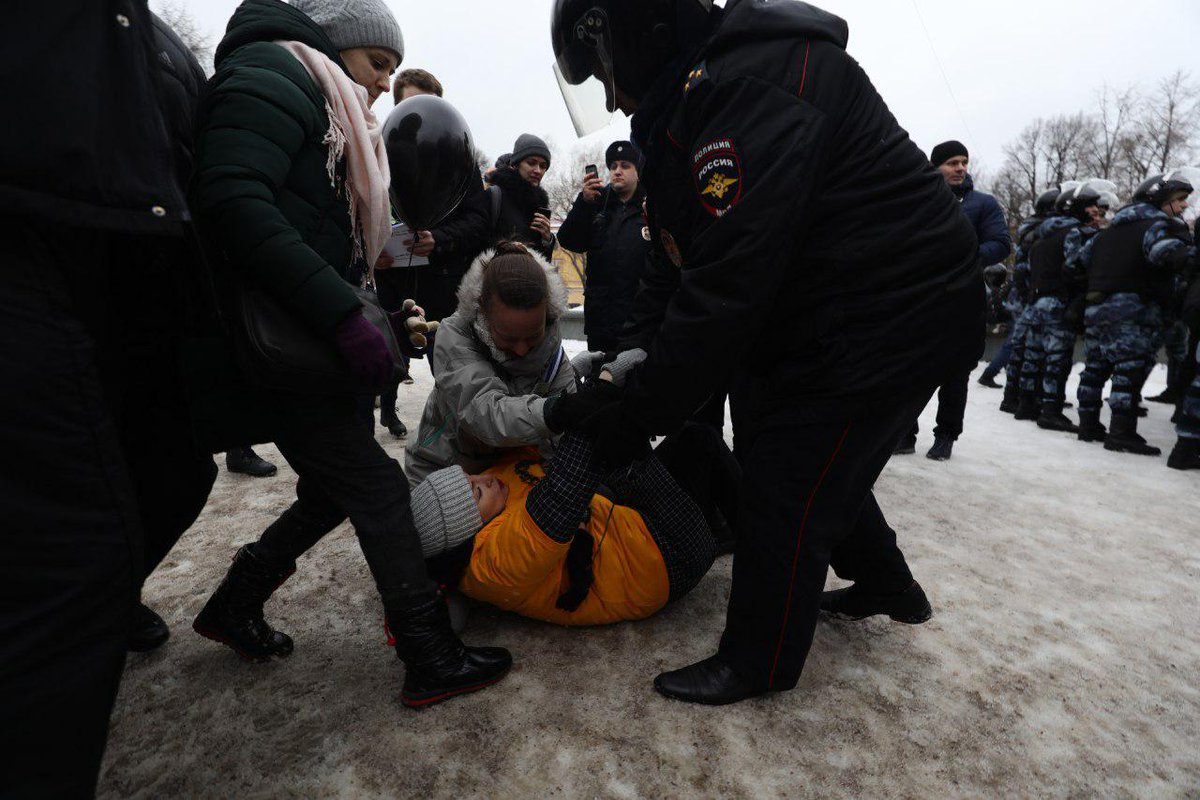 Dozens of protesters were arrested. Putin's nightmare - arresting mothers and women.
B

You shouldn't have posted that, it gives the crazy right ideas. Conservatives are so uptight I think I've figured out the problem. You know what happens whey you hold a fart in for too long? It creeps up your spine until it hits the brain and then out flows the crappy ideas. Lighten up and pass that gas, you'll feel better.

bongsaway said:
You shouldn't have posted that, it gives the crazy right ideas.
Click to expand...

I can't do that. Putin would like nothing better than if the international community looked away and ignored all of his criminality.

As I see it, those who look the other way are participants by omission, whether it's Putin or Trump.

Another Open Russia activist - Gulnaz Ravilova - has been detained and threatened with criminal prosecution if she doesn't stop her activities.
T

Those Russian activists are such brave people.

I would never dare do what those Russian activists are doing. A shoutout for their courage.


And, of course, the vast majority of the Russian people simply accept that they live in a police state and get on with their lives as best as they can.


That is what most people do all over the world, including here in the States.


The Russian people are so intelligent. What a shame that they have to live under another czar.

And what a shame that we have to live under the increasingly deranged Democratic Party.

TheParser said:
Those Russian activists are such brave people.

I would never dare do what those Russian activists are doing. A shoutout for their courage.


And, of course, the vast majority of the Russian people simply accept that they live in a police state and get on with their lives as best as they can.


That is what most people do all over the world, including here in the States.


The Russian people are so intelligent. What a shame that they have to live under another czar.

And what a shame that we have to live under the increasingly deranged Democratic Party.

Your comparison of Putin's regime to the US Democratic party is shameful.