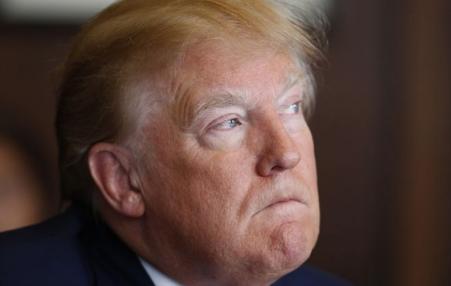 8/15/20
It has been quite a show as President Trump and the Republicans moved feverishly — and at times hysterically — from one attack line against Sen. Kamala D. Harris (D-Calif.) to another. In one instant, former vice president Joe Biden’s running mate is a dangerous left-winger. Then, suddenly, she’s a “top cop” and an unprincipled sellout to the progressive cause. She is, as all women who oppose Trump are eventually labeled, “nasty.” And it was only a matter of time before we were treated to another round of tired, old, libelous birtherism. Hey, the U.S.-born Harris is the daughter of immigrants from India and Jamaica, so in the Trumpian worldview, there must be something wrong. The greatest hits of racism and nativism keep on coming. But this manic incoherence speaks to a larger problem for a radicalized Republican Party: They have moved so far to the right that they see even moderation as socialist radicalism. A party closer to what can fairly be called the political center would grasp that this moment of national crisis demands more aggressive and coherent action by government than the GOP’s low-tax, free market, wait-and-see bromides would admit. Republicans briefly accepted this when they joined with Democrats earlier this year to send more than $2 trillion of relief into an ailing country.

But although the economy continues to stagger, Republicans have lost their sense of urgency. Many in their ranks just can’t accept how much support Americans facing hardship, and the economy as a whole, need. So, they refuse to meet House Speaker Nancy Pelosi (D-Calif.) and Senate Minority Leader Charles E. Schumer (D-N.Y.) in the middle. Republicans are saying they can’t accept much more than $1 trillion in new assistance. Pelosi and Schumer rightly think it will take something closer to $3 trillion to ward off personal and collective disaster. While the GOP Senate was sleeping, Pelosi pushed her package through the House in May. And this is where the Harris conundrum comes into focus. She is, at once, a pragmatist and a progressive — and, at the moment, those two dispositions make a good fit. Harris has been consistent in favoring policies that would take large steps to redress the country’s economic imbalances. Harris is serious about inequality and in search of practical ways to push back against it. And unlike Trump and Senate Republicans, Harris acknowledges the extent of hardship in the country. No wonder they keep flailing away at her: Her pragmatism exposes their radicalism.
Click to expand...

Trump & Co. aren't quite sure what to do about Kamala Harris. They already know she can be both tenacious and charming.