Justice Is Needed for Belarus. International Scrutiny Is the Way to Get it.

Justice Is Needed for Belarus. International Scrutiny Is the Way to Get it.

I have seen women and men tortured, humiliated and degraded by the Lukashenko regime. 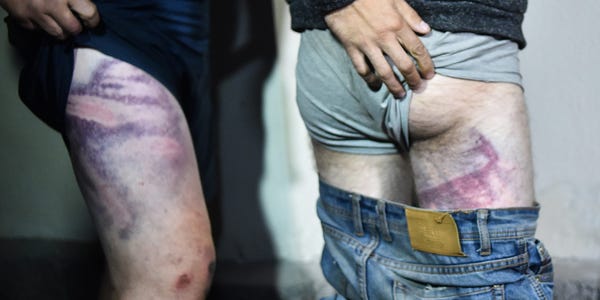 9/16/20
It is unusual for Belarus to feature in international news headlines, but it’s now been doing so for six weeks. Massive, popular and overwhelmingly peaceful protests have swept the country since the Aug. 9 contested re-election of the incumbent, Alexander Lukashenko, who has been in power since 1994. The authorities’ initial response to the protests was massive, blunt force. In Belarus, police brutality and ruthless repression is nothing new, but the scale seen since Aug. 9 is truly unprecedented. In an attempt to stifle the protests, Belarusian security forces arbitrarily detained close to 7,000 people, protesters and bystanders alike, over four days, and systematically tortured and otherwise ill-treated hundreds of them. But the horrific police abuse backfired, and only triggered the unprecedented lasting wave of public outrage. On Aug. 26, the prosecutor’s office announced the creation of an inter-agency commission to look into recent police conduct, both on the streets when they were arresting people and in detention facilities. However, the authorities have yet to open a single criminal case. Meanwhile, after a three-week lull in detentions, the police again began to arrest protesters in large numbers. The Interior Ministry reported the detention of 774 protesters on Sunday, Sept. 13, alone.

Lukashenko is no doubt counting on the headlines to fade, for international attention to yield to fatigue. This is exactly why international scrutiny and pressure for accountability for torture is so urgently needed. There are ways to get this done. On Friday, the UN Human Rights Council will hold an urgent debate on Belarus. It should adopt a resolution that calls for robust monitoring and reporting, with a view toward ensuring accountability. And the Organization for Security and Cooperation in Europe should open an independent inquiry to investigate the abuse and make recommendations to ensure justice and provide redress. With all eyes on Belarus, the authorities might be less inclined to feel they can get away with the widespread brutality of those early days.
Click to expand...

The UN human rights Council adopted a resolution on Belarus. After the Tikhanovskaya speech .
Here's what US Ambassador Nikki Haley said about this Council in 2018:
"A hypocritical organization that makes a mockery of human rights."
However, then the UN HRC criticized Israel.