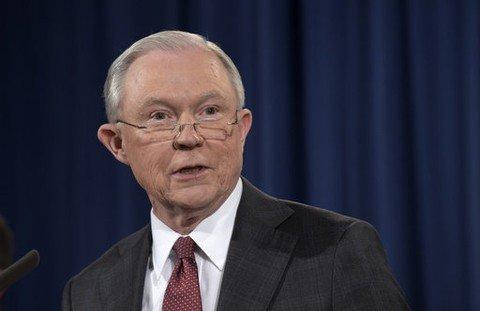 11/10/18
As his last act as Attorney General, Jeff Sessions limited federal authorities' ability to crack down on problem police departments by using consent decrees, but officials have said it won't have any impact in Newark. Newark Public Safety Director Anthony Ambrose said that no matter what the memo says, his police department will continue to comply with the consent decree it entered into in 2016 with the U.S. Department of Justice to improve training, accountability and more under the watch of a court-appointed monitor. The consent decree came after a federal probe uncovered civil rights abuses by Newark officers. Between 2009-12, 75 percent of pedestrian stops with a documented reason were unjustified, the probe found. And contrary to Sessions' position, Ambrose said that federal oversight can be a good thing in policing. Sessions signed the memo before resigning Wednesday at the direction of President Donald Trump.

New Jersey Attorney General Gurbir Grewal slammed Sessions' decision. "Consent decrees are one of the many tools available to the federal government to strengthen trust between law enforcement agencies and the communities they serve. It is deeply disappointing that, on his way out the door and apparently over the objection of the Justice Department's career attorneys, former Attorney General Sessions imposed new rules that undermine such efforts," Grewal said in a statement. "In New Jersey, we will continue to work collaboratively with our county and local law enforcement agencies to strengthen police-community relations and find other, innovative solutions to build community trust." In his two-year review of the Newark Police Department, federal monitor Peter Harvey said the department had made progress in implementing body-worn and dashboard cameras but noted it lacked personnel with appropriate expertise in areas like data gathering, training, community engagement and domestic violence to create lasting reform.
Click to expand...

Haven't you hear there are protests all over the country supporting Sessions. Move on is coordinating them. What is the problem?
Sessions is a good guy and there are many protest to support that feeling. The left loves session today because it gives them another
reason to hate President Trump!! :lamo

Common Sense 1 said:
Haven't you hear there are protests all over the country supporting Sessions.
Click to expand...

No I haven't. Provide us with citations.

And brush up on grammatical tense also will ya?