its clear that Trump´s "friendly" politic toward Putin and his ulus does not work, and Putin and his KGB 100% are ready for upcoming US president election ...

"What was the campaign?

Tuesday's announcements by Facebook and Twitter came as the result of collaboration with the FBI's Foreign Influence Task Force over the PeaceData website, which served a left-leaning audience.

Facebook said it removed 13 accounts and two pages, which sought to "target public debate in the US" and other countries, including the UK and Egypt.

But the operation had achieved "very little reach", with around 14,000 accounts following one or more of the pages it had removed, Facebook said. The English-language page had around 200 followers. 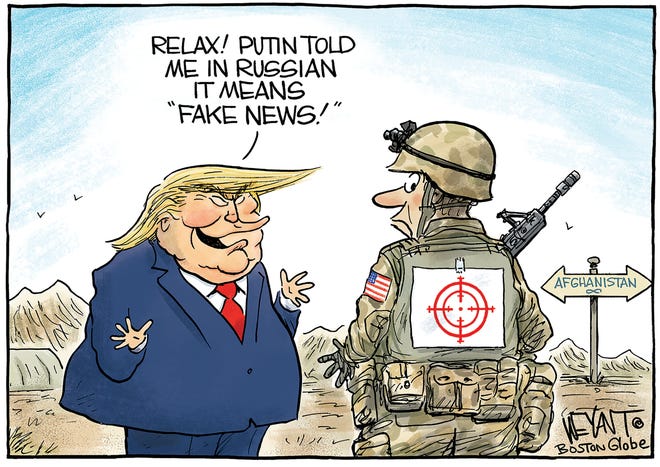 The deleted accounts used fake names and profile pictures, Facebook said, but real and "unwitting" freelance writers appeared to have written for the PeaceData website.

Twitter, meanwhile, said it had suspended five accounts "for platform manipulation that we can reliably attribute to Russian state actors".

It added that the content created by the accounts was "low quality and spammy, and most Tweets from these accounts received few, if any, Likes or Retweets"."