Cops May Have Found Body of Drew Peterson's Wife

This human piece of **** lives about 30 minutes away from me. I hope he spends 100 years in jail and dies painfully over 10 of those years.

There may be a huge break in the disappearance of Drew Peterson's fourth wife. TMZ has learned authorities believe they may know exactly where the body is buried, and then plan to dig for it tomorrow. 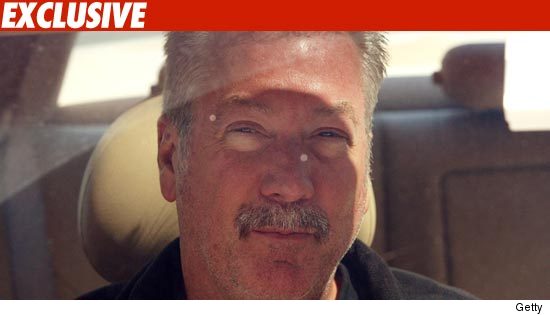 Law enforcement sources tell TMZ ... Peterson, an ex-cop who is currently behind bars awaiting trial for the murder of his third wife, told an inmate yesterday how he killed Stacy Peterson, wife number 4. Stacy's body has never been recovered.

Our sources say Peterson told the inmate he had an accomplice help him dispose of the body. The inmate then told authorities about his discussion with Peterson, which led them to the alleged accomplice. We're told the accomplice informed Will County Sheriff's officials and prosecutors that the body was buried just outside Peoria, Illinois.

On Friday afternoon, authorities brought police dogs onto the property and we're told the dogs immediately took them to the place where the witness said the body was buried. Authorities then put prongs in the soil and hit a mass below ground that could be the drum in question. 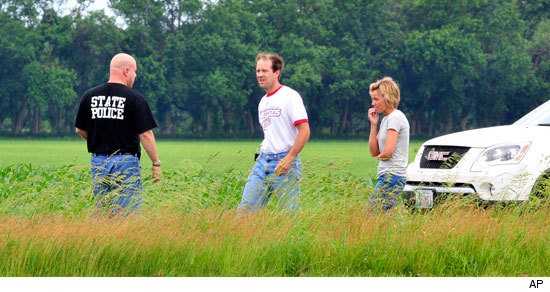 TMZ has obtained photos of the scene where authorities are searching for the remains of Drew Peterson's fourth wife, Stacy Peterson. 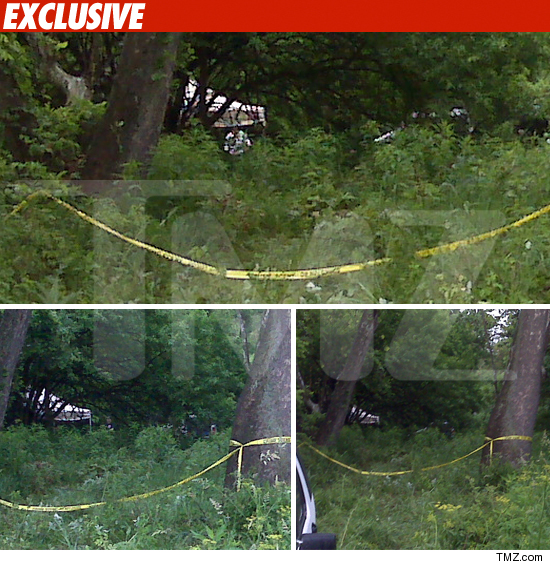 Cops have taped off a section on private hunting ground in Peoria, IL. It appears officials have set up a tent inside the restricted area.

As we previously reported, cops received a tip that Peterson and an accomplice buried his fourth wife Stacy inside of a metal drum on the hunting grounds.