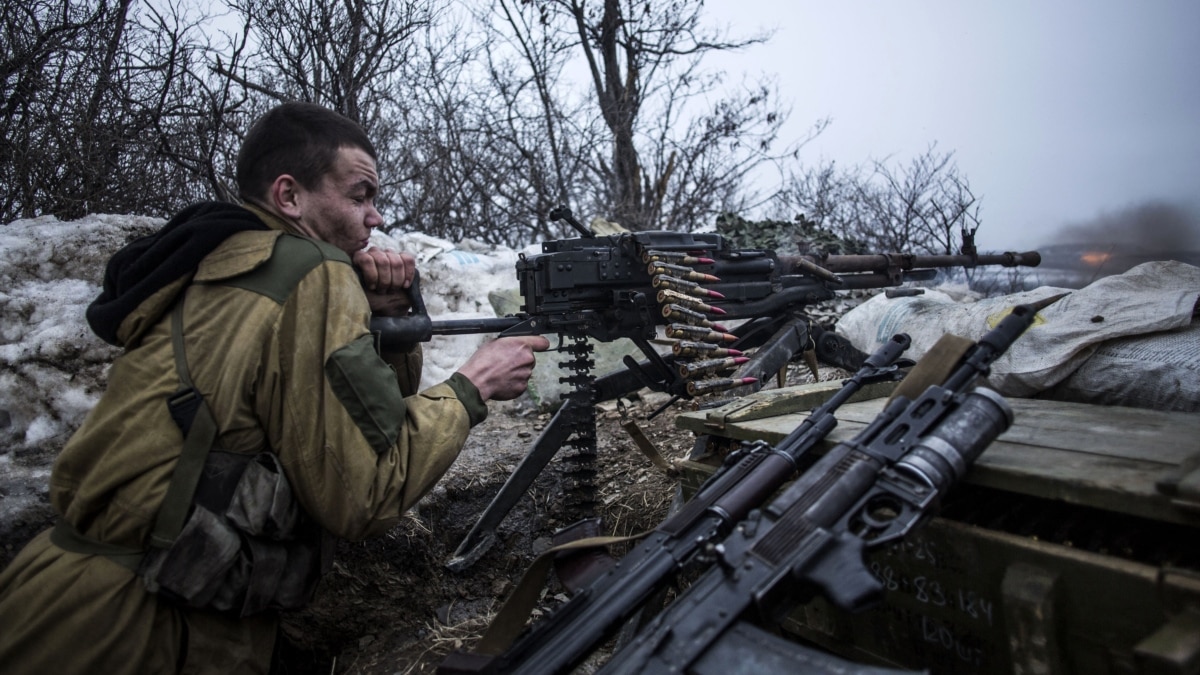 Britain has warned the Kremlin against formally recognizing two eastern regions in Ukraine as independent, saying such a move would show "flagrant disregard" for Moscow's commitments to a peace process started years ago to end a conflict in the two regions.

2.17.22
Britain has warned the Kremlin against formally recognizing two eastern regions in Ukraine as independent, saying such a move would show "flagrant disregard" for Moscow's commitments to a peace process started years ago to end a conflict in the two regions. The Russian parliament's lower chamber, the State Duma, on February 15 voted in favor of sending a resolution to ask President Vladimir Putin to recognize the separatist-claimed parts of eastern Ukraine as independent states. The request “shows flagrant disregard for Russia's commitments under the Minsk agreements," British Foreign Secretary Liz Truss said in a statement on February 17. If the request were accepted, “it would represent a further attack on Ukraine’s sovereignty and territorial integrity,” Truss added. It also would signal an end to the Minsk process and “demonstrate a Russian decision to choose a path of confrontation over dialogue," she said. State Duma speaker Vyacheslav Volodin, a member of the pro-Kremlin ruling United Russia party, said on February 15 that he signed the resolution after it passed and sent it to Putin for consideration.

Other Western governments, including the United States and the European Union, have criticized the proposal and called it a violation of the Minsk accords. U.S. Secretary of State Antony Blinken said the proposal would "constitute a gross violation of international law." Ukrainian Foreign Minister Dmytro Kuleba told reporters that if Putin approves the independence of the regions, "Russia will de facto and de jure withdraw from the Minsk agreements with all the attendant consequences." Truss urged Russia to end its “pattern of destabilizing behavior” against Ukraine and to implement the commitments it has signed, including the Minsk agreements. Both Putin and Ukrainian President Volodymyr Zelenskiy last week told French President Emmanuel Macron they were committed to the principles of the Minsk agreement, which set a series of cease-fires that generally have failed to hold.
Click to expand...

Putin would not recogniize the Russia-occupied territories in Ukraine as independent.

Putin needs warfare to be an inescapable part of everyday life for Ukraine until it accedes to his demands.
J

The Duma is posturing to keep the pressure up. Putin is not going to recognize Donetsk and Lukhansk. If he was ever going to do that he'd done it years ago. Instead he wants them as chips on the table, which they wouldn't be if he recognized them.
N

Those morons are not in a position to "warn" anyone about anything.

Nilhus said:
Those morons are not in a position to "warn" anyone about anything.
Click to expand...

The Russian Duma has plenty of problems to correct right at home.