Another day, another arrest for the NFL. This time it's Colts safety Joe Lefeged, who the Indianapolis Star said was chased down by police and will be arraigned on multiple gun-related offenses. 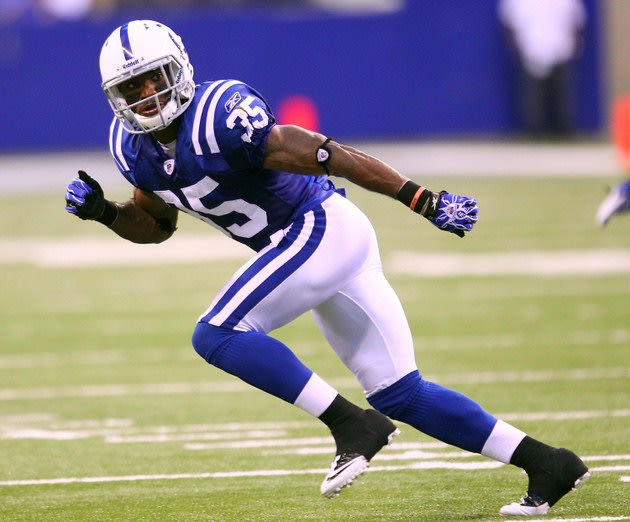 This week has included Aaron Hernandez getting charged with murder, Ausar Walcott being charged with attempted murder and Josh Brent failing a second drug test while out on bond on an intoxicated manslaughter charge. Now comes the Indianapolis Star news that Lefeged and a friend were driving in Washington, D.C., and when police attempted to pull over their car and a chase ensued. The men were arrested after the chase and a handgun was found in the car.

Lefeged and Timothy Wilson will be arraigned on charges of carrying a firearm without license, unregistered firearm, unregistered ammunition and presence of a firearm in a motor vehicle, the Star said.

Business Insider reported earlier this week that there have been 27 known instances of NFL players being arrested since the Super Bowl. The story was outdated almost immediately. Brent and Lefeged are the 28th and 29th known NFL player arrests this offseason.....snip~

Well, it seems the NFL is not off to a good start and the season hasn't even started. With the money these guys make. What is going on, that more and more NFL players are committing crimes and getting arrested?

Location
Land of the sodomizers

Well he did what his coaches told him.....Run, guess it was his first thought! :lol:

He plays for the Colts. No loss.

Gipper said:
He plays for the Colts. No loss.
Click to expand...

Don't worry slap on the wrist.....and he will be back this year to frustrate Brady some more while sacking him again. He only ran away in DC. :lol:

Have they changed the official name to The National Felony League yet?

Middleground said:
Have they changed the official name to The National Felony League yet?
Click to expand...

.....yeah I just heard now they Busted a NY Giant for a knife while going thru the TSA. Arrested him for having an Illegal offensive weapon. Can't remember his name but he is the one that is going for a Linebacker spot.
You must log in or register to reply here.
Share:
Facebook Twitter Reddit WhatsApp Share Link
Top Bottom