Zelenskiy Says Any War Compromises Will Be Put To Ukraine Referendum 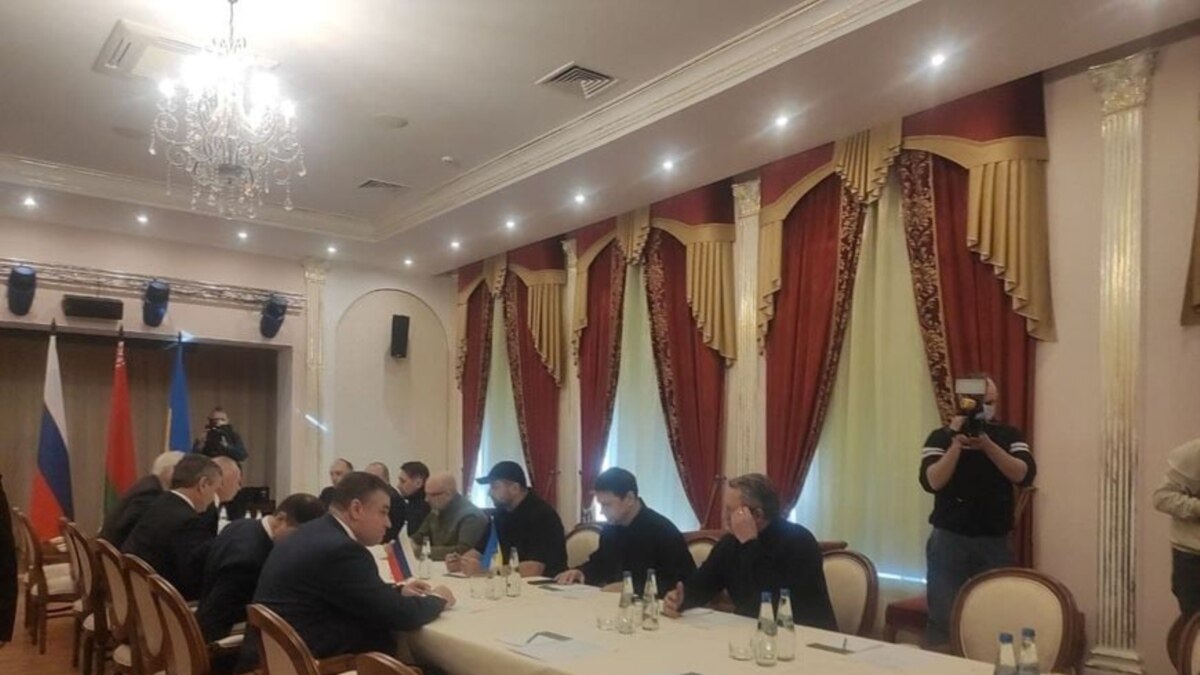 Zelenskiy Says Any War Compromises Will Be Put To Ukraine Referendum

Ukrainian President Volodymyr Zelenskiy says any potential deal agreed in peace negotiations to end the war with Russia will be submitted to the Ukrainian people in a referendum.

3.21.22
KYIV -- Ukrainian President Volodymyr Zelenskiy says any potential deal agreed in peace negotiations to end the war with Russia will be submitted to the Ukrainian people in a referendum. I explained it to all the negotiating groups: When you speak of all these changes [in a possible deal] and they can be historic...we will come back to a referendum," Zelenskiy told Internet news site Suspilne on March 21. “The people will have a say in any type of compromises. But what the [compromises] will end up being will be the result of our talks and agreements between Ukraine and Russia. Therefore, I am ready to do whatever is necessary if our people support my decisions," he added.

Zelenskiy restated his insistence on the need to meet with Russian President Vladimir Putin "in any format" to end the fighting. "I believe that without this meeting, it is impossible to fully understand what they are ready for in order to stop the war," Zelenskiy said. He remained defiant, however, in the face of Russian demands to surrender the key port city of Mariupol, along with other cities, including Kyiv and Kharkiv. Russia’s “ultimatums will only happen if we are destroyed. Then they be executed automatically,” he said. "[They demand] give us Kharkiv, Mariupol, Kyiv. Neither Kharkiv residents, nor Mariupol residents, nor Kyiv residents, nor the president -- we can't do that.” He said that even in cities already occupied by Russian forces, “people don't give in to them. [The Russians] raise their flags -- the people take them down."
Click to expand...