Who is John Locke?

That's just the title of this commentary written and posted on Townhall.com by Joseph C. Collins. It's not particularly controversial or a subject of debate, but I thought some of you may enjoy reading it and thinking about his questions and observations.


I am willing to wager my house that not one of my son’s seventh-grade classmates could identify John Locke in a photo. I am then willing to let that wager ride on another gamble that less than one percent of the seventh or eighth-graders in the Los Angeles Unified School District would be able to identify Locke in a photo array of historical figures. Double or nothing that not only would they not know who he is, but they would also have no idea of why he is important. I would then bet my entire stack of chips that a substantially higher number of middle-school students could identify Karl Marx. I anticipate being a very wealthy man.
This venture came to my mind following an end of the year visit to my son’s middle-school.
My wife and I attended a parents’ night at our son’s school. As we entered his English classroom, I noticed that the walls of the classroom were covered with photos of Karl Marx, Joseph Stalin, and Vladimir Lenin. The eighth-grade students had been studying George Orwell’s “Animal Farm.” On every wall was a hand-made poster featuring a photo of Karl Marx, some biographical information, along with some pithy bit of wisdom attributed to him. As we left the room, I whispered to my son, “Tell your teacher that your father wants to know when she will teach the work of John Locke.” My son responded, “Who is John Locke?”
Written by George Orwell in 1945, “Animal Farm” is the allegorical tale of the wickedness and terror of Stalinist Russia. Significantly, the book is not a condemnation of Marxism. Rather it is a cautionary tale about Stalinism. “Animal Farm” is really a commentary on how Russian apathy and political corruption derailed the Marxist utopia. It’s also a rather cynical tale of the inevitability of totalitarianism.
Orwell’s novel also happens to be a fine piece of literature and one that I believe has a proper place in our children’s literary curriculum.
But was the problem with Stalinism only that it corrupted the Marxist ideal? Is totalitarianism the natural end of all forms of government, or are men capable of ruling themselves? Without the foundation of Locke, do American children have the philosophical foundation necessary to understand what is truly evil about Stalin and Marx and conversely, what is good and unique about America? I am concerned when young students can’t identify the source of the ideas upon which their nation was founded, but can easily identify men whose political beliefs are in direct opposition to those ideas.
Locke was a 17th century physician and philosopher and is also known as the father of empiricism—the theory that knowledge is gained through evidence acquired through experience. Locke developed his ideas in his “Essay Concerning Human Understanding.” However, it is the publication of two books--“The First Treatise on Government,” and “The Second Treatise on Government,”--that makes Locke important to the study of political philosophy in general and the American founding in particular. In these great works, Locke refutes the divine right of kings and sets forth the nature of legitimate civil government, based on (what was at the time) the radical idea of natural rights and the social compact. It was the revolutionary ideas of natural rights and government limited to the occupation of securing those rights that influenced America’s founding fathers. Locke is quoted and paraphrased throughout much of America’s founding documents.
Over the years, there has been increasing pressure on America’s public schools to increase the level of math and English education. There has also been a corresponding decrease in the emphasis on teaching American history and civics. For instance, here in California, entrance requirements into the public university system call for only two years of history and government, as opposed to four in English and math.
But civic education is at least as important.
According to the Intercollegiate Studies Institute, civic knowledge not only “exerts a broader and more diverse influence on the American mind, but it also “increases a person’s regard for America’s ideals and free institutions.” In other words, the health of our republic depends on a citizenry educated in the history and source of its political ideals and the institutions those ideals produced. Certainly, that is as important as geometry. And if students must study literature, which they certainly should, why not read works that also have the benefit of teaching the source of the ideas of the American Revolution?
Between Karl Marx and John Locke, who is more important to our national political identity? So why are our children hanging posters of Marx on their classroom walls instead of Locke? I am not claiming that there is a Marxist conspiracy to indoctrinate our children. However, I do know that if we continue to neglect educating our children about the men on whose ideas this nation was built, this nation will not stand. The borders may remain the same, but the character of this nation will be lost forever.
Click to expand... 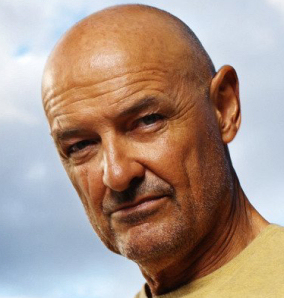 I am willing to wager my house that not one of my son’s seventh-grade classmates could identify John Locke in a photo.
Click to expand...

Who wouldn't be willing to wager there house on that?

He died over 100 years before photos existed. (Just sayin' :lol


Also, I'd be willing to wager that the same number of 7th and 8th graders probably wouldn't be able to identify James Madison by looking at a painting of him. That's infinitely more disturbing to me considering that Locke's philosophies are probably over the heads of most 7th and 8th graders, but knowing who "the father of the constitution" is, Bill of Rights, a bunch of the federalist papers, was the fourth president of the US is something that a child of that age is fully capable of grasping.

****, most adults couldn't pick Madison out of a lineup of paintings. Not to mention not being able to identify Locke.

Case in point: I wasn't a fan of "Lost". I never watched a single episode.

Now, a few of these were people with Masters degrees. All in their late 20's and early 30's.

Essentially what I'm saying is that 7th and 8th graders are one thing, and it's not really all that bad when you think about it. They wouldn't understand it anyway. Granted, I don't think there is an epidemic of Junior High students flashing around Marx paintings either, but I might be wrong on that. It would mean that there are a lot more politically astute 8th graders around than there were when I was in 8th grade though.

What is terrible is that there are ****loads of people my age who don't know who Locke is.

Beat me to it. :mrgreen:

Since it is widely known that many of the LOST characters names' were based on historical figures, one can hope more than a handful of people bothered to look up John Locke and find out who the real man was, out of intrest in the show.
R


Damnit! You beat me to it! I had the image link already copied and ready to paste in a post.

Tucker Case said:
Who wouldn't be willing to wager there house on that?

He died over 100 years before photos existed. (Just sayin' :lol
Click to expand...

George Washington died some 35-40 years before the photograph came into existence, but I bet I could pick him out of a line-up- just sayin'.
T

lizzie said:
George Washington died some 35-40 years before the photograph came into existence, but I bet I could pick him out of a line-up- just sayin'.
Click to expand...


Yes, but "I am willing to wager my house that" you would not be able to "identify" him "in a photo."
S