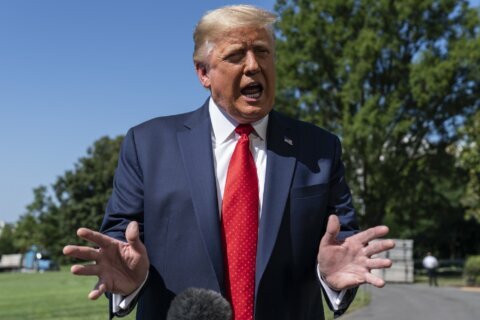 9/18/20
This administration has been doing the propagandistic bait and switch while presiding over the world's worst response to the Covid-19 pandemic: The United States has 4% of the global population but 20% of the coronavirus deaths. But hey, Jared Kushner assures us we are living in a success story. Against this dystopian backdrop, Trump and his administration just can't stop talking about his nonexistent health care plan. It's going to be great — "everybody's going to be taken care of"... there will be insurance for everybody ... no one will lose coverage ... "there will be no cuts" to Medicaid ... and "no one will be worse off financially." Those are just some of the repeated promises President Trump and his administration have made about his phantom plan. And like some two-bit con man, he keeps saying it is just about to be unveiled, just a few weeks around the corner ... just you wait. Well, we have waited. For almost four years. [/COLOR]We've all seen the Trump administration take obsessive steps to kill the Affordable Care Act — all while Obamacare has gotten more and more popular with the American people. While they spout baseless happy talk about protecting preexisting conditions without a plan to do so, the Trump administration is taking its quest to kill Obamacare to the Supreme Court, which will hear the case one week after Election Day


You see they wanted to make sure the Supreme Court hearing was after votes were cast because they know openly arguing to gut the coverage of preexisting conditions might hurt them politically, given that 43% of US households report having at least one member with a preexisting condition, according to Gallup. But after the votes are cast, your personal health care concerns are completely expendable on their altar of ideology. Look at a family photo to see who might be affected — it might even be you. Maybe that's why Trump has ramped up his baseless, health care hype in recent months, feeling the heat of the election. In July, he told Chris Wallace, "we're signing a health care plan within two weeks." Big news, right? Two weeks later, there was no plan. He tried the same schtick this week in an ABC, a painful, semi-coherent ramble about the plan just around the corner. Now with a presidential election less than 50 days away, Republicans are getting scared that voters might notice that their phantom "plan" is all repeal and no replace — in the middle of a pandemic with massive economic uncertainty. With the President is at war with science and death tolls rise, here's the hard truth: The much-hyped Trump health care plan is just another one of his lies.
Click to expand...

Trump and the GOP have no health insurance plan. But they figure they'll cross that bridge after the election and after the Supreme Court hears the case the Republicans put before the Court to declare Obamacare unconstitutional.

That's another reason why Trump/McConnell are in such a hurry to replace SCJ Ruth Bader Ginsberg. To make sure SCOTUS strips away all healthcare coverage of pre-existing conditions.

Trump and the GOP have no health insurance plan. But they figure they'll cross that bridge after the election and after the Supreme Court hears the case the Republicans put before the Court to declare Obamacare unconstitutional.

That's another reason why Trump/McConnell are in such a hurry to replace SCJ Ruth Bader Ginsberg. To make sure SCOTUS strips away all healthcare coverage of pre-existing conditions.
Click to expand...