What your hair color says about you

Our hair is our most noticeable trait — and we obsess over it accordingly. But even though we spend lots of time enhancing and re-enhancing our tresses, we probably haven't considered something pretty cool: What's underneath all the glosses and highlights can be a health barometer of sorts.


If you're a blonde...
Protect your peepers. Women have a higher risk than men of developing age-related macular degeneration (AMD), an eye condition that can cause blindness. And fair-haired females are especially prone to AMD, says Svetlana Kogan, M.D., founder of Doctors at Trump Place in New York City. A diet rich in the natural compounds lutein and zeaxanthin — found in kale, spinach, and snow peas — can help fend it off. Kogan suggests munching on one cup of the green veggies every day


Cover up. Melanin gives skin its color and helps shield it from harmful UV rays, says dermatologist Joel Schlessinger, M.D., president emeritus of the American Society of Cosmetic Dermatology and Aesthetic Surgery. Thing is, blondes produce less of the stuff, which leaves their skin (and especially their scalps) at a higher risk for melanoma. Buy a full-spectrum SPF 30 sunscreen that shields against harmful UVA and UVB rays. And don't neglect your head: "Blondes should always wear a hat when they're in direct sunlight," says Schlessinger.


If you're a brunette...
Hold on to your hair. More than half of the 30 million American women with visible hair loss are brunettes. That could be because they have less hair to begin with: "Brown tresses are generally coarser and thicker than blonde or red strands, and your body produces fewer of them," Schlessinger says. So when brown hair follicles die, they leave behind more noticeable thin patches. Stave off sparse coverage by eating right. Low iron can contribute to hair loss, so start swallowing 18 milligrams a day; one cup of fortified oatmeal will provide your daily fill.
Stub out that butt. Your chestnut mane is the result of lots of melanin, which could fast-track your dependency on nicotine. The reason: Melanin prevents your liver from quickly metabolizing the drug, and the longer it's in your system, the faster you become hooked. Animal studies suggest that vitamin C helps keep your liver in top shape. Swallow 75 milligrams a day in the form of half a cup of red peppers or a medium-size orange. Your best bet, though, is never to pick up a cancer stick. Period.
Snag a boyfriend. Do gentlemen really prefer blondes? Nope, according to Florida State University research. Not when it comes to long-term relationships. Plus, according to a 3,000-person survey, men prefer brunettes as serious mates because they see them as more reliable and steady. If you're not looking for a long-term thing, try a little spontaneity: Make the first move by slipping that cute guy your digits.

If you're a redhead...
Watch your mouth. The next time Lindsay Lohan goes in for a cavity filling, she might want to ask for extra Novocain. Fiery locks, it turns out, stem from an inherited DNA mutation that also makes redheads resistant to general and local anesthetics, says Daniel Sessler, M.D., an anesthesiologist at the Cleveland Clinic. In fact, carrot tops may need up to 20 percent more numbing juice than blondes or brunettes. But don't let a little hurt keep you from getting good oral care: Talk to your dentist about pain management prior to plopping down in her chair, or take 500 milligrams of ibuprofen one hour before the appointment.
Look out for Parkinson's. A recent Harvard study found that redheads have an almost 90 percent greater chance of developing the disease. Why? Possibly because of that same gene mutation: It influences another type of gene that, when also mutated, can be associated with Parkinson's. On the plus side, research shows that folic acid might delay the progression of the illness. Margaret Lewin, M.D., medical director of Cinergy Health, advises taking 400 micrograms a day (more if you're pregnant). A multivitamin has all the folic acid most women need.
Stock up on condoms. :lamo Redheads make red-hot lovers, or so the stereotype goes. One thing's for sure: They get a lot more action, according to one study. This might be due to a self-fulfilling prophecy, says Kogan. "Red is associated with fire, and fire is associated with passion," she says. "Often, you become what people expect of you." Something others are eager to try: Recent Clairol research shows nearly 40 percent of people said they'd go scarlet for a day if they could.

What your hair color says about you - Health - Skin and beauty - msnbc.com
M

''More than half of the 30 million American women with visible hair loss are brunettes. That could be because they have less hair to begin with: "
Well, I am a brunette with lots of hair. It is thick and wavy and hangs to a few inches below my waist. Does this mean I should disregard the rest of the information about brunettes?

Mell said:
''More than half of the 30 million American women with visible hair loss are brunettes. That could be because they have less hair to begin with: "
Well, I am a brunette with lots of hair. It is thick and wavy and hangs to a few inches below my waist. Does this mean I should disregard the rest of the information about brunettes?
Click to expand...

Maybe?
what color are your roots? :2razz: oke
M

The Giant Noodle said:
Maybe?
what color are your roots? :2razz: oke
Click to expand...

Brunette. My hair is dark brown, and I dye it black. Black is slightly darker than the its natural colour, but darker suits me, because I am pale skinned.
Here is a pick of it.
Mel and Lydia | Photo
M

Anyway OP, I am showing you the photo, in the hopes that you can now tailor an analysis of me, based on my specific hair. How long will it take you to make one?

Mell said:
Anyway OP, I am showing you the photo, in the hopes that you can now tailor an analysis of me, based on my specific hair. How long will it take you to make one?
Click to expand...

I have made a decision. You have nice hair. You also like chocolate
M

The Giant Noodle said:
I have made a decision. You have nice hair. You also like chocolate
Click to expand...


Thank you and yes I love chocolate.

I think those are silly overgeneralizations; brunettes usually have much stronger and thicker hair than fair-haired folks, who tend to have hair that is both thin and fine.

You forgot "redheads are bitches".

Tart with a Heart

Gipper said:
You forgot "redheads are bitches".
Click to expand... 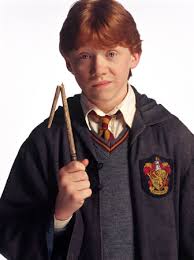 I thought that was the smartass neighbor kid from Adventures in Babysitting for a second.

Is that the kid from Harry Potter? I don't watch the movies (or read the books for that matter).

Speaking of hair color, last night I had sex with both a redhead and brunette and both times it was my wife. Thanks goes to natural instinct hair coloring products.