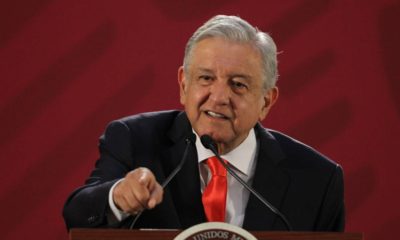 12/18/18
WASHINGTON — The United States, joining an effort by Mexico, will commit to investing billions in Central America in hopes of ending the poverty, violence and drug-trafficking that are driving thousands of people in the region to undertake the difficult trek to the United States, the State Department announced on Tuesday. Mexico’s new president, Andrés Manuel López Obrador, introduced what he called a “Marshall Plan” last week to address the root causes of Central American migration: a $30 billion initiative to invest in the region and welcome migrants into Mexico with visas, health care and employment. On Tuesday, the Trump administration signaled its support for the plan, saying it was committing $5.8 billion in private and public investments in Guatemala, Honduras and El Salvador. Much of that amount, however, was previously committed or contingent on the identification of “commercially viable projects.” Mr. Trump has, on occasion, threatened to end all such aid unless migration from the region ends entirely, something few diplomats see as possible.

“Since President Trump took office, Congress has rejected his misguided effort to slash foreign assistance to Central America,” Representative Eliot L. Engel, Democrat of New York, who is expected to lead the House Foreign Affairs Committee next year, said on Tuesday. “So it should come as no surprise,” he added, “that Democrats in Congress are skeptical about the Trump administration’s rhetorical commitment to new funding for Central America and southern Mexico to address the root causes of child migration.” Although the United States has sought in recent weeks to reset its relationship with Mexico, the two sides remain at odds over Mr. Trump’s plan to build a wall along their shared border. He has threatened to shut down the government if Congress does not give him $5 billion toward construction, something Mr. Trump promised during the 2016 campaign that Mexico would pay for.
Click to expand...

I hope the Trump administration is sincere. Smart policy would be to address core problems in Central America such as unemployment, poverty, rampant crime, and official corruption rather than solely concentrate on border crossings, which is in reality only a resultant symptom of the core problems radiating from Central America.
You must log in or register to reply here.
Share:
Facebook Twitter Reddit WhatsApp Share Link
Top Bottom