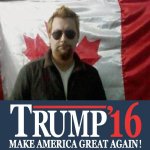 Rami Amer Dabbas '' Lewkowich ''
So it seemed all the Jewish Israelis want peace with the Arab countries and actually want to visit. Only the Arab students are against – many of them support Nasrallah and some said clearly that the majority of Palestinians support Nasrallah (Hezbollah). This is why there will not be peace with the Palestinians until they change their tune.
some said Israel built their country over Palestinian lands ok back to history
there Were not Palestine, Syria etc.. than so they were part of Ottoman Turkish Islamic Caliphate they never existed while back to history and books you will find Israel existed the fact is Arab stole Jewish lands and still Jewish in modern times they want peace .
they tend to blame Israel and Jewish people while take a look
what’s happening right now in Syria, Iraq, Yemen, Libya, Afghanistan is not related to Israel. it’s would be the same with or without Israel. Arabs and Muslims should gonna start fixing their problems in those countries than blame it all on someone else.
Why did Egypt, Jordan, Syria, Iraq, Lebanon etc attack Israel in 1948? To kill the Jews and take their land (all of it legitimately purchased). Well Arabs lost. And Israel became larger. And Arabs lost again in 1967. And Jordan lost the West Bank (which it never intended to give to any Palestinians) and then they lost again in 1973. I could go on. Arabs all need to make peace with Israel, forget the Palestinians who are nothing but trouble, and fix Their own lives.
They have so many excuses for why the Arabs lose all the wars. But all Arabs need is to get over themselves and make peace with Israel. So much good could come to the Middle East but they can never give up the hatred. The Palestinians are not worth the effort.
so my last this and message to whole the world : No Palestine, no Palestinians. Only Arabs from Syria , Egypt, Iraq etc. Zionism only means a homeland for the JEWS. Learn to live with it or leave. Because the Jews aren’t going anywhere. The only barbaric murderers are blood brothers Hezbollah, Boka Horom, Al Qaeda, Hamas, ISIS and all Their bloodthirsty brothers. So who refuse to integrate please try your bull**** somewhere else.
Click to expand...
J
Written by