As this publication has exclusively and exhaustively detailed, on the eve of the January 6 insurrection Team Trump convened a 23-person war council at Trump International Hotel in D.C. to plot out—as attendees have since confessed—what would happen the following day. It is now clear that a second, contemporaneous pre-insurrection war council was held at a nearby Washington hotel and that it may well have been linked, through either phone or video conferencing, to the first.

This previously unreported news could significantly swell the size of Donald Trump’s pre-insurrection planning team, even as it remains possible (indeed, a possibility that has been extensively investigated here at Proof) that any remote conferencing that occurred the night before the January 6 insurrection also included the White House.

Other possible attendees—whose status is still being investigated in light of evidence they were present—include Alex Jones, Sidney Powell, Patrick Byrne, and Guiliani cybersecurity adviser Phil Waldron. As Proof has previously noted, and as will become vital to the account below, four individuals from the two lists above now claim (or have had it claimed by legal counsel) that they weren’t, in fact, part of any meeting involving Trump International Hotel on January 5, despite eyewitness accounts to the contrary. Those individuals are Michael Flynn, Rudy Giuliani, Peter Navarro, and David Bossie.

Based on the evidence now available, the largest possible size of the group that met at Trump International Hotel on January 5—all members of Trump’s inner circle—is 23.

But emerging evidence—see below—now suggests a sizable team of Trump insiders concurrently gathered, on January 5, at the Willard InterContinental Washington D.C. Hotel (“the Willard”) at 1401 Pennsylvania Ave., 0.3 miles from the White House.

The group that gathered at the Willard Hotel on January 5 appears to have been nearly as large, if not larger, than the group at Trump International Hotel. Possible attendees include, of those not also reported to have been involved in the January 5 meeting at Trump International, the following: Roger Stone, Alex Jones, Steve Bannon, John Eastman, Robert Hyde, Russell Ramsland Jr., Jim Penrose, Sal Greco, Jennifer Lynn Lawrence, and Dustin Stockton. Moreover, among the Willard war room attendees concurrently said to have been involved in a meeting at Trump International Hotel we find Rudy Giuliani, Ali Alexander, Sidney Powell, Michael Flynn, Phil Waldron, and Peter Navarro. In all, the suspected roster of Willard war room attendees numbers 16, though that number may swell after additional investigations at Proof and elsewhere. 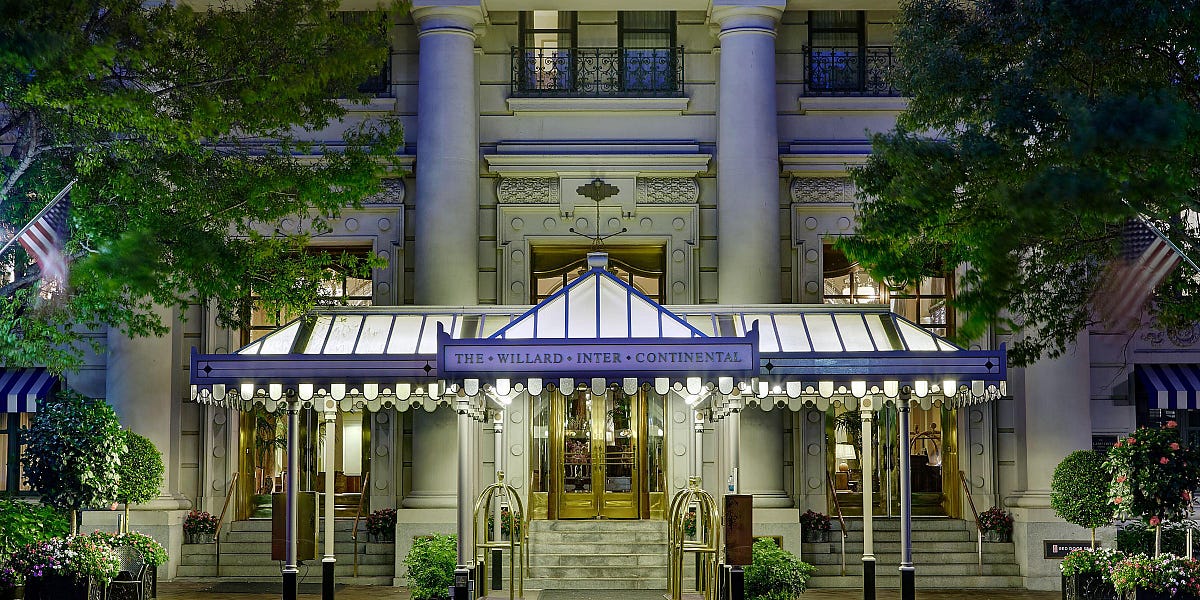 An investigation of who was in this second Insurrection Eve war room has now begun.