The flaw in Trump’s suburban strategy

The flaw in Trump’s suburban strategy 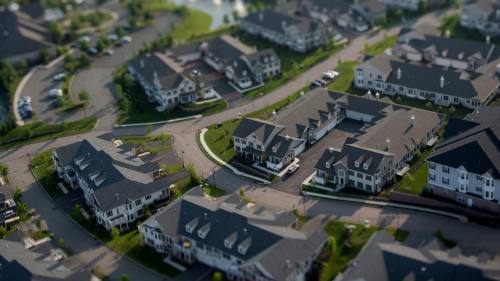 8/20/20
Give President Trump this much: He has finally realized that the 2020 election will be lost and won in the suburbs. The question is whether his realization comes too late. In recent weeks, Trump claimed that Democratic presidential nominee Joe Biden wants to “abolish the suburbs,” tweeted that he would preserve the American Dream for “Suburban Housewives of America” and bragged that his repeal of Obama-era housing regulations intended to prevent segregation would prevent suburbanites from being “bothered or financially hurt by having low income housing built in your neighborhood.” It’s another step to stoke racial anxiety, this time among voters who moved leftward in the 2018 midterms and will be crucial in November. Other Republicans have tried it in cycles past. But the scare-the-suburbs tactic has flaws in 2020. First, demographics. These communities are no longer all-White bastions where fathers work and mothers stay home with the children. These neighborhoods are racially diverse. Playing the race card is more likely to backfire now than in any time in a generation. According to YouGov, 50 percent of suburbanites think Biden would be better at handling race relations than Trump, and only 28 percent prefer Trump to Biden.

Finally, Trump’s suburban pitch is off-key in an election dominated by the coronavirus. According to Gallup’s long-running “Most Important Problem” survey, concern about economic issues is at an all-time low, despite the economic impact of the pandemic. It’s understandable that Trump would want to shift the narrative away from the virus — less than 40 percent of Americans approve of how Trump has handled the pandemic. And it makes sense to target the suburbs. Voters there make up roughly half of the electorate. Trump needs votes and he needs them quickly, so he is playing on suburban voters’ basest fears to win back former Republicans and overcome Biden’s strength in cities. But Trump may discover that, with kids going back to schools and colleges, voters in the suburbs have far too many other fears to worry about the homogeneity of their neighborhoods.
Click to expand...

Trump is betting most Americans still see things as he does, through a 1960's lens of structural racism.