Thailand extradites 'Merchant of Death' to US 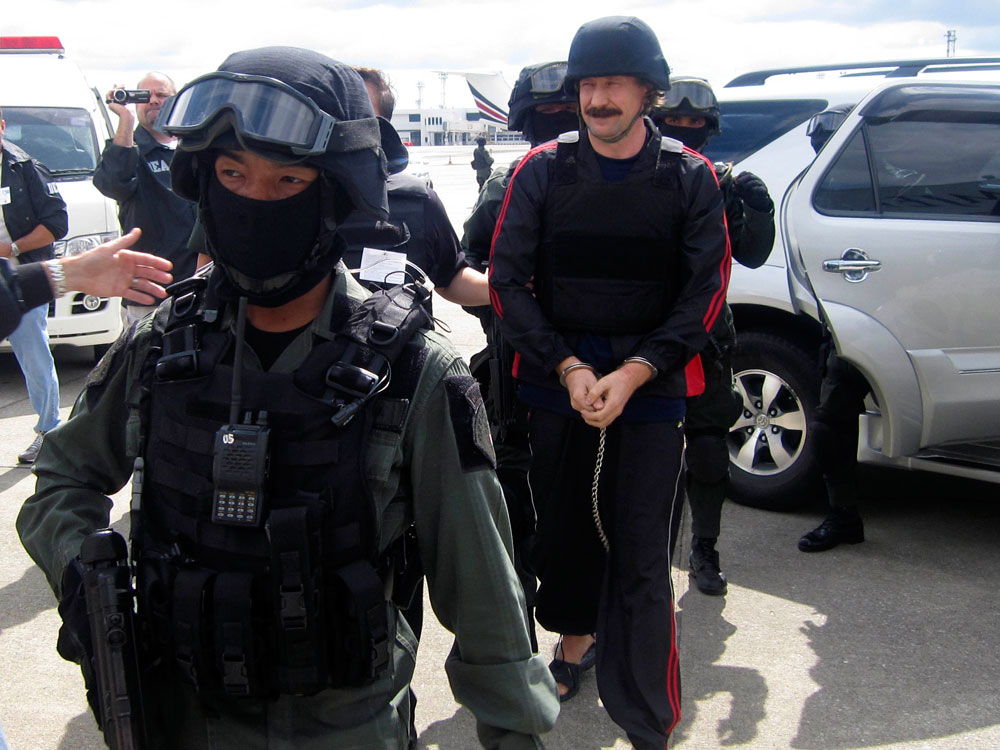 Russian arms trafficking suspect Viktor Bout was flown from Bangkok to suburban New York on Tuesday in a chartered U.S. plane, extradited in manacles despite a final outraged push by Russian diplomats to persuade Thailand to release him, a U.S. law enforcement official said.

Bout arrived late Tuesday night at the Stewart Air National Guard Base in Newburgh, said the official, who spoke to The Associated Press on condition of anonymity because of security concerns.

Bout's extradition followed a bruising diplomatic tug-of-war between the U.S. and Russia that shows no sign of letting up and could jeopardize cooperation on arms control, nuclear weapons curbs and the war in Afghanistan.

Bout, a former Soviet air force officer who is reputed to have been one of the world's most prolific arms dealers, was arrested at a Bangkok luxury hotel in March 2008 as part of a sting operation led by U.S. agents.

Bout has allegedly supplied weapons that fueled civil wars in South America, the Middle East and Africa, with clients including Liberia's Charles Taylor and Libyan leader Moammar Gadhafi and both sides in Angola's civil war.