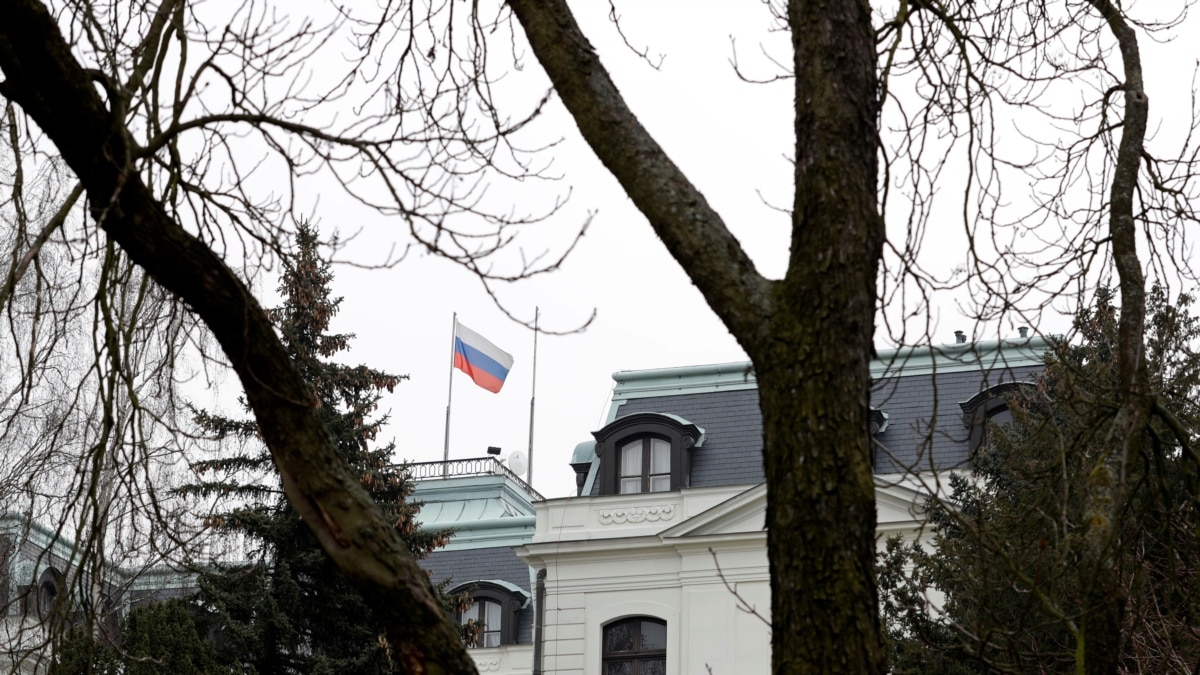 Authorities in the Czech capital, Prague, have approved a proposal to rename one of the streets that runs in front of the Russian Embassy to Ukrainian Heroes Street. 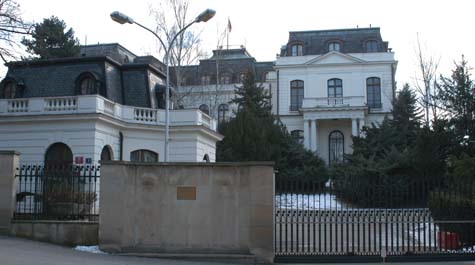 3.25.22
Authorities in the Czech capital, Prague, have approved a proposal to rename one of the streets that runs in front of the Russian Embassy to Ukrainian Heroes Street. Prague municipal lawmakers said in a tweet on March 25 that the idea was approved by the city's topographical commission two days earlier. The street was previously named Korunovacni Street. In addition, a railway bridge next to the site will be named after Vitaliy Skakun, a Ukrainian soldier who blew himself up to destroy a bridge in the Kherson region to block the progress of Russian troops on February 24, the day the Kremlin started its unprovoked invasion of Ukraine. Ukrainian President Volodymyr Zelenskiy posthumously gave Skakun the title of Hero of Ukraine. The proposal to rename the bridge and the street now has to be approved by the city administration, which is expected in the coming days.

It's not the first time Prague officials have made a political statement to Russia around its embassy. In 2020, they renamed a square next to the embassy after Boris Nemtsov, a former Russian deputy prime minister and outspoken critic of President Vladimir Putin's government who was fatally shot in February 2015 near the Kremlin. The same year, Prague's mayor named a promenade in a park behind the embassy after Russian journalist Anna Politkovskaya, who was also a critic of Putin. Politkovskaya's dogged reporting exposed high-level corruption in Russia and rights abuses in its North Caucasus region of Chechnya. The New York-born journalist was shot dead near her Moscow apartment building on October 7, 2006.
Click to expand...

Kudos to the Czech Republic, and to the officials and citizens of Prague.