One man flea market. Preparing for the new day in Irkutsk, Russia.

12/29/18
It takes hours for the morning steam to lift from the river in Irkutsk and for the temperature to creep up from around -20C. This sprawling Siberian city feels like a place apart, its harsh realities overlooked by the decision-makers in Moscow, five time zones to the west. Those realities are symbolized by an outside loo. The "toilet of shame" stands outside an apartment block in one of Irkutsk's most depressed suburbs. The wooden shack was installed in the frozen yard by the building's management firm when residents' debts reached record levels. It's a warning of where they'll have to come, if they don't pay up. "We tell people that we'll block the sewage pipes in their flats if they don't pay," the firm's boss Alexei Mikhailov explains beside the hut, his breath falling in frozen clouds. He's been doing just that, at a rate of 40 toilets a month. "Our wages aren't going up, but prices for everything are rising," says Natalia, one of the residents who owes Alexei money. "I've heard they're blocking toilets. But that will just make people angrier." Another woman who admits she has no way to repay her debt says her own loo has been blocked for months. She has been forced to use bags. Officially, 13% of Russians are now living in poverty, a figure that has been climbing for five years. A recent survey by the well-connected Ranepa institute suggested the true statistic was 22%. 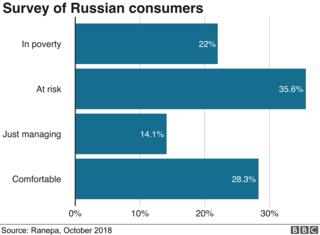 In Irkutsk, even officially, it's 20%. President Vladimir Putin has pledged to halve those figures by 2024, but the economy is barely growing while the grumbles of discontent clearly are. Rising fuel and communal service prices top the complaints list. Sales tax (VAT) will hit 20% in the New Year; then there's pension reform. Vyacheslav Golovin has been driving the number 65 bus in Irkutsk for two decades, a route that now runs past the outside toilet. At 56, he had begun to look forward to his pension: not to retire and rest, but for extra cash. His salary some months is just 15,000 roubles (£200). "Our leaders don't listen," Vyacheslav complains, opening the doors of his bus for passengers to clamber in from the cold. "They didn't even let us hold a referendum." "It's getting harder to get by. Groceries cost more; utilities; electricity. It's all going up," the bus driver says, perched on a sofa-bed in his one-room flat. "It's not like Europe, here. Pensioners can't relax. They have to keep working to survive." In Irkutsk some of his harshest critics are the Young Communists. "We really don't like our government," 21-year-old Evgeny puts it bluntly. "We have to change our president with his friends." There is no revolution brewing in Irkutsk, whatever the Communist Youth might like. Even protests, so far, have been relatively small. Vladimir Putin's talk of Great Russia did chime with a nation that felt strong and stable after the trauma of the post-Soviet years. But here, in the freezing heart of Siberia, it seems the cracks in that message are starting to show.
Click to expand...

Increasing poverty. And yet Moscow subsidizes occupied Crimea with $2 Billion a year.

Thankfully there is no poverty in the US.


That's why the US can spend $750bn on defence annually to maintain its global military empire. There is no poverty, no homelessness ........... the people are all happily cheering the shiny new tanks and aircraft popped out by the MIC, and cheering on those brave US Servicemen who are still being killed in Afghanistan after nearly 20 years of un-rivalled success.

Westphalian said:
Thankfully there is no poverty in the US.
Click to expand...

Thankfully, there are no "Debtors' toilets" in the US. That's something from the third world ... eastern Russia.

You'd never realize it from listening to Putin.

Rogue Valley said:
Thankfully, there are no "Debtors' toilets" in the US. That's something from the third world ... eastern Russia.
Click to expand...

What world are you living in? There are a lot of people in the United States who have no water service, many of them elderly.
Just because no one built a shack outside doesn't make any difference.

In 2016, more than one in six Detroit households had their water cut off, 83,000 homes over the past three years.
And it's not just Detroit, the pattern is repeated all over the U.S.

No poverty?? I guess that depends on how one defines their terms. Some people on this forum only use the word to describe third world children in Africa, the emaciated ones covered in flies with distended bellies from "kwashiorkor" or marasmus.

They cannot differentiate between the poor and the dying. Their Dickensian outlook allows them to snort indignantly, "Are there no prisons are there no workhouses?" 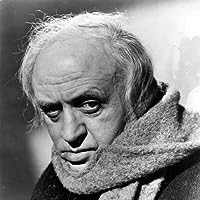 If you can convince the poorest wingnut that they're still better than the best liberal, they will empty their pockets for you...a variation on an old well known theme once employed to peel off poor dumb Dixiecrat yokels and get them into the Southern Republican party.

And they have even managed to convince the government to force blue states to subsidize all those white trash filled red states, so that the red states can strut about as if they've managed things well.

No poverty my rosy red butt.

Westphalian said:
Thankfully there is no poverty in the US.


That's why the US can spend $750bn on defence annually to maintain its global military empire. There is no poverty, no homelessness ........... the people are all happily cheering the shiny new tanks and aircraft popped out by the MIC, and cheering on those brave US Servicemen who are still being killed in Afghanistan after nearly 20 years of un-rivalled success.
Click to expand...

Perhaps you should quote where I stated there is no poverty in the US. If you're going to accuse me of saying something so stupid, then lay down the quote.

And I'll remind you that there are plenty of forums to discuss America's many problems, which I do every day here.

This baby here is the Europe forum.

Rogue Valley said:
Perhaps you should quote where I stated there is no poverty in the US. If you're going to accuse me of saying something so stupid, then lay down the quote.

And I'll remind you that there are plenty of forums to discuss America's many problems, which I do every day here.

This baby here is the Europe forum.
Click to expand...

Westphalian says there's no poverty in the U.S.
You said that we don't have wooden shacks set up as debtor's toilets here.
I assume both you and Westphalian are still reading the thread.
Forgive me for bundling a response to the both of you.

Yeah, over here it's more likely we'll see poor people bagging up their turds instead of using a debtor's toilet, but I daresay that porta potties set up beside a tent city is a rather similar metaphor for the Siberian experience. 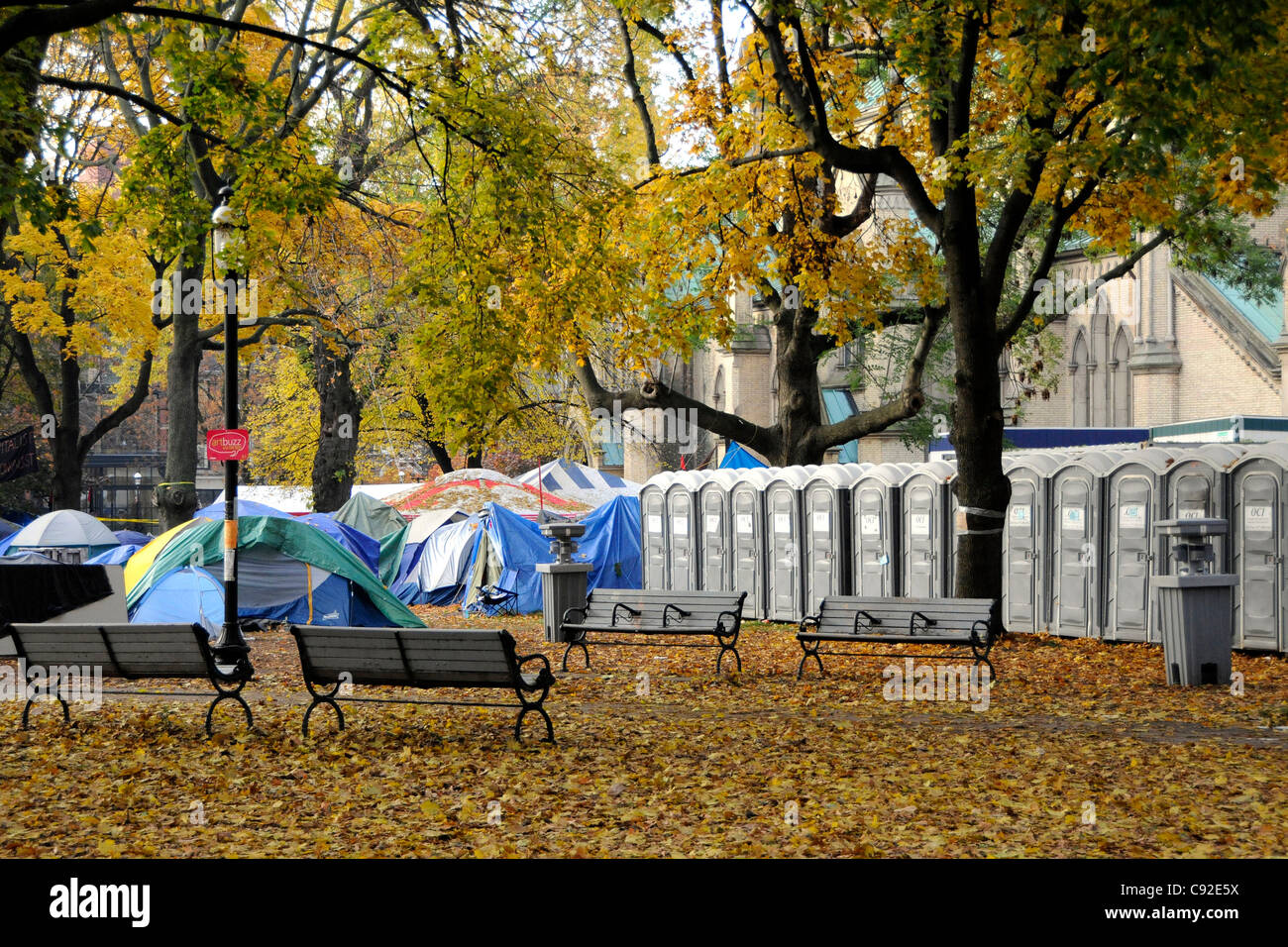 Irkutsk has a reputation for dissidence stretching back centuries and 33% of Irkutsk inhabitants were political exiles in the end of the 19th century. Siberia was Tsarist Russia's Australia, where political dissidents and habitual criminals were deported to be incarcerated in penal colonies. Most of the current inhabitants in the region are their descendants.

On 21 June 1906, the socialist-revolutionary activist Marja Spiridonova and five of her companions were deported from Moscow to penal servitude in Siberia for having killed a landowner. She spent 11 years in a Siberian prison and was released after the February Revolution of 1917. She blew up Chita prison soon after her release.

As a colony of Tsarist Russia, Siberia was understood primarily as a place for exile and punishment. In Soviet Russia, Siberia became a place of torture and death because of the concentration camps that were developed in these territories from 1926.
Click to expand...

One Russian in Four Lacks an Indoor Toilet, One of Many Signs There are Now ‘Four Distinct Russias’

There are today ~144 million Russians living in the Motherland. From Russia's state statistical agency Rosstat.....