Putin’s last stand: How to lose a war simply by starting one 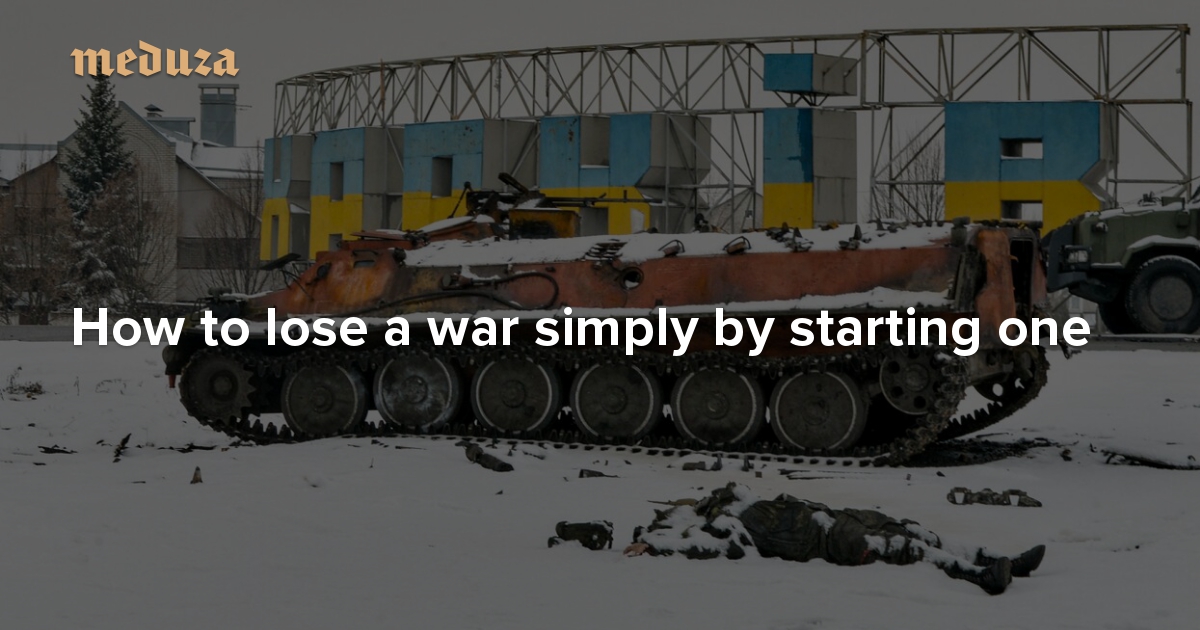 How did this war with Ukraine even become a possibility? According to Meduza’s Ideas editor, Maxim Trudolyubov, the answer to this question can be found in the political alternate “reality” developed in Russia in recent years on the basis of lies, manipulation, and the production of fakes. This...

How did this war with Ukraine even become a possibility? According to Meduza’s Ideas editor, Maxim Trudolyubov, the answer to this question can be found in the political alternate “reality” developed in Russia in recent years on the basis of lies, manipulation, and the production of fakes. This “reality” had seemed so crudely constructed that it was impossible to imagine anyone in charge (especially those who created it) to believe it seriously. As it turns out, however, somebody does believe it. His name is Vladimir Putin. From the very outset of the Putin era, the Russian government has been engaged in a harsh, militaristic battle with public reality. Everything genuine was deemed alien, foreign, other, extremist, and “terrorist.” Recall Alexey Navalny’s civic network — an organization that aimed to wage a political, nonviolent war against the regime, and which was declared to be, essentially, a “criminal” organization because of it. Faceless administrators who have worked under various Kremlin political bosses — Vladislav Surkov, Vyacheslav Volodin, Sergey Kiriyenko — were clearing the field in close cooperation with the security apparatus. The results of their work are truly horrifying. Putin’s theater totally failed in building a zombified alternative to an actual living society. In the end, those who made us all “others” (“foreign” or “undesirable”) could offer nothing themselves. The alternative reality was nothing but a crooked mirror of the living public sphere, filled with clowns in the place of politicians, cheap imitations instead of functioning social welfare organizations, and propagandists instead of journalists and analysts.

Putin convinced himself that Ukrainian society is the same kind of theater where, using killings and threats, he could make that society into his own, turning it Russian. He thought that Ukrainians, from grunts on the battlefield to the government that he hates so vehemently, would fold like a deck of cards and bow down to his supremacy. The president of Ukraine is an actor and a comedian. The mayor of Kyiv — a boxer. Who did they even think they were? It seems that he seriously believed he had psychological and moral superiority over contemporary Ukraine — over the entire free world. His own damaged perspective prevented him from acknowledging that all his “superiority” was nothing but the invention of his own court jesters. His television and press have for many years had but one producer and viewer: Vladimir Putin himself. He poisoned himself with his own lies.The president has no moral superiority over anyone. His superiority lies solely in his military might. He’s poisoned not only himself, but also all Russians. Russia lost this war morally simply by starting it. No matter what happens on the battlefield, Russia has lost this war as a political, economic, and social entity: as a country, as a part of the global community.
Click to expand...