Barr claims a man collected 1,700 ballots and filled them out as he pleased. Prosecutors say that’s not what happened. 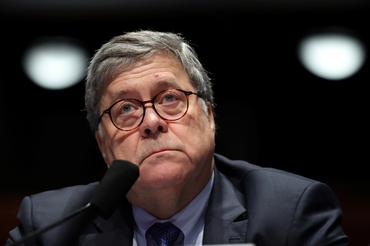 9/3/20
In his latest warning about the dangers of mass mail-in voting, Attorney General William P. Barr pointed to a case in Texas that he said highlighted the risk of fraud. “Elections that have been held with mail have found substantial fraud and coercion,” Barr told CNN on Wednesday. “For example, we indicted someone in Texas, 1,700 ballots collected, he — from people who could vote, he made them out and voted for the person he wanted to. Okay?” Federal prosecutors brought no such indictment. And while a Justice Department spokeswoman said Barr was referring to a local prosecution involving suspected mail-in voting fraud in a city council election, the assistant district attorney on that case said Barr’s description doesn’t match the facts. “That’s not what happened at all,” said Andy Chatham, who is now in private practice. “Unfortunately, it speaks volumes to the credibility of Attorney General Barr when he submits half-truths and alternative facts as clear evidence of voter fraud without having so much as even contacted me or the district attorney’s office for an understanding of the events that actually occurred,” he added later. After being asked about Chatham’s account, Kerri Kupec, a Justice Department spokeswoman, said in a statement: “Prior to his interview, the Attorney General was provided a memo prepared within the Department that contained an inaccurate summary about the case which he relied upon when using the case as an example.”
Click to expand...

Pressed during a live interview on CNN to identify mail-in vote fraud cases, Barr could only mention this Texas case. But what Barr inferred is not at all what happened. One person was convicted of fraudulently voting twice using a neighbor's ballot. There was never 1,700 blank ballots available to this individual.