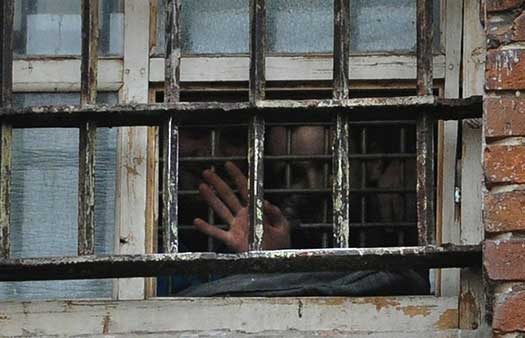 1/4/19
It is still unclear whether U.S. citizen Paul Whelan was indeed, as the Russian authorities allege, a spy, or whether he is the victim of mistaken identity or cynical state hostage-taking. Nonetheless, the danger is that we are sliding into an era when civilians become pawns in the game of modern statecraft. On the face of it, Whelan seems an unusual choice for an agent. A former U.S. marine, dishonorably discharged, he had been visiting Russia since 2007 and was active on Russian social media. Between that and his role as his company’s head of security, he was hardly inconspicuous. What’s more, the CIA is loath to send operatives under “non-official cover” without diplomatic immunity into such a hostile environment as Russia, where counter-intelligence is effective and the authorities intolerant. It is not entirely impossible, if the information was truly top priority, especially given that the CIA’s official-cover team in Russia would have been gutted by the recent round of tit-for-tat expulsions. But it is easier to believe he was simply picked as a handy victim, or fell foul of a security apparatus prone to professional paranoia and a degree of mirror-imaging. Moscow certainly uses a variety of non-official covers for intelligence agents, so it might presume that Whelan, eager to cultivate Russian friends, was a spy.

Of course, it is hard not to presume that there is a connection with Maria Butina’s case. She was charged neither with outright espionage nor simple unauthorized lobbying but under “espionage lite,” Section 951. This targets “agents of foreign governments,” defined as those who agree “to operate within the United States subject to the direction or control of a foreign government or official” — a very broad definition. Tit-for-tat arrests with an eye for future prisoner swaps have long been part of Russian intelligence community practice. Spies, after all, have a strong code of getting their people back. A swap for Butina would seem to be a good deal to both: a quick resolution so that the story is swept off the news cycle for the former, proof that a tough line brings results for the latter. But assuming that Whelan is innocent, it would further consolidate a worrying trend, making civilians fair game. It is hardly a new tactic, evident in the recent Chinese arrests of two Canadians after the chief financial officer for Huawei Technologies was detained in Vancouver following a U.S. extradition request. But it is also a chilling one in an age when technology, easy travel and seamless communications would otherwise seem to bring peoples together. But then again, for the “Pyongyang tendency,” which already sees political threat and cultural homogenization in the spread of foreign values and influences across Russia, that may well be the point.
Click to expand...

Hostage taking is a dangerous and zero-sum game that Moscow has embarked upon.

Ray Charles can clearly see what this is all about and he has the handicap of being both blind and dead.

I bet Russia knows of at least two other US spies, is watching them and could apprehend them at any time. Same with us and Russian spies.