Baraque Fraiture is the name of one of the highest hamlets in Belgium. It is crossed by two highways, where a battle involving US and German troops occured during the Battle of the Bulge, in 1944-1945. 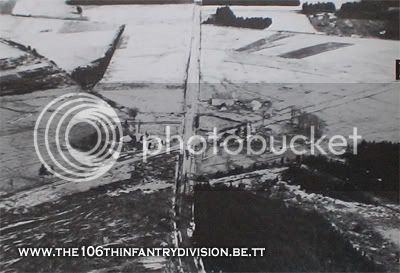 In the forested hills of eastern Belgium stands the tiny hamlet of Baraque de Fraiture at the intersection of two good highways. To see this little clutch of buildings, one would hardly think that the red tide of war had ever washed over them. Yet this now-peaceful crossroads was the scene of fierce combat, one of the most heroic that ever graced the annals of American arms.
Click to expand...

On December 20, 1944, an US battalion was ordered to stop German Panzerdivisions which had cracked the Allied front. However, most of this battalion had been destroyed or captured during the early stages of the battle, and all that remained to defend the crossroads were 3 howitzers, some halftracks and a few machineguns - less than 300 soldiers.

Yet, they decided to head to Baraque Fraiture and conduct an "Alamo defence".

However, the terrain around it is flat and full of small concealed roads and evergreen woods that can easily be infiltrated. Still, they placed mines, emplaced their howitzers and machineguns, and waited for the German armored waves to come in. 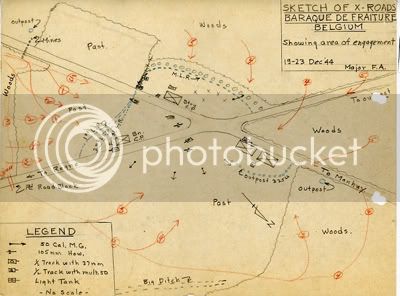 What is remarkable is that, badly outnumbered and unable to move away, these 300 soldiers prevented the German divisions to move forward during 2 days, giving time to other US divisions to prepare a counter-attack.

After the Nazi surrender, Allied interrogators learned from defeated commanders that the prime reason for the German armored mass failing to come forward as planned was "....the initial American defense had been more tenacious than anticipated; complete and rapid rupture of the defensive positions had not been achieved"
Click to expand...

You can see one of the Howitzers today, in the middle of the crossroads.