WASHINGTON, DC - In a shocking reversal, the Alien has switched his endorsement from Barack Obama to John McCain. 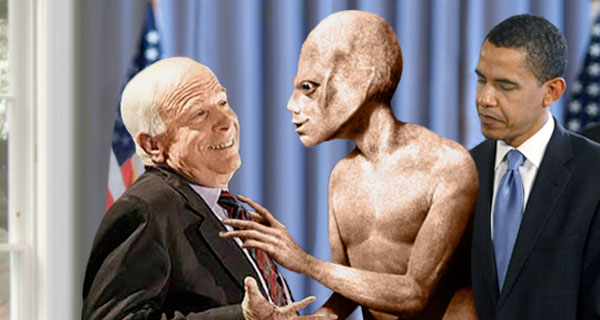 Ongoing investigation points to Cindy McCain as being the cause for this historic shift in allegiances.

Uncovered photos suggest that in a last ditch effort to help her husband’s failing campaign, Cindy McCain seduced and then blackmailed the Alien for his endorsement. 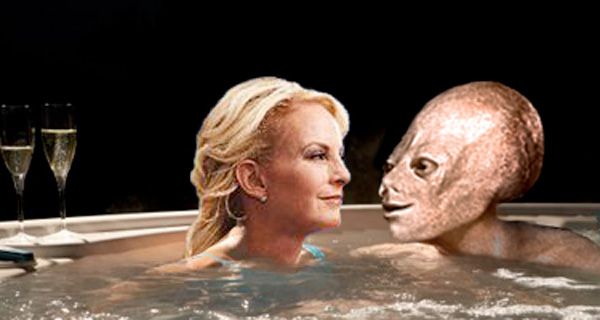 At a recent McCain rally, inside sources say Cindy McCain disappeared with the Alien after sharing several champagnes with the notorious intergalactic lightweight. Ms. McCain’s alien-like good looks and natural blood temperature of 54 degrees Fahrenheit may have proved too much for him to resist as she reportedly put her cyborg husband into sleep mode and worked her charms.

This is not the first time the Alien, who sources say is no prude, has been in political “hot water.” During the 2004 election he was photographed in a hot tub with Laura Bush and Teresa Heinz Kerry. As the Alien is now married with children the release of these photos could be devastating for him.

What impact this news will have on the election has yet to be determined. Swing state voters, who will decide this election, have the highest rate of alien abductions and UFO sightings and are known to vote in accordance with supernatural forces.