North Korea's ruling party will hold its first conference in a generation on 28 September, state media reports say, amid speculation that leader Kim Jong-il is about to name his successor.

Observers believe a promotion would anoint him as the heir to his father, the self-styled Dear Leader.

"The conference of the WPK [Workers Party of Korea] for electing its supreme leadership body will take place in Pyongyang on 28 September," the statement said.

The announcement ends weeks of speculation about the date of the meeting, which is believed to have been delayed several times.

Kim Jong-il was promoted at a previous conference in 1980, which at the time was seen as confirmation that he would succeed his father, Kim Il-sung.
Click to expand... 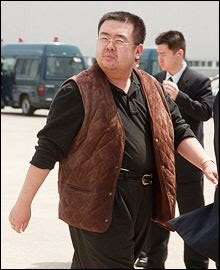 Long thought, that Kim Jong-un would be the successor, to carry on the faux-pas, murderous, "communist" regime.

I have studied North Korea very much, and to even try to get to the bottom of it's absolutely insane government, and actions, one can only trace it back to the cult of personality head Kim Jong Il...

Delusional, corrupt and self aggrandized moron.

Reading what I've read, there are many pragmatists in the North Korean Hiearchy that could open things up a little, and perhaps end this petty regime. Should Kim Jong-Un take power, I can only hope either he has a change of heart from his father, or that his leadership is weak, and allows the pragmatists to change things.

For one reason, and one reason alone. The peoples sake.

North Koreans are the most oppressed people in the world, hands down.

I hope for their freedom.

A wise man once said: "To know what is the motive of your adversary one must put himself in the mindset of your opponent. How ever it is beyond the capabilities of a mere mortal man to know the thoughts of one who is mentally disturbed."

Or words to that effect.

It is clear that something has gone very wrong with the mental processes of those in the North. They ar stuck in the early 50s only worse because of pollution and neglect because of all the money spent on the military.

They can see how the South has prospered and you might think cooler heads would prevail and the one who actually makes the effort to join peacefully with the South would forever in History know as a great person, and highly revered for ever more.
You must log in or register to reply here.
Share:
Facebook Twitter Reddit WhatsApp Share Link
Top Bottom