Granted they are Not as tough looking as Nicolas Sandman but i still would not want to run into them .
Sure hope Biden can do something about them.
Darn racists ! 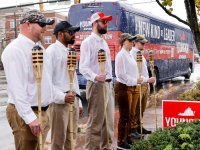 Eatomus said:
Granted they are Not as tough looking as Nicolas Sandman but i still would not want to run into them .
Sure hope Biden can do something about them.
Darn racists !
View attachment 67365435
Click to expand...

They are going for the "wet shirt" look.
M

Location
On an island. Not that one!

Perhaps not the people in the photo but "Violent, White Supremacists" are seen as a major threat.

Business Insider Sept 10, 2021 20 years after 9/11, jihadists are no longer the biggest threat facing the US

Here's an article, that I found to be somewhat surprising, co-operation between extremists on both ends of the political spectrum appears to be increasing.

For years, counterterrorism officials and outside analysts alike have relied on identifying distinct groups or at least analytic categories to sort terrorist and other violent threats. However, weird hybrids regularly emerge, with previously distinct right- and left-wing extremists converging in dangerous ways. Cynthia Miller-Idriss and Brian Hughes of American University examine these strange coalitions, describing their emergence and identifying the factors that drive them.

On the organizational side, political violence is emerging from a loose new coalition that spans the extremist spectrum in ways that muddle the ideological basis typically understood to be at the root of terrorist and extremist violence. On the post-organizational side, exposure to extremist content and radicalization into ideologies and violence outside the boundaries of organized groups is increasing—largely through online encounters with propaganda, disinformation and extremist ideas.

The new coalitions became especially visible as the coronavirus pandemic began, when protests against shutdown orders and mask mandates drew thousands to state capitol buildings. These protests brought together groups whose interests are not typically aligned—heavily-armed unlawful militia members, conspiracy theorists waving QAnon signs, and anti-vaxxers whose traditional base draws primarily from leftist and alternative medicine spaces. They were mobilized by their single common denominator: anti-government sentiment about management of the pandemic.

This breakdown in previous ideological boundaries has continued.
Click to expand...

"understanding the nature of the evolving problem is an essential first step."
E

Somerville said:
Perhaps not the people in the photo but "Violent, White Supremacists" are seen as a major threat.

I know right .
They will stop at nothing.
Thankfully Jesse Smollett was able to escape their clutches before they completed the lynching of him.
I will say this much on the white supremacists behalf , they at least gave Jesse the choice of his last meal .
That last meal being a subway sandwich. 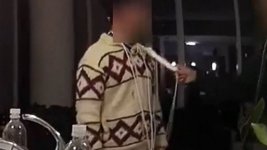 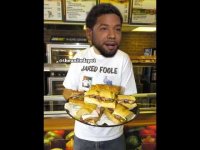