McConnell was worried that provisions in BBB were too popular

Don't worry, Mitch. Democrats tanked the bill for you. It's always good to have Republicans working within the Democratic party to sabotage the agenda. It saves outside Republicans a good deal of political effort and capital. Just remember, Democrats are a wonderful Big Tent Party! Without those precious, precious moderates we wouldn't be able to get those SCOTUS appointments, thus endangering women's reproductive rights. 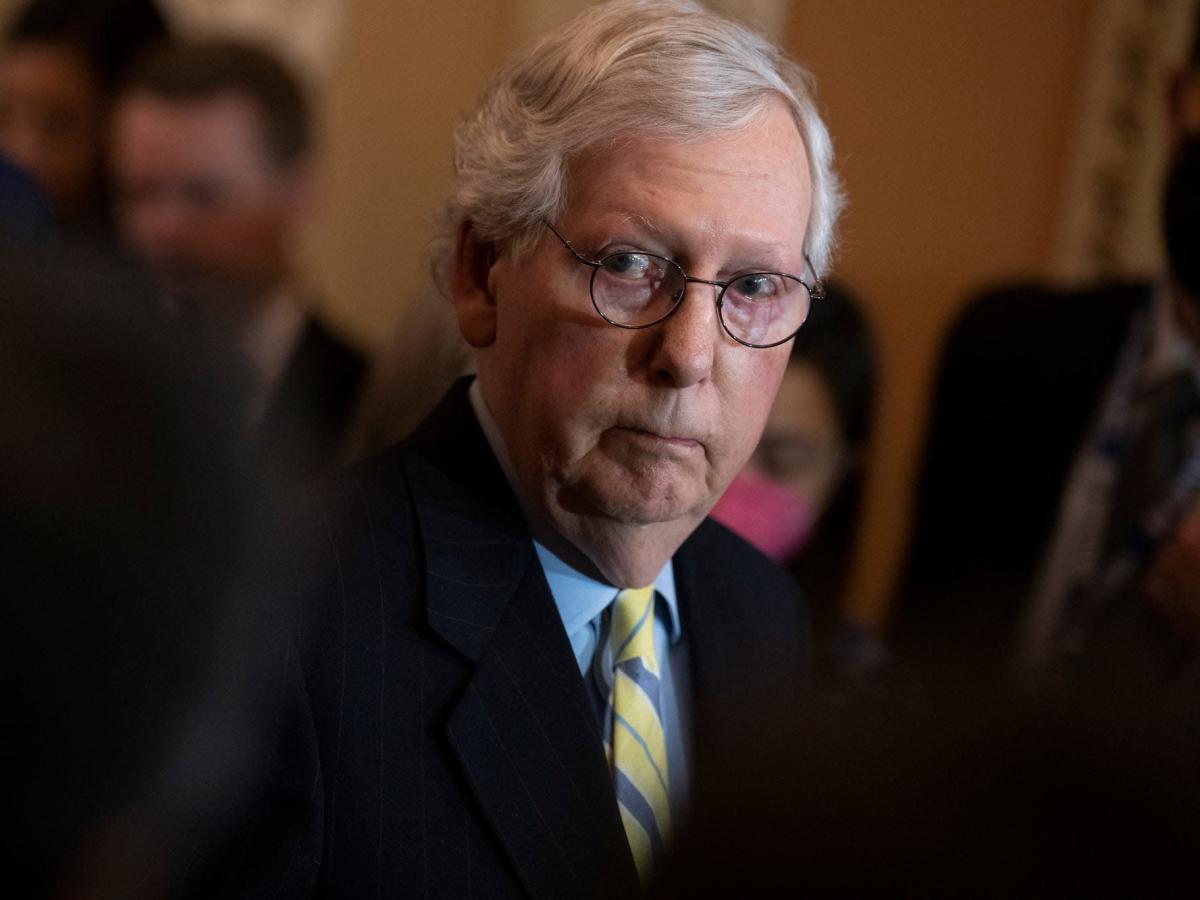 McConnell was unnerved about Biden's child tax credit becoming too popular for the GOP to kill, book says

A book from two New York Times reporters reveal McConnell's unease with a key part of the stimulus law that gave monthly checks to parents.

McConnell was unnerved by the expanded child tax credit, according to a forthcoming book "This Will Not Pass" from a pair of New York Times reporters. Insider obtained it ahead of its May 3 release.

Shortly after the law's passage in March 2021, the Kentucky Republican privately confided to a friend that it was among the numerous social benefits that could prove too popular for Republicans to dislodge even if they regained control of Congress.

"If Americans grew used to the benefits in the new law, he suggested, it would become politically untenable for Republicans to repeal its most popular measures," wrote Times reporters Alexander Burns and Jonathan Martin. "The country, McConnell lamented, might cross a point of no return toward becoming a European-style social welfare state —exactly the outcome he had spent his career arguing against."

Don't under estimate Mitch. Those old politicians are the craftiest.

Jkca1 said:
Don't under estimate Mitch. Those old politicians are the craftiest.
Click to expand...

It doesn't take craft, since Democrats fumble when given power like a blind panda with a football. Lay-up after lay-up and Democrats just face plant. But it's the progressives fault for pushing a platform that might attract voters.

It will take a grass roots movement outside of the Democratic party to save America, since having the Presidency the House and the Senate clearly aren't enough.
N

BBB was/is fiscally irresponsible and he was right worry. It’s almost impossible to put the toothpaste back in the tube when you create new entitlements.

Napoleon said:
BBB was/is fiscally irresponsible and he was right worry. It’s almost impossible to put the toothpaste back in the tube when you create new entitlements.
Click to expand...

The rich get everything, every hand out, every bail out, every tax break. The peasant class gets Joe Manchin.