Kind of makes you wonder what type of other criminal uses such a realistic mask could have. Bank robbery, impersonation and framing someone for a crime, spying, or even some law enforcement uses. 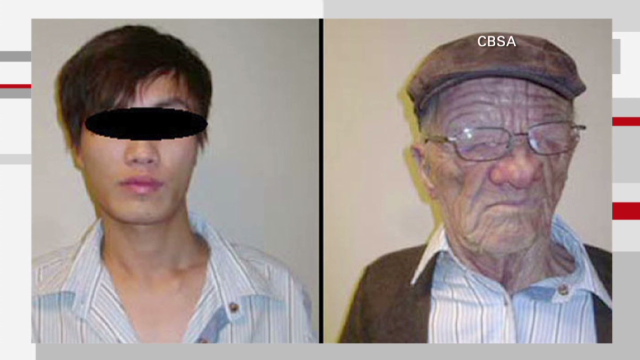 Atlanta, Georgia (CNN) -- Canadian authorities are investigating an "unbelievable" incident in which a passenger boarded an Air Canada flight disguised as an elderly man, according to a confidential alert obtained by CNN.

The incident occurred on October 29 on Air Canada flight AC018 to Vancouver originating in Hong Kong. An intelligence alert from the Canada Border Services Agency describes the incident as an "unbelievable case of concealment."

"Information was received from Air Canada Corporate Security regarding a possible imposter on a flight originating from Hong Kong," the alert says. "The passenger in question was observed at the beginning of the flight to be an elderly Caucasian male who appeared to have young looking hands. During the flight the subject attended the washroom and emerged an Asian looking male that appeared to be in his early 20s."

After landing in Canada, Border Services Officers (BSOs) escorted the man off the plane where he "proceeded to make a claim for refugee protection," the alert says.

"The subject initially claimed to be in possession of one bag; however, flight crew approached the BSOs with two additional pieces of luggage which were believed to belong to the subject. One bag contained the subject's personal clothing items while the second contained a pair of gloves. The third contained a 'disguise kit' which consisted of a silicone type head and neck mask of an elderly Caucasian male, a brown leather cap, glasses and a thin brown cardigan."

The man put on the disguise for the officers who "noted he very much resembled an elderly Caucasian man, complete with mimicking the movements of an elderly person. The subject admitted at this time that he had boarded the flight with the mask on and had removed it several hours later," according to the alert.
Click to expand...

I am so trying this next time I fly.