https://www.msn.com/en-us/news/world/kidnapping-of-ukrainian-mayor-in-melitopol-met-with-a-show-of-resistance/ar-AAUZpzZ?ocid=mailsignout&li=BBnb7Kz"]Kidnapping of Ukrainian Mayor in Melitopol Met With a Show of Resistance

Security camera captures the Mayor of Melitopol being kidnapped by Russian soldiers at City Hall.

3.12.22
LVIV, Ukraine — Ivan Fyodorov, as his name suggests, is an ethnic Russian in a southern Ukrainian city where Russian is commonly spoken and where cultural and familial ties to the motherland run deep. That would seem to make Mr. Fyodorov, the mayor of Melitopol, just the kind of person to welcome conquering Russian soldiers with open arms and flowers. Instead, he labeled them “occupiers.” On Friday evening, those Russian soldiers threw a bag over Mr. Fyodorov’s head and dragged him from his government office, Ukrainian officials said. The Russian news agency Tass reported on Saturday that the prosecutors office in Luhansk, one of the breakaway areas recognized by Moscow, was preparing terrorism charges against Mr. Fyodorov, accusing him of raising money of the far right group Right Sector.

On Saturday, hundreds of his townspeople poured out into the streets in an expression of outrage and defiance, despite the presence of Russian troops. “Return the mayor!” they shouted, witnesses said and videos showed. “Free the mayor!” Nearly as soon as people gathered, the Russians moved to shut them down, briefly detaining one woman who they said had organized the demonstration, according to two witnesses and the woman’s Facebook account. Mr. Zelensky said what he called the “kidnapping” of the mayor was part of a broader shift in tactics. “They have switched to a new stage of terror, when they are trying to physically eliminate representatives of the legitimate local Ukrainian authorities,” he said. “For years they have been lying to themselves that people in Ukraine were supposedly waiting for Russia to come,” he said. “They did not find collaborators who would hand over the city and the power to the invaders.”
Click to expand...

This is the Kremlin playbook from Crimea ... kidnap and arrest the local leadership and install Russians to govern. It seems that Moscow is setting up a [false] pretext in order to conduct a kangaroo trial of Mayor Fyodorov and possibly execute him.

In the not too distant future the Kremlin will organize fake "referendums" in occupied cities asking the citizens if they wish to leave Ukraiine. Just as happened in Crimea.

The southern Ukrainian cities of Mariupol and Melitopol are majority ethnic Russian and majority Russian speakers. Yet the Kremilin is killing these ethnic Russians is such astounding numbers that the dead are being buried in trenched mass graves.

Putin's tale of "denazifying" Ukraine is hokum. Clearly, the citizens of these cities do not want the Russians there. 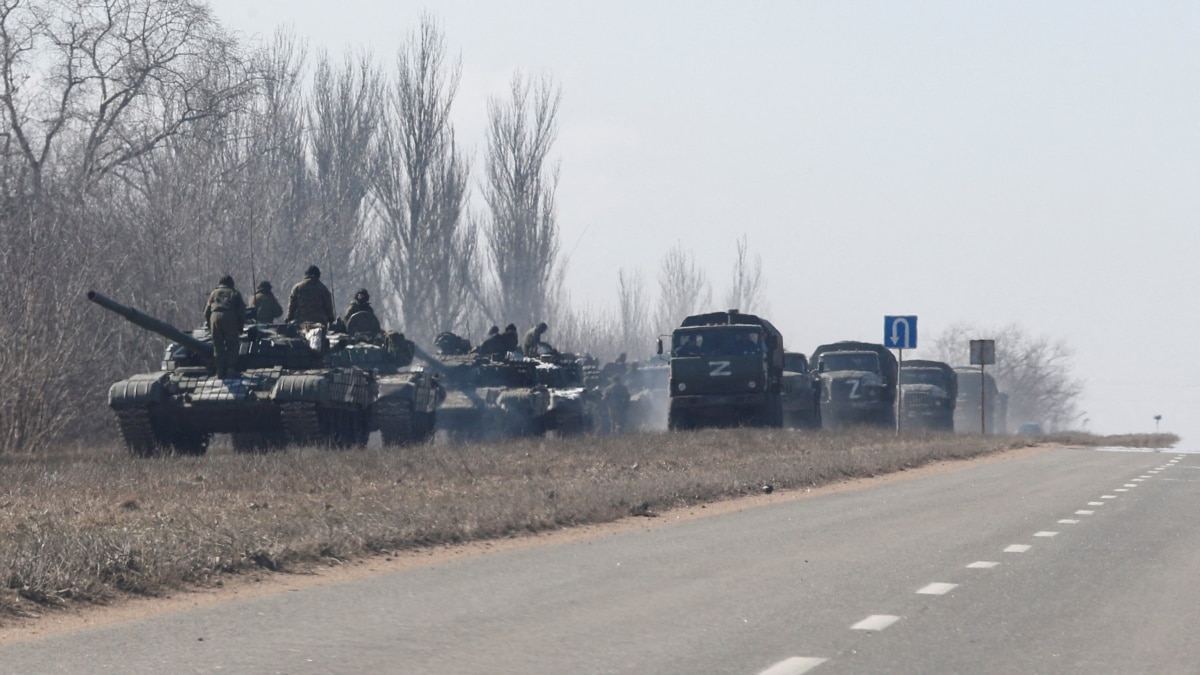 Another mayor is reported to have been kidnapped by invading Russian forces in Ukraine, triggering condemnation from the EU’s foreign policy chief.

Rogue Valley said:
Putin's tale of "denazifying" Ukraine is hokum. Clearly, the citizens of these cities do not want the Russians there.
Click to expand...