A well known womanizer with a long list of conquests walked
into his neighborhood local and ordered a drink.
The bartender thought he looked worried and asked him if anything was wrong.
"I'm scared out of my mind," the stud replied.
"Some cheesed-off husband Named Lil Johnny, wrote to me and
said he'd kill me if I didn't stop screwing his wife."
"So stop," the barkeep said.
"I can't," the womanizer replied, taking a long swill.
"The idiot didn't sign his Last Name!" 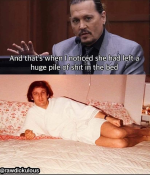 What is Rectal Pain ?

Walked with the Grandson out to the yard and says, "lets pick up some Sticks "
Grandson replies, "why" .... twhs ... and stands there and watches me pick up the Sticks.
Rectal pain intensifies ! 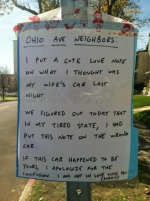 This Brand New Toy Improves Your Pets’ Health & Happiness... You Won't Believe How Genius It Is 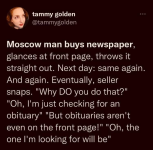 Lil Johnny has now worked in a pickle factory as a Career.
He had been employed there for many years
when he came home one day to confess to his wife
that he had a terrible compulsion.
He had an urge to stick his ***** into the pickle slicer.
His wife suggested that he should see a sex therapist
to talk about it, but Lil Johnny's stubbornness overwhelms him
And Lil Johnny says, "I will be too embarrassed, it's just too embarrassing."
He vowed to overcome the compulsion on his own.
One day a few weeks later, Lil Johnny comes home and
his wife could see at once that something was seriously wrong.
"What's wrong, Lil Johnny ?," she asked.
"Do you remember that I told you
I had this tremendous urge to put my ***** into the pickle slicer?"
"Oh, Lil Johnny, you didn't!" she Yelled !
"Yes, I did," he replied.
"My God, Lil Johnny, what happened?" she asked.
"I got fired," he replied.
"No, Lil Johnny, " I mean, what happened with the pickle slicer?" she demanded.
"Oh... she got fired too."

Our Hero walks into a bar,
orders a 32 oz. brew,
the lady bartender serves a cold draw and
our hero says to the Lady Bartender,
" I ain't had a good pee in six weeks ! " 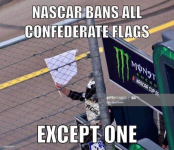 One day Phill hears his wife scream,
"I'm having labor pains!" So Phill rushes his wife over to the hospital.
As the doctors were prepping his wife Phill's brother Bill arrived at the hospital.
Bill is a little slow in the head if you know what I mean and
seems to always bother Phill.
So when the doctor called Phill in to watch the birth he walked in with pride!
But when he saw the blood and everything else, he fainted.
When Phill woke up he was in a bed and saw the doctor standing above him.
The doctor said, "Phill, you are in the recovery room.
Don't worry, your wife is fine and she had twins."
Phill became tremendously happy.
The doctor also said, "They are a boy and a girl!"
Phill became immensely happy!! The doctor continued,
"Although you were unconscious your wife requested,
your brother Bill name the kids."
Phill screamed, "What! My brother the idiot!
I can't believe you let him! What did he name them!?"
The doctor replied, " he named your daughter Denice "
Phill answered, "Hey not bad! I underestimated my brother.
Well what did he name my son?"
The doctor answered solemnly,
"He named your son, Denephew." 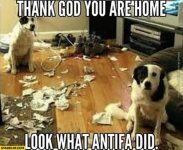 This Father's Day we're letting all dads indulge their favourite hobby: sitting in a dark room and gazing wistfully into the middle-distance.

Manc Skipper said:
This Father's Day we're letting all dads indulge their favourite hobby: sitting in a dark room and gazing wistfully into the middle-distance.
Click to expand... 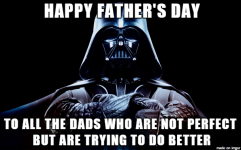 Lil Johnnys wife says, "I have feeling too !"
So; Lil Johnny is immediately touched by
his Wifes tender thoughts and asks,
"Can you bring me a Dude Wipe from the hall closet?" 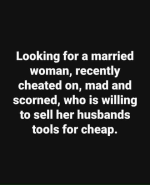