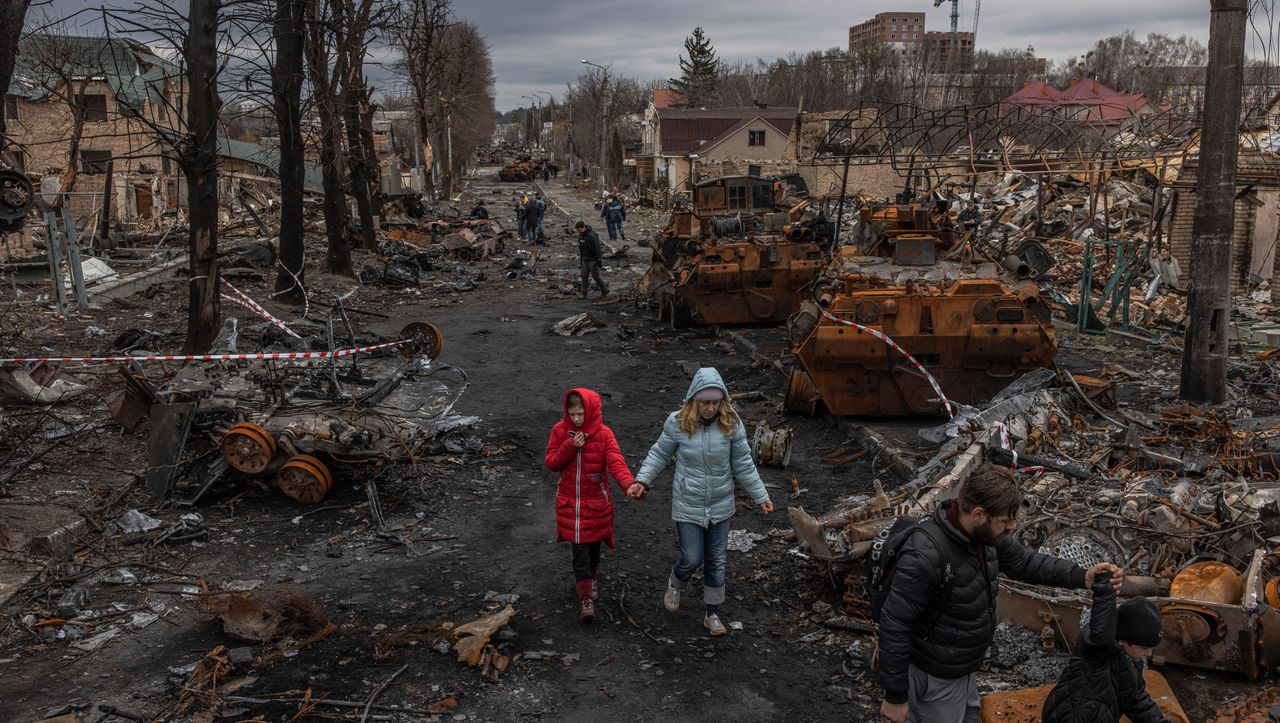 The images of the murdered civilians in Bucha shocked the world. DER SPIEGEL has learned that German intelligence intercepted radio traffic from suspected perpetrators. It appears that such atrocities were part of the strategy of Putin's army. 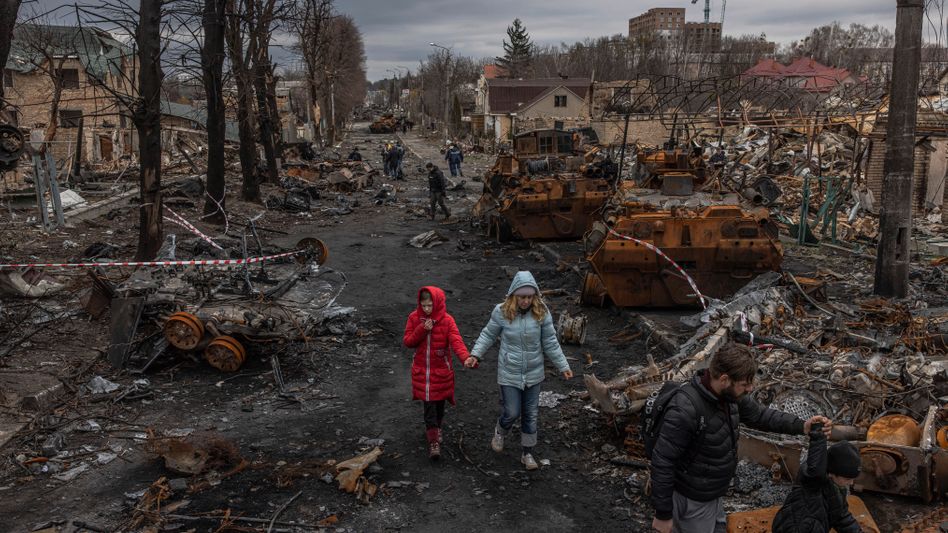 4.7.22
The Bundesnachrichtendienst (BND), Germany’s foreign intelligence service, has acquired gruesome new insights into the atrocities committed by Russian military forces. DER SPIEGEL has learned that the BND has new satellite images and has intercepted incriminating radio traffic from Russian military personnel in the region north of Kyiv, where Bucha is located. Some of the intercepted radio traffic might be linked to dead bodies that have been photographed in Bucha. Following the withdrawal of the Russian military from the town over the weekend, a mass grave was discovered as well as the bodies of several dozen dead civilians left lying on the streets. The hands of some of the victims had been tied, while other bodies showed signs of torture. Numerous women and children are also reportedly among the victims. The Russian government has vehemently denied that Russian forces are responsible for these war crimes. The intercepted comments now appear to refute Russia’s denials. DER SPIEGEL has learned that the BND briefed parliamentarians on Wednesday about its findings. Some of the intercepted traffic apparently matches the locations of bodies found along the main road through town. In one of them, a soldier apparently told another that they had just shot a person on a bicycle. That corresponds to the photo of the dead body lying next to a bicycle that has been shared around the world. In another intercepted conversation, a man apparently said: First you interrogate soldiers, then you shoot them.

The BND material also apparently provides evidence that members of the Russian mercenary unit called the Wagner Group played a leading role in the atrocities. The group is known to have perpetrated similar atrocities in Syria. Eyewitnesses recently reported that the occupying force in Bucha was initially made up of "young soldiers." Once they were replaced by other units, the witnesses said, the attacks on civilians grew more frequent. Some eyewitnesses have said that Chechen units were in the town. The radio traffic intercepted by the BND makes it seem as though the atrocities perpetrated on civilians in Bucha were neither random acts nor the product of individual soldiers who got out of hand. That, say sources familiar with the audio, indicates that the murder of civilians has become a standard element of Russian military activity, potentially even part of a broader strategy. The intention is that of spreading fear among the civilian population and thus reducing the will to resist. Some of the recordings apparently indicate that incidents such as those in Bucha have also taken place elsewhere. There are reportedly indications of potential atrocities in the area surrounding Mariupol, the large city in southern Ukraine that has been besieged by the Russian military.
Click to expand...

Rather than isolated occurrances, inflicting war crimes on civilians appears to be how the Russian military is trained to wage war.

Chechnya, Afghanistan, Georgia, Syria, and now Ukraine are a sequential continuum of crimes against humanity.