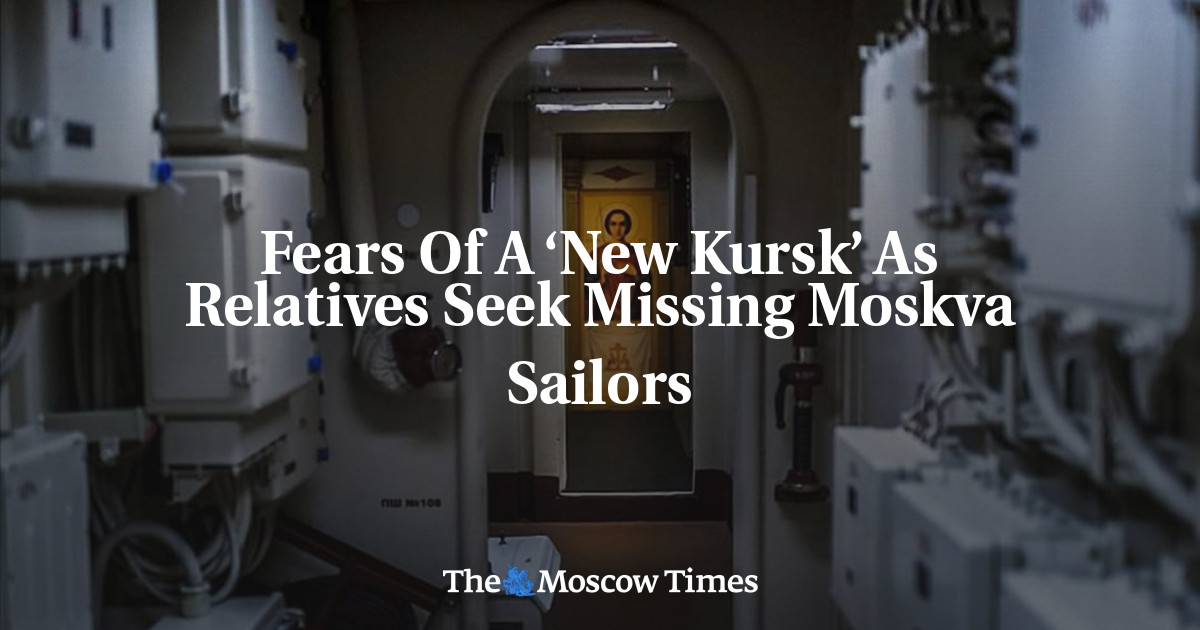 4.19.22
The parents of sailor Yegor Shkrebets spent Sunday afternoon searching for their son among 200 servicemen lying wounded in a naval hospital following last week’s sinking of Russia’s Black Sea flagship, the Moskva. “We looked at every burned kid. I can't tell you how hard it was, but I couldn't find mine,” Irina Shkrebets told independent Russian news outlet The Insider. Yegor Shkrebets, a 20-year-old conscript serving on the missile cruiser Moskva as a chef, has not been in touch with his family since the ship went down after apparently being hit by Ukrainian anti-ship Neptune cruise missiles. Despite initial Kremlin claims a “full evacuation” of the vessel took place, there was growing evidence Monday that dozens, perhaps hundreds, were killed or injured in the incident. The failure of military officials to provide information to relatives about the fate of the crew has led to comparisons to the sinking of the Kursk submarine in 2000, when 118 Russian sailors died in a naval exercise in the Barents Sea. A total of 37 sailors died and 100 were wounded on the Moskva, the independent Meduza news website reported Monday, citing a source in Russia’s Black Sea fleet.

The relatives of several other missing sailors confirmed to journalists Monday that they could not contact sailors who were onboard the Moskva. Some of the missing men were conscripts, with just a few months military experience. Yulia Tsyvova told the BBC Russian service that her son, 19-year-old conscript Andrei Tysov, was killed on the Moskva. And Meduza reported the death of Vitaly Begersky, a conscript from Russia’s Far East, citing the dead man’s aunt. Video and photos emerged Sunday showing the first images of the stricken battleship.
Open-source intelligence analysts identified the ship in the images as the Moskva, with smoke billowing from a fire not far from the cruiser’s store of 16 P-1000 Vulkan missiles. Kremlin spokesman Dmitry Peskov responded to the images, saying Monday that officials had seen the footage but “cannot say how authentic and true it is.” The photos of the Moskva are consistent with Ukrainian claims that two missiles struck the boat, according to Chris Parry, a former British navy officer. “It seems that one or two missiles entered the ship just below the after pair of Vulcan anti-ship missiles,” Parry said in a tweet Tuesday. Russian claims of an evacuation of the ship were consistent with the new images that showed the Moskva’s lifeboats were missing, and that no crew members were onboard. Footage released Saturday by the Russian Defense Ministry showed senior naval officers meeting with the Moskva crew in the port city of Sevastapol. However, it was clear from the footage that not all the Moskva’s crew were present.
Click to expand...

200 in a naval hospital. There were roughly another 100 sailors in the Kremlin's propaganda picture. That still leaves another roughly 200 unacounted for?