Experts say Rahm Emanuel not a legal resident of city

So Ralm may not be able to run for mayor because he didn't live there. Well what the hell is the big deal, this is Chicago we're talking about, half the damn voters don't live at all. 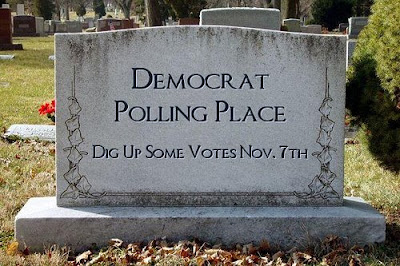 Okay that's not fair he may not Rat for a speedy exit when it's becoming clear it's time to get out, while the getting is good.

The first question isn't: Can Rahm win? It's: Can Rahm run?

Sunday, Rahm Emanuel announced in a video posted on a website that he is preparing to run for mayor of Chicago. But two of Chicago's top election lawyers say the state's municipal code is crystal clear that a candidate for mayor must reside in the town for a year before the election.

That doesn't mean they must simply own a home in the city that they rent out to someone else. They must have a place they can walk into, keep a toothbrush, hang up their jacket and occasionally sleep, the lawyers say.

Another three election lawyers say Emanuel could be thrown off the ballot on a residency challenge. None says Emanuel will have it easy.
Click to expand...

So if those that don't think Obama is a natural citizen are "birthers", what do we call these folks? "Residers"?

Erod said:
So if those that don't think Obama is a natural citizen are "birthers", what do we call these folks? "Residers"?
Click to expand...


No we call them "Livers." lol

I'm kinda bettin' that Rahmbeuax doesn't rally give a **** if he can run, or not, just as long as he has a good excuse to bail on Imam Obama.

PLEASE let him go and be Mayor of Chicago. They deserve him. If he doesn't, he may come back and stink up Congress somehow. Chicago and Illinois deserve what they've spawned.

warrior of the wetlands