CNN Insider: CNN is A Hoax .

Strucker said:
I have long thoight the liberal press a bigger danger than the conservative one. The fact is, liberals are more attuned to the nuances of empire and propaganda.

That's not to exonerate the Right; they're as ugly, or uglier. But they're also cruder, more easily dismissed.

That is to say, FOX news is rightly reviled. It should be reviled. But CNN is just as bad. I am not overstating the case...there is no fundamental difference.

Here in Canada, we've got our major newsorgans as well. The political Right continually lambasts the CBC for its "leftwing bias." Now, this is comical. The CBC has a moderately-liberal stance, yes; and it might even be true, as conservatives claim, that it favours the Liberal Party over the Conservative Party. (I don't know that this is the case, but I wouldn't be surprised by it.) But these are trivial side issues. The CBC is oriented towards Business and the inherent Rightness of Canadian foreign policy. That is, it's profoundly nationalistic, insofar as nationalism moves generally in the direciton of elite power. So at bottom, the liberal CBC and, say, the conservative Western Standard are speaking from the same page, with an illusion of difference fostered by carefully prioritized and narrowly-defined debates.
Click to expand...

Don't you think, that generally, the Right Wing is traditionally more reactionary, less moderate, and extreme in terms of military policy? And doesn't CNN and Fox News continually promote wars as the only solution to international crises even when Scott Ritter cam back from Iraq as a UN weapons inspector and said there were no WMDs?

I mean, give us some Jimmy Carter picking up a hammer to build shelters for the homeless, or getting Arafat to shake hands with Rabin in a peace process, eh?

CNN, Fox, NBC, and PBS aren't the only stations infested with globalist shills for the NWO

"Kevin Bleyer Bleyer joined the writing staff of The Daily Show in 2005, where he has worked on over 1000 episodes. He is a member of the Council on Foreign Relations. Bleyer has also scripted material for Bill Maher and conservative comic Dennis Miller.

Since 2008 Bleyer has contributed to a number of U.S. President Barack Obama's speeches, including the President's 2010 address at the annual White House Correspondents Dinner."

clownboy said:
On a side note, what is it with the conspiracy wackadoos and their perchant for wildly varying font sizes and colors on their websites and their posts to forums? It's like they all have the same web designer who must be the world's busiest eight year old.
Click to expand...

If I didn't know better, I'd say that comment was derogatory. :lol:
I thought you were more open minded than that Clownboy. 80% of the American public are against wars (Bush or Obama ones) and yet that viewpoint is never voiced on TV. And so you think its coincidental. Even with Comedy Central. When every multi-millionaire TV talking head blindly cheers on wars CNN, Fox, NBC (on both sides of the spectrum) us conspiracy minded realists tend to think there is something rotten in Denmark, yes.

CNN regulars Michael Moore and Bill Maher are cheering on Obama wars in Syria and Libya. Weren't they supposed to be the anti-war Liberals?

FRAUDS! SHILLS! PHONIES!
(Killing is only wrong when its Bush):roll:

"Is it somehow a “progressive” success if we bomb and invade a nation illegally just so long as not one US soldier dies? What kind of sick, twisted morality is that? Is that the new face of the American Left?"

"Stewart and his propaganda writers would have you believe it but if there is a little voice in the back of your head as you watch his latest spin that says he sounds a lot like Bill O’Reilly back under the Bush/Cheney years, don’t worry, it’s not a fluke. Stewart serves the same purpose for really the same people."

Centrist Central: How Stewart and Colbert are Selling the Neocon Agenda to the Left | American Everyman
Click to expand...

JUST TRYING TO BE OBJECTIVE 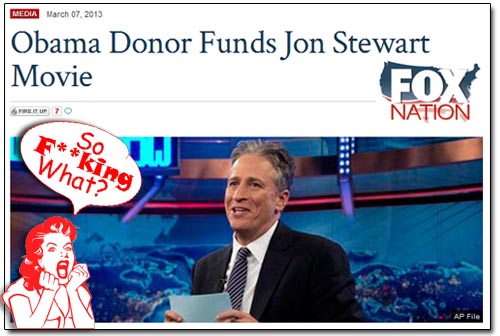 Down with the Corporate Whitey Oppression!!!

The constant FEAR PROPAGANDA ON CNN. EEK SAVE ME FROM TERROR FATHERLAND SECURITY!!!

Fox and CNN have perfected this art of Elitist propaganda and perception management for the Federal Government. Too bad no one buys it. CNN used to run that Saddam incubator babies crap all day long in 1991 before the Gulf War, and Saddam/WMD and Collin Powells lies until you were ready to barf in 2002-2003. Everybody knew the WMD story was fabricated, even before Scott Ritter came back from Iraq and said so. Thats why the CIA hired Judy Miller and Matt Cooper to go on CNN, and use the NYT to bulls__t everyone. They are fascists at CNN just as bad as Fox News. Independant news analysis has become extinct. Everyone is shilling for someone. Its a chore just getting the facts of any story anymore. And that trend is by design. The govmnt has been caught producing news segments, planting stories, commentators, and censorship run amok. The "Progressive" radio Norm Goldman, Mike Malloy, NBC are tripping all over themselves to protect Obama, no matter what issue. Its embarrassing, that the supposed principled "Progressives" who used to defend human rights, expose war crimes, and would adhere to ethical journalism standards, are now showing their true colors as just being spokesmen, partisan hacks and doing damage control for the Democrat Party, just like Fox News does for the Republicans. Mike Malloy even blamed the tornado on Global Warming. Hello - that is normal for that part of the country.:roll: Even Obama admitting the IRS/AP Spying thing was wrong. The censorship of news stories on "Progressive" talk radio is particularly heavy handed in its approach. Mike Malloy was turning the volume way down on listeners complaining about the wars, corporatism and spending under Obama. Ed Schultz might as well work for the Chamber of Commerce he is just such a corp/govmnt hack. Its like listening to the Voice of America radio network or Armed Forces, complete PR for Uncle Sam. Public Radio, Pacifica, NPR is such blatant govmnt propaganda they are just platforms for Big Brother and The Party.

"Smelled any proverbial rats lately? If not, you have not been paying attention. There are plenty about."

"Consider, for instance, this:

“Assad must halt his campaign of killing and crimes against his own people now” and “must step aside …” Hilary Clinton (Asia Times, February 9, 2012)


“I strongly condemn the Syrian government’s unspeakable assault … and I offer my deepest sympathy to those who have lost loved ones. Assad must halt his campaign of killing and crimes against his own people now. He must step aside …” said President Barack Hussein Obama.

Yet responsibility for US victims, in their hundreds of thousands, spanning Afghanistan, Iraq, Libya, Yemen, Somalia, in Guantanamo, Bagram, Abu Ghraib and elsewhere, are wholly unaccountable — and uncounted.“

US Attempting to Trigger Color Revolution in Pakistan - BlackListedNews.com

A New World Order Shill Gets His Due

Of course Piers Morgan is a shill, just like the rest of CNN and Fox are shills for the NWO.

BTW - the quest for the NWO didn't begin with Bush Sr., and his famous quote ...

Well I hope you watched the 10 part above documentary I posted, which noted how America was responsible for a massive holocaust in Korea.

For people who still believe that American Govmnt is not capable of HUGE EVILS including staging the 9/11 attacks and millions killed in Iraq, look at the Korean war. 4 million dead, and it wasn't just a war against "the commies" either. Its proof that like Vietnam, and now the war on terror, huge numbers of people have been slaughtered for corporate wars in Americas history ...

This Ford Foundation document from the 50's explains why Americans carpet bombing of Korea was subjugation and extermination for economic reasons, and EMPIRE not some "domino theory" lie ...

"Web editor's note: Max F. Millikan was an economics professor at Massachusetts Institute of Technology during the 1950s. From 1951-52 he took a leave of absence to serve as assistant CIA director. Upon returning he became director of MIT's Center for International Studies, which was funded by the CIA and Ford Foundation."

"First, any possible salvage of all or part of Indo-China requires that the Indo-Chinese believe we are in Asia to stay, not merely in a military sense, but politically and economically as well...."

Its a wonder American media lionize people like Ike who had that horrendous Korean war, most of which was hidden from us in our schools and textbooks. My history teacher was even a Korean war vet but he told us NOTHING.This website tells about our history there, millions killed, and HORRENDOUS ATROCITIES, a worthwhile read ...


"In the first three months of the war, the U.S. drops almost seventy million pounds of napalm on the people of Korea and carpet bombs Korean towns and cities on a massive scale. Literally thousands of small villages and their inhabitants are reduced to ash by the United States of America. The U.S. also uses phosphorous bombs against the people of Korea. During 1951, the U.S. drops an average of 70,000 gallons of napalm on Korea EVERY DAY."

"By the time of the armistice in 1953, almost four million Koreans will have been slaughtered, the vast majority by the United States."

MAKING THE WORLD SAFE FOR HYPOCRISY: The American History You're Not Supposed To Know

WHAT MATTERS IS THE EVIDENCE OF U.S. WAR CRIMES AND TERRORISM.

The Detroit Underwear Bomber was Staged to Scare the American public
podcast, click the red arrow to download

"Or of a dispatch from CIA headquarters instructing co-conspirators at field stations to counteract the, new wave of books and articles criticizing the [Warren] Commission’s findings…[and] conspiracy theories …[that] have frequently thrown suspicion on our organization” and to “discuss the publicity problem with liaison and friendly elite contacts, especially politicians and editors “and to “employ propaganda assets to answer and refute the attacks of the critics. …Book reviews and feature articles are particularly appropriate for this purpose. …The aim of this dispatch is to provide material for countering and discrediting the claims of the conspiracy theorists…”


will U.S. INVASION of Syria invasion come in August ???

"The CIA is stockpiling arms in Jordan for US-trained Syrian rebels, which they will use in an offensive against Damascus starting August, according to The Wall Street Journal. Up to hundreds of fighters are to be armed and sent to the battlefield monthly."

"According to the Journal, the Pentagon plan involves “creating an area to train and equip rebel forces” inside Syria and “a no-fly zone stretching up to 25 miles into Syria which would be enforced using aircraft flown from Jordanian bases.” The Jordanian regime has already agreed to the use of its military bases and “it would take about a month” to implement."

Methinks some people are unsure about what a "world order" is...

Something to think about.....

WHY does anybody TRUST the mainstream media?
N

So, Kane, are you on record as believing that Anderson Cooper is CIA?

nota bene said:
So, Kane, are you on record as believing that Anderson Cooper is CIA?
Click to expand...