The widow of Senator John McCain praised Joe Biden’s “character and integrity” and noted that both he and her family had children who had served in the military. 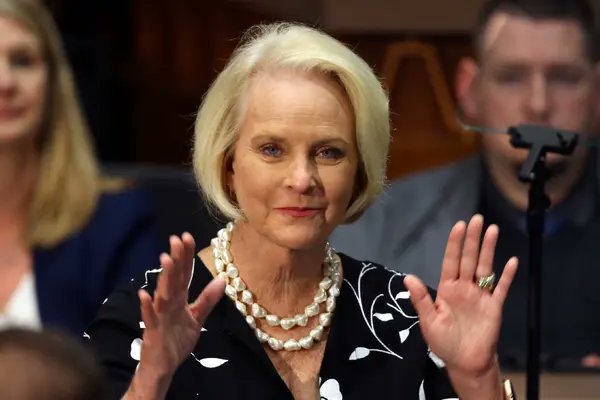 9/22/20
WASHINGTON — Cindy McCain, the widow of Senator John McCain of Arizona, formally endorsed Joseph R. Biden Jr. for president on Tuesday, praising the “character and integrity” of her late husband’s longtime friend and colleague while voicing her unease with President Trump. Ms. McCain, who spoke in a video at the Democratic convention last month, said in a telephone interview that she had been uncertain about how public a role she would play in this year’s campaign. But after reading reports this month that described Mr. Trump denigrating members of the military, she said, she became “more and more frustrated” with the president. “The most important thing that moved me a great deal was talking about troops’ being ‘losers,’” Ms. McCain said, referring to an article in The Atlantic. “You know we have children in the military, as did the Bidens.” She added, “I want my president to have my back, and I don’t believe that’s the case right now.” The McCain's’ two sons, Jack and James, both served in the armed forces, and Mr. Biden’s son Beau served in the National Guard, including a tour of duty in Iraq. Beau Biden died of brain cancer in 2015. Ms. McCain said she was planning to actively help Mr. Biden and would participate in virtual campaign events and join him when he appears in Arizona, which is seen as a swing state this year.

Ms. McCain’s full-throated endorsement and her willingness to stump on Mr. Biden’s behalf illustrated how much the articles about Mr. Trump’s disregard for veterans, which he denies, stung military families. Some of those reports, including the original revelations in The Atlantic, also detailed Mr. Trump’s contempt for Mr. McCain. She may have the most impact in her native Arizona, where her family has long owned a beer distributorship and which Mr. McCain represented in Congress for 35 years. If Arizona flips this year, it would greatly complicate Mr. Trump’s electoral map, given his current difficulties in the industrial Midwestern states he narrowly carried four years ago. Democrats could also pick up the Senate seat in Arizona that Mr. McCain long held and is now held by Senator Martha McSally, who was appointed to replace him. Ms. McCain, asked whether she would support Ms. McSally, who has consistently trailed in the polls behind Mark Kelly, the Democratic challenger, flatly said no. “I have no interest in it,” she said.
Click to expand...

Families with past and present military members have had it with Trump's scorn and ridicule of deceased/captured US soldiers and his rude disrespect of Gold Star families.

Rogue Valley said:
Cindy McCain Endorses Biden, Citing Trump’s Disparagement of Troops
...
The widow of Senator John McCain praised Joe Biden’s “character and integrity” and noted that both he and her family had children who had served in the military.
Ms. Cindy McCain will stump in Arizona to defeat Donald Trump and Arizona GOP Senator Martha McSally.
Families with past and present military members have had it with Trump's scorn and ridicule of deceased/captured US soldiers and his rude disrespect of Gold Star families.
Donald Trump used a phony bone-spurs deferment to dodge the Vietnam War.
Click to expand...

Are you shocked or surprised?

...and he just got some decent polling in AZ too. Oh well!

At this rate, Trump is probably going to demand that red state legislatures appoint faithless electors if he loses the popular votes there.

The widow of Senator John McCain praised Joe Biden’s “character and integrity” and noted that both he and her family had children who had served in the military.

Families with past and present military members have had it with Trump's scorn and ridicule of deceased/captured US soldiers and his rude disrespect of Gold Star families.

Such a childish man.
S