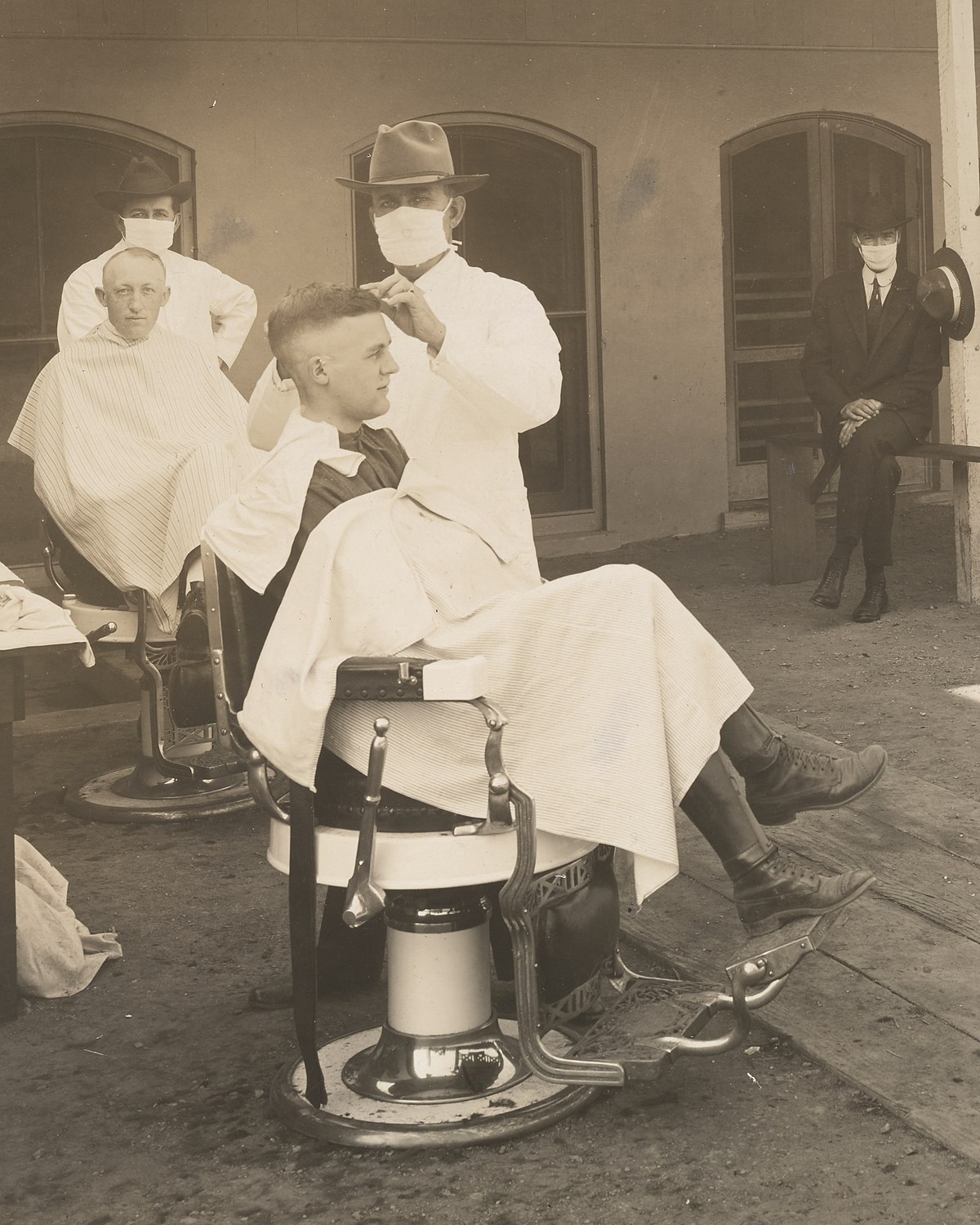 
The mask ordinance was annulled effective November 21, 1918; however, when cases of the flu began to increase again, a new ordinance mandating masks took effect January 17, 1919.[1]

League formation[edit]
Members of the league included physicians, citizens,[2] civil libertarians,[3] and at least one member of the Board of Supervisors.[1] An estimated 4,000–5,000 citizens attended the meeting on January 25.[4][5] Some members of the league wanted to collect signatures on a petition to end the mask requirement, while others wanted to initiate recall procedures for the city health officer.The debate was heated.[2] Some objections to the ordinance were based on questions of scientific data while others considered the requirement to infringe on civil liberties.[7]

In addition to complaints from the Anti-Mask League, some health officers from other cities also contended that masks were not necessary.[2] The San Francisco city health officer criticized the secretary of the state's Board of Health for questioning the efficacy of masks, saying "The attitude of the state board is encouraging the Anti-Mask League."[8]

On January 27, the league presented a petition, signed by Mrs. E. C. Harrington as president, to the city's Board of Supervisors, requesting repeal of the mask ordinance.[9] Newspapers across the world took note of the protesting organization.[10][11][12][13] San Francisco lifted the mask requirement effective February 1, 1919, on the recommendation of the Board of Health.[2]

Historical analyses and comparisons[edit]
A study in 1919 concluded that mandatory mask mandates did not make any difference on epidemic, while observing that a likely reason for ineffectiveness was that masks were worn outdoors and not inside in gatherings when conditions for transmission would be greatest. It also noted that most masks were improperly constructed of inadequate materials.[14] According to medical historians, the decline in deaths from influenza in San Francisco can be partly attributed to the mandatory mask-wearing policies.[15]