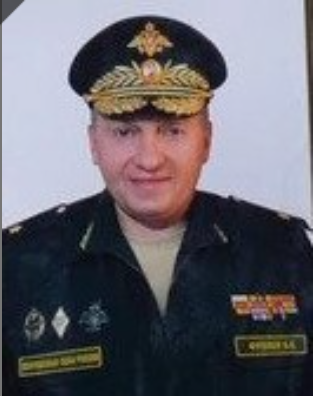 4.16.22
The governor of St. Petersburg confirmed that another Russian general has been killed amid the invasion of Ukraine, honoring him in a ceremony on Saturday, Russian media reported. The deputy commander of the 8th Army, Maj. Gen. Vladimir Petrovich Frolov, died while fighting against Ukraine, Russian news outlets reported, citing St. Petersburg’s administration’s press service. “Today we say goodbye to a real hero. Vladimir Petrovich Frolov died a heroic death in battle with Ukrainian nationalists,” Governor Alexander Beglov said, Russian state news agency Tass reported, citing the press service. “He sacrificed his life so that children, women and the elderly in the Donbas would no longer hear bomb explosions. To stop waiting for death and leaving home , to say goodbye as if it were the last time.” The governor called Frolov a “true patriot” and “brave,” adding he “fulfilled his military and human duty,” according to St. Petersburg online newspaper Fontanka.

Several other Russian generals and top military personnel have reportedly been killed midst Russia’s ongoing invasion against its neighbor, including deputy commander of the 41st Combined Arms Army of the Central Military District Andrei Sukhovetsky; Maj. Gen. Vitaly Gerasimov, Lt. Gen Yakov Rezantsev; and Col. Sergei Sukharev, commander of the elite 331st Guards Airborne Regiment. Russia, unsuccessful in its initial attempts to capture Kyiv, is now readying itself for a renewed offensive in Ukraine’s eastern Donbas region. Ukrainian President Volodymyr Zelensky warned in an interview with Ukrainian media that negotiations between Russia and Ukraine could sunset if Russia kills the remaining Ukrainian forces in Mariupol.
Click to expand...

As for General Frolov, good riddance to bad rubbish.

Russia has lost an unbelievable number of top officers. I don't see any way for Putin to spin that in a positive light.

But as for the announcement, the US fabricated the same kind of story for Pat Tillman.

Oh well. One less war crimes trial for the ICC to conduct.

Schism said:
War propaganda isn't isolated to the bad guys, but sometimes we're the bad guys too.
Click to expand...