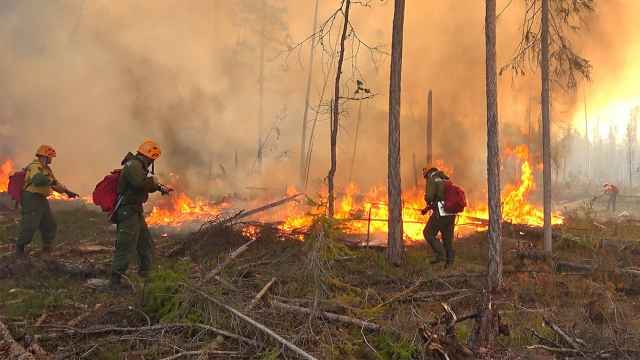 9/3/20
This year's Arctic Circle wildfires, still ablaze, have already surpassed the record set in 2019 for CO2 emissions, adding to the carbon pollution humanity needs to curtail, the European Union's Earth observation program said Thursday. Uncontrolled forest fires across one of the planet's coldest regions has sent a quarter of a billion tonnes of CO2 spiraling into the atmosphere since January this year, topping by more than a third the total for 2019, according to satellite data. The Arctic Circle includes latitudes upwards of 66 degrees North. Almost all of the fires are in Russia, the EU's Copernicus Atmosphere Monitoring Service (CAMS) and the European Center for Medium-Range Weather Forecasts jointly reported. Russia's Eastern Federal District, which includes parts of the Arctic Circle, emitted more than half-a-billion tonnes of CO2 from June to August 2020, also the highest amount to date. "The Arctic fires burning since mid-June with high activity have already beaten 2019's record in terms of scale and intensity," said CAMS senior scientist Mark Parrington.

While satellite images do not reveal how these fires start, many of the blazes early in the summer are thought to have been caused by "zombie" fires that smolder through the winter and then reignite, he said. Freakishly warm weather across large swathes of Siberia since January combined with low soil moisture — likely consequences of global warming — have fueled the flames. Manuel Pulgar-Vidal, who heads up WWF's climate and energy work, said it was clear that the planet was facing an "emergency". "We need a cohesive global response to limit the worst impacts of climate change, and to help improve public health and protect the places we live," he said. "Current commitments by governments to fight climate change are completely inadequate, and could lead to an Arctic that is 10 degrees Celsius warmer than it is today."
Click to expand...

With temperatures in Siberia and the Arctic Circle rapidly increasing, Moscow needs to significantly up its game in fighting fires in these areas.

Rogue Valley said:
Moscow needs to significantly up its game in fighting fires in these areas.
Click to expand...

What will the world do?!?! Will someone think of the Russian Army misfits incapable of firing an AK-47?!?! Damnit!

PS Did you know that 100% of Australian wildfires are in Australia?

No kidding - that'll be because the majority of Arctic land area in the world is in Russia
Click to expand...

Maybe you should alert the Kremlin. They don't seem to know this factoid.

Rogue Valley said:
Maybe you should alert the Kremlin. They don't seem to know this factoid.
Click to expand...

Westphalian said:
Oh, they're very much invested in the Arctic ..... so I'm told
Click to expand...

Except in fire-fighting equipment eh?

Priorities. There are huge logistical challenges in the Siberian Arctic.
D

Best way to fight fire is with fire, so here is all they need:

Westphalian said:
Priorities. There are huge logistical challenges in the Siberian Arctic.
Click to expand...