A Chilling Reminder of How the Soviets Weaponized Psychiatry against Dissidents

Zhores Medvedev's Life: A Chilling Reminder of How the Soviets Weaponized Psychiatry against Dissidents 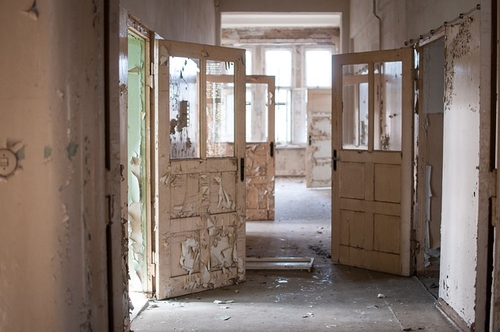 12/23/18
The New York Times obituary opened with a simple recitation of facts: “Zhores A. Medvedev, the Soviet biologist, writer and dissident who was declared insane, confined to a mental institution and stripped of his citizenship in the 1970s after attacking a Stalinist pseudoscience, died … in London.” The warped thought process that led to the perversion and weaponization of psychiatry in the Soviet Union can be traced back to the communist icon and thought leader Karl Marx. Marx propounded a spurious doctrine known as “polylogism” to justify stifling dissent. According to Marx, different classes of people had different structures in their minds. Thus, Marx declared the bourgeoisie to be mentally defective because they were inherently unable to comprehend Marx’s (allegedly) revelatory and progressive theories. The practice of categorizing one’s enemies as “insane” became a ready tool of suppression in the Soviet state founded by Lenin and developed under Stalin. The USSR’s infamous secret police energetically wielded quack psychiatry as a club with which to destroy political dissidents.

The incarceration of Zhores Medvedev in psychiatric hospitals in the 1970s was a monstrous injustice. His “crime” was having exposed the bizarre pseudoscience of Lysenkoism that Stalin had embraced in the 1950s. Lysenko’s quack theories led to deadly crop failures and widespread starvation. Nevertheless, Stalin backed him by executing scientists who dared to disagree with Lysenko. Millions of innocents lost their lives because “truth” in the Soviet Union wasn’t scientific but political. Sadly, the practice of branding political opponents as “insane” is not confined to the now-defunct Soviet state. In 1981, when I was completing my master’s thesis on Solzhenitsyn, I telephoned an American college professor of history to ask whether he recalled if Solzhenitsyn had been granted honorary US citizenship. (He hadn’t. President Ford didn’t want to offend the Soviet leadership.) The reply to my question was this: “Aleksandr Solzhenitsyn belongs in an insane asylum.” The virus of Marx’s polylogism is, unfortunately, alive and well in American academia. As for Zhores Medvedev, may he now rest in peace and receive his reward for his integrity and courage.
Click to expand...

I believe the practice still exists in today's Russian Federation. After her capture in an occupied territory of Ukraine, Ukrainian pilot Nadiya Savchenko was hustled off to a prison in Russia. After initiating a hunger strike, Savchenko was moved to a former KGB psychiatric hospital in Moscow and subjected to forced "psychiatric evaluation". She was never the same after that period of incarceration. Released in a prisoner swap on 25 May 2016, Savchenko was arrested in Ukraine in March 2018 and charged with planning a government coup with two other co-plotters, to which she admitted participation. She currently awaits trial on conspiracy charges.

Rogue Valley said:
I believe the practice still exists in today's Russian Federation. After her capture in an occupied territory of Ukraine, Ukrainian pilot Nadiya Savchenko was hustled off to a prison in Russia. After initiating a hunger strike, Savchenko was moved to a former KGB psychiatric hospital in Moscow and subjected to forced "psychiatric evaluation". She was never the same after that period of incarceration. Released in a prisoner swap on 25 May 2016, Savchenko was arrested in Ukraine in March 2018 and charged with planning a government coup with two other co-plotters, to which she admitted participation. She currently awaits trial on conspiracy charges.
Click to expand...

Hell, we see it here today in the United States!

Is Political Conservatism a Mild Form of Insanity?

I was reminded of this exchange while watching the stupendously ruthless Republican National Convention over the last several days. Is there anything that conservatives do not hate? Maybe drilling. In fact, they appear utterly phallically obsessed with drilling (a practice that, in about 10 years or so, might reduce gas prices by 2 or 3 cents per gallon). But otherwise, what we learned from the recent hatefest is that Republicans hate community organizers, liberals (surprise!), Madonna, the “east coast elite,” the “angry left” media, trial lawyers, people who are too smart, people who are “cosmopolitan”—the list goes on into eternity.
Click to expand...

At Yale, we conducted an experiment to turn conservatives into liberals. The results say a lot about our political divisions.

Conservatives, it turns out, react more strongly to physical threat than liberals do. In fact, their greater concern with physical safety seems to be determined early in life: In one University of California study, the more fear a 4-year-old showed in a laboratory situation, the more conservative his or her political attitudes were found to be 20 years later. Brain imaging studies have even shown that the fear center of the brain, the amygdala, is actually larger in conservatives than in liberals. And many other laboratory studies have found that when adult liberals experienced physical threat, their political and social attitudes became more conservative (temporarily, of course).
Click to expand...

Why Are Conservatives More Susceptible to Believing Lies

If “truth” is judged on the basis of Enlightenment ideas of reason and more or less objective “evidence,” many of the substantive positions common on the right seem to border on delusional. The left is certainly not immune to credulity (most commonly about the safety of vaccines, GMO foods, and fracking), but the right seems to specialize in it. “Misinformation is currently predominantly a pathology of the right,” concluded a team of scholars from the Harvard Kennedy School and Northeastern University at a February 2017 conference. A BuzzFeed analysis found that three main hyperconservative Facebook pages were roughly twice as likely as three leading ultraliberal Facebook pages to publish fake or misleading information.
Click to expand...

This has been a long-standing tactic of many, trying to imply or act like political opponents are simply insane.

"What, you do not love the USSR and Communism? You must be crazy!"