The optics look dreadful.
Russia has deployed more than two-thirds of its military combat capability to within striking distance of Ukraine's borders.

Its 30,000 troops that were supposed to withdraw from neighbouring Belarus at the weekend are still there. So are pontoon bridges and other logistic equipment needed for an invasion.

Violence is flaring in the two Russian-backed breakaway republics in Eastern Ukraine. Russia's demands from Nato remain unmet and diplomacy has so far failed to bring about any significant withdrawal of Russian forces.

Meanwhile western leaders and their intelligence chiefs have been sounding the alarm, asserting that President Putin has already given the order to invade Ukraine.

And yet, there are reasons to believe that a full-scale Russian invasion of Ukraine might not happen. Here are some of them.

Ukraine will resist, at least initially. Its forces are vastly outnumbered and outgunned by Russia's but that doesn't mean there won't be severe casualties on both sides.

If Moscow were to undertake a full-scale invasion, capturing the major cities of Kyiv, Kharkiv and Odessa by force then it could well involve protracted and costly street fighting where the Ukrainians would be on home ground.

A recent poll of young Russians found that a majority were opposed to waging war against their Slavic neighbour.

The prospect of large numbers of both Russians and Ukrainians dying in a war of Putin's choice and Russians coming home in coffins will not play well at home.

How deep the threatened western sanctions go will, in all likelihood, depend on how deep Russia goes into Ukraine.

Much as western leaders talk of Nato unanimity the reality is that Germany and Hungary, for example, which depend in large part on Russian gas, are not as hawkish as Britain, which is not.

But sanctions will still hurt the relatively small Russian economy, especially if it is frozen out of the Swift banking system as some are calling for.


4. There will be a high political cost​

When Russia invaded and annexed Crimea in 2014 it became an international pariah for years. The same would happen this time, only worse.

Even China, a strategic ally, has warned against it with its Foreign Minister Wang Yi telling the Munich Security Conference: "The sovereignty, independence and territorial integrity of every country should be safeguarded. Ukraine is no exception."

Russian missile tests - tens of thousands of Russian troops around Ukraine has stoked invasion fears
US Senator Chris Murphy believes that contrary to the optics, Putin is in a severely weak position and "a potentially disastrous invasion of Ukraine would be his last resort".

He believes that after 2013 Ukraine's people made it clear they no longer wanted to be in Russia's orbit and forcing them back with a costly war would devastate the Russian economy and possibly even unseat President Putin.


5. Putin has already made his point​

Moscow has now got the West's attention when it comes to the perceived injustices of the post-Cold War security order in Europe.

From Putin's perspective, Nato has welched on the deal not to expand eastwards towards Russia's borders.

Not only have the three Baltic republics (all former Soviet Socialist Republics) Poland and other former Warsaw Pact countries all joined Nato but now the prospect of neighbouring Ukraine doing the same is too much for Moscow to bear.

Putin wants this changed or the Damoclean sword of a Russian invasion will forever hang over Ukraine.
"He wants to negotiate a new security deal but from a position of strength" says Ghanem Nuseibeg, a

Senior Visiting Fellow at Harvard. "In a way he has already partially succeeded with Macron talking of a new security order." 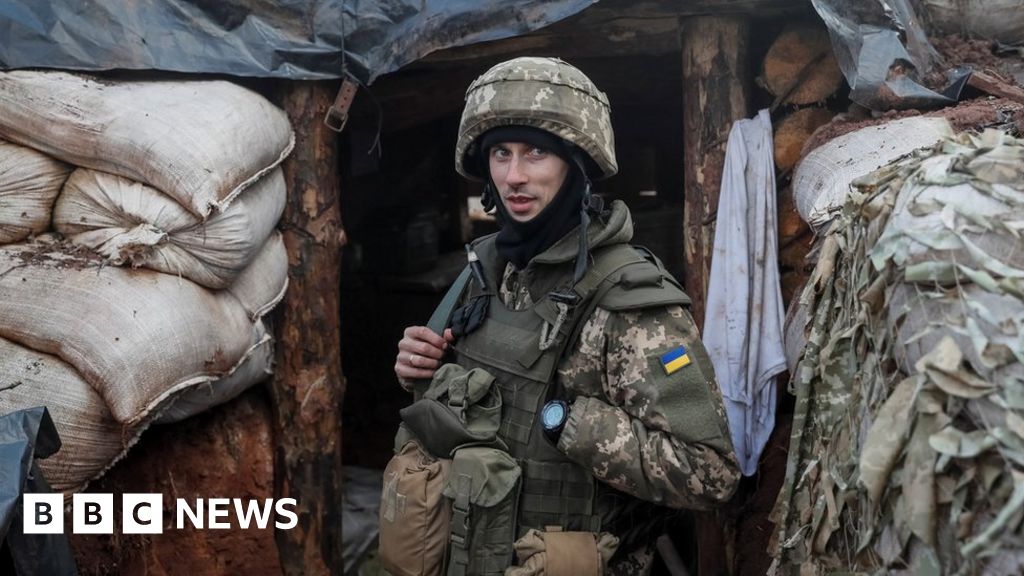 Ukraine crisis: Five reasons why Putin might not invade

Despite warnings from the West, there are reasons to believe Putin won't launch a full-scale invasion.
www.bbc.com
Last edited: Feb 21, 2022
R

Our brothers and sisters from around the world do not want war period. WE want to live in peace, love and prosperity.

Why do politicians everywhere not get it?