@ABC7Chicago
please look at Bobby Crimo “Awake” video on You Tube or Vimeo. He’s been thinking of mass murder for some time

Sigh. Another one who should've been in an institution before he hurt people.

Yup. His entire motivation for doing this could be to harm his family.
I

Lycanthrope said:
There's plenty in here I agree with. But relevant to the bolded, here's the thing:

1) American culture in the modern day is predicated on entitlement. Accompanying that entitlement is too many people adopting the mantle of victim when they don't receive what they feel they deserve.
2) Bullying, much like guns has been a fixture in American life since its founding. Why do we have to address that now, and not guns?
3) Economic survival dictates that some families have to have two working parents. It cannot be avoided, not without major social programs in place to help single income families make ends meet.
4) The internet (and its accompanying devices) definitely foster a sense of isolation and lack of community. Not sure what can be done there beyond an individual commitment to reduce one's personal time online, and hope for enough people to do the same until we reach critical mass.
5) Demonization of others (women, minorities, LGBTQ, etc.) definitely exacerbates the fear and hatred in a culture already brimming with it.
6) I most definitely agree that in the last 10-15 years there's been an almost concerted effort to belittle intelligence, to mistrust scientific fact in favor of faith, and to sow contempt for education. I consider it a direct threat to national security.

So we have all these factors working against the fostering of an intelligent, compassionate, community minded populace that doesn't have so many men reaching for guns to murder when things aren't going the way they like. It's not my intention to try and draw you into a long conversation (unless that's what you want ), I'm just wondering out loud what, if anything, can be done about it or if we are past the point of no return.
Click to expand...

Add in a culture that glorifies consumerism and leaves behind those who don't earn enough. Add in a work culture that gives a fraction of the Western norm for family time. Add in the wealthy worlds worst income disparity. Add in a level of political division that is wider than in other wealthy nations, and more closely embraces the extreme views.

I suspect there are a lot of contributing social factors that contribute to the gun violence, but since you will never get agreement to fix those issues, controlling guns better might be the only almost viable option.

Josie said:
Here's a possible picture of him:
Click to expand...

If that's him then we're going to see the media coverage change significantly in the very near future.

Location
Down the street

Josie said:
Here's a possible picture of him: 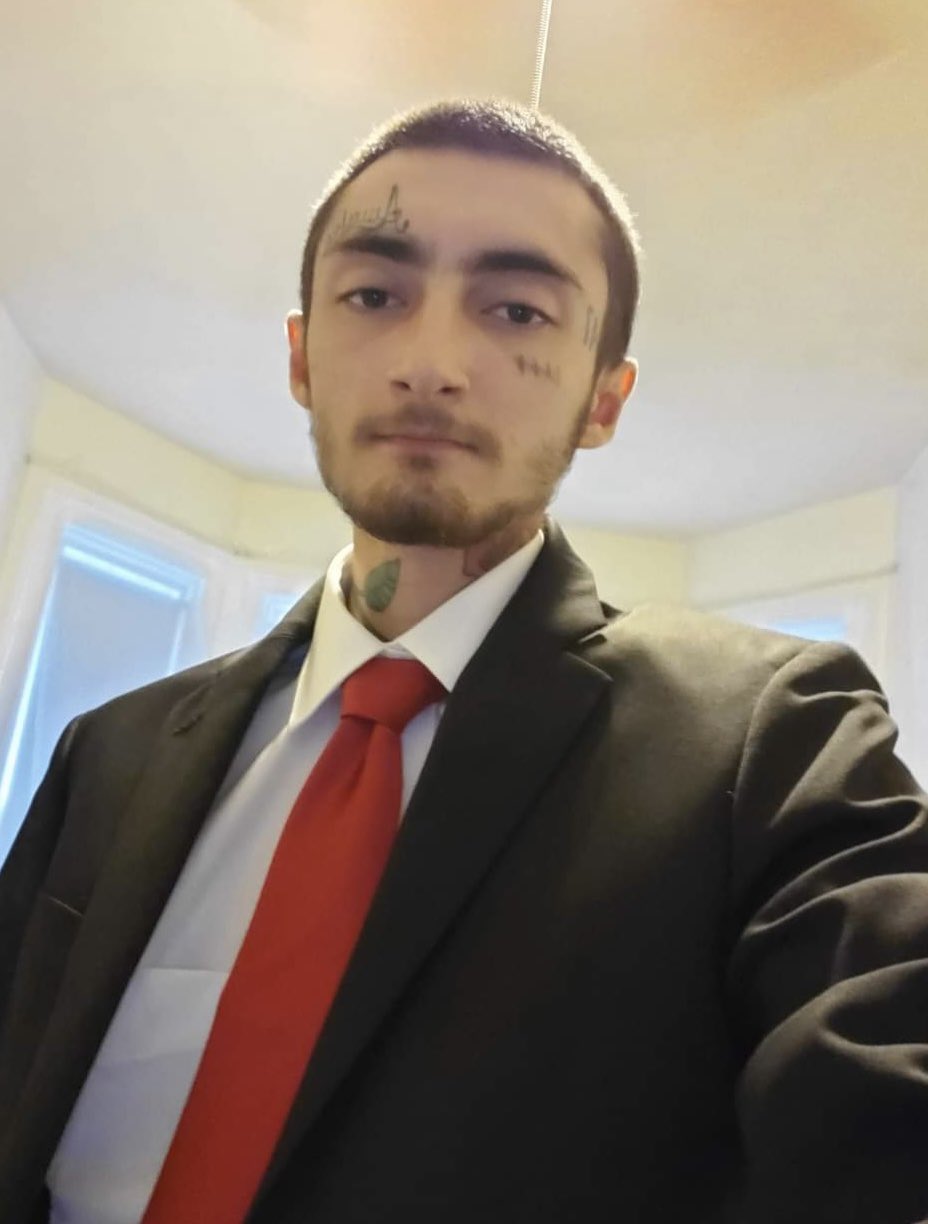 I saw those photo's and was going to wait until police actually release the photo, but if this is him at least we know he has a suit to either be buried in or wear to court.

He's got some YT videos online as well. Or did.

Taylor said:
You don't need to be "paid off by the NRA" to have reading comprehension skills.
Click to expand...

With Russian money, no less.

So crazy. This patriotic propaganda really sucks people in. 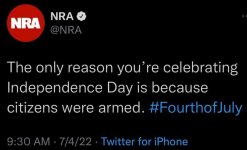 Which is especially stupid because countries like India gained their freedom without a shot being fired.

Location
Down the street

Lutherf said:
If that's him then we're going to see the media coverage change significantly in the very near future.
Click to expand...

NBC just posted a photo and it's the same guy.
V

Guns are ubiquitous in America - more guns than people. ...
Click to expand...

About 22% of Americans report owning guns.

There's a lot of them, but most people don't have one. 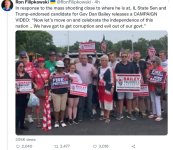 Another coward gets himself a high powered rifle and then goes after soft, defenseless targets. God bless America!

They never go after hard targets, like a police department or National Guard Armory. No, these ****ing ******s go after little children or ladies shopping or kids marching in a parade. The word "coward" should be made mandatory whenever talking or writing about these assholes.

Could we go ahead and bury our dead before we "move on?"

Tigerace117 said:
Which is especially stupid because countries like India gained their freedom without a shot being fired.
Click to expand...

Guns are used to repress people much more than to free them.

Stealers Wheel said:
Could we go ahead and bury our dead before we "move on?"
Click to expand...

What else can a Republican say?

Where’s this at? I’m not finding it.

Bobby Crimo (Born September 20, 2000), known professionally as Awake The Rapper, is an American rapper, singer, songwriter, actor and director from ...

www.imdb.com
That is his IMDB too... wtf.

There's a lot of them, but most people don't have one.
Click to expand...

22% report owning guns. That says nothing about how many actually own them, how many have access to one, or can procure one or more easily.

Josie said:
Where’s this at? I’m not finding it.
Click to expand...

Bodi said:
So much would be solved if SCOTUS took its head out of its ass and instead of being paid off by the NRA they read the 2nd as it was intended... that gun owners are part of a well regulated militia and any body not participating in it lose their guns and be denied gun ownership.
Click to expand...

We'll tell them you said what was intended by the 2nd Amendment. That should do it.

I survived. Suck it, Schrodinger.

Tigerace117 said:
Which is especially stupid because countries like India gained their freedom without a shot being fired.
Click to expand...

Indian rebellion of 1857......just one of many "without a shot fired" incidence's that eventually led to Indias independence.
Read your history.

@ABC7Chicago
please look at Bobby Crimo “Awake” video on You Tube or Vimeo. He’s been thinking of mass murder for some time

Sigh. Another one who should've been in an institution before he hurt people.
Click to expand...

Guess that is the guy they are looking for ?

Lycanthrope said:
I do not accept that guns are not the problem. I acknowledge that guns (specifically their ubiquity in America and the ease of accessibility) are most definitely part of a large, complex problem requiring more than one shot (pun intended) approaches.

What I also acknowledge is that in the current American climate of partisan rancor, demonization of the other, and toxic masculinity/individualism there is little that can be done that will have a meaningful impact. We need a collective paradigm shift and we as a collective are not ready to accept that need.
Click to expand...

Well you havent articulated an argument that supports your feelings on guns, so I'm not considering it then. They are part of the problem, a symptom, but not what should be the focus of the solution.

I also felt that you practically dismissed bullying...which is at an all time high and spread....due to social media. And it also involves what I discussed about the emotions of all kinds that emerge from the recognition of the LGBT community/students and the effects those have on all kids and many adults. That's also a driver of bullying. It didnt exist since the time of the FFs. It can be solved, it's amazing you dont believe that's something that can be remedied (from both your prior posts, that's stated and inferred.)

You spoke of a lot of choices. Choices that families and individuals can take...so how can they be impossible to change, or be unlikely? Every single 2-parent family can make lifestyle changes, move, etc and change their parenting and have 1 stay home. These are choices...and yet you want to IMPOSE gun laws on people, take our choices away? I just dont get it. Do you know our/our family's risks and circumstances?

Bum said:
Indian rebellion of 1857......just one of many "without a shot fired" incidence's that eventually led to Indias independence.
Read your history.
Click to expand...

“Eventual”? India literally wouldn’t get independence for almost another century.

The rebellion of 1857 was so “succesful” that the leaders got strapped to cannons and blown into a million pieces.

You make the NRA seem like a shroud of ghouls.